Character is like a tree and reputation like a shadow. The shadow is what we think of it; the tree is the real thing.
-Abraham Lincoln As Lagosians set to go and vote for the man of their choice between APC AND PDP, one of Nigerians fast rising most outspoken lawyer and activist has spoken his mind out as regards the much maligned comment by Oba of LAGOS
Speaking to CERUTTI MEDIA POLITICAL PLATFORM, Barrister Olusegun  Bambose stated that: ‘’Traditional rulers, ethically are expected to be non partisan. In essence they are not to meddle with politics. They are custodians of culture and traditions. Our Constitution did not spell out any role whatsoever for traditional rulers in Nigeria, even though there have been serious agitations for them to have such being the oldest politico-cultural institutions which has always served as the pivot for social security, National cohesion and meaningful socio-cultural development. Many have suggested advisory roles for the traditional rulers in Nigeria in such a way that the performance and conduct of traditional rulers do not conflict with the interest of peaceful co-existence and good governance.
‘’They are to play a unifying role in the society. Now on the issue of the Oba of Lagos who threatened the Igbos with death, should they refuse to vote for a particular candidate of his choice. This statement credited to the King is unconstitutional and unacceptable in a civilised society like ours. His role as a traditional ruler has been put in disrepute.
‘’The statement will not in any way promote healthy democratic principles and peaceful co existence of his subjects. He remains the traditional father of the subjects under his domain and also the community Chief envoy. The Constitution guarantees the fundamental rights of every citizen; of relevance here is freedom of expression, freedom of association and freedom of speech. In essence, the statement is constitutionally offensive. It is however heartwarming that APC national leader has come out to clear the air that the king did not speak on behalf of APC as a party. 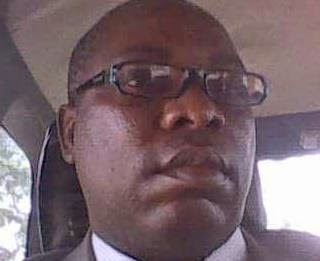