One time Nigeria national team skipper and wing wizard, Chief Segun Odegbami is a brand I  have never hidden my love and high esteem  for, perhaps largely due to his immense talent in the beautiful game of soccer and in the fine art of writing
Odegbami is a man I always stand to greet him in any social gathering that he is present, for over 3 decade now, he has consistently written a lot about life and about football
This is raw God given talent that sadly the country is yet to maximize. In other advanced nation, men like Odegbami-learned and exposed will be made to be in charge of our football or made a sports minister in one hand
Yes, I can’t deny it, I love to celebrate the brand, Odegbami and not so long ago, this writer did a big scoop on him, titled, secret of the force behind his brand. 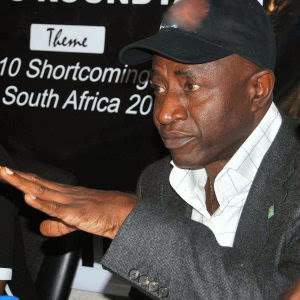 The crux of today’s message is however not just on the man Odegbami in football, the issue at hand is based largely to the much talked about Presidential election, billed for this weekend
Writing in his thought provoking column in Complete Sports today, Odegbami was point blank on the presidential candidate of his choice. Hear him: ‘As a representative of generation of past sportsmen and women in this country there is no bases to join those endorsing a continuity of what obviously has been a colossal failure, for that reason I have decided that when it comes to the moment to cast my single vote, it will be for change from the failure of the past, and for audacious hope of future’’ 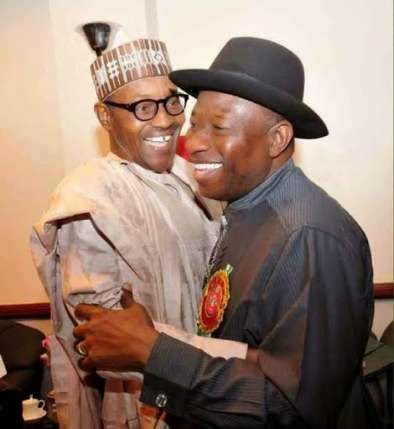 Mathematical Odegbami was also at a lost to see how many ex soccer stars are campaigning for the present Government and wondered aloud: ‘ I have observed that some athletes active and retired, have publicly endorsed the incumbent president, and I wonder why, because successive government have never understood and used sports seriously to address the issues of youths, unemployment, infrastructural decay and financial brigandage going on in the sector, it has been agonizing watching the country fail to use the power of sports to positively impact and engage the youths, and to drive the development of domestic sports and join the global sports industry one of the  fastest growing in the world
‘’I look around at all the national sports structure and institution put in place by our country’s founding fathers at the start  of our emergence as a nation, and I weep’’
That is just a tip of why Odegbami says he is routing for change 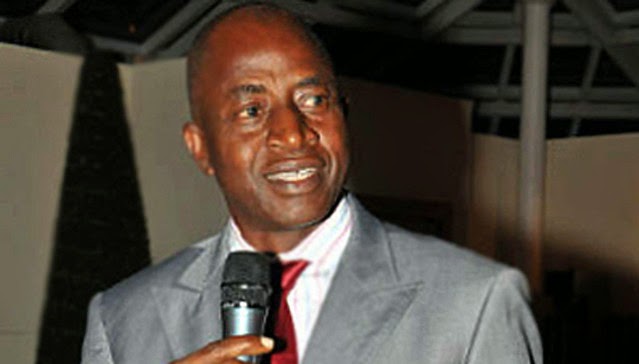