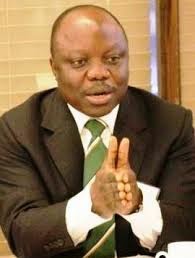 *Helen Keller was point blank right when she mused thus Optimism is the faith that leads to achievement. Nothing can be done without hope and confidence.


Now for all his effort to take Delta to a level of dependence beyond oil, the  Silver bird Group not so long ago, named Delta State governor, Dr Emmanuel Uduaghan, as Man of the Year 2014, in appreciation of his achievements.


It was a most cheerful Governor that expressed gratitude over the award and in a revert to a text message to CERUTTI MEDIA, the Governor admitted that he was most humbled by the award and dedicated it to God and good people of Delta


Penultimate week, the state commissioner for Information, Mr Chike Ogeah, said: “Just as he ended 2014 on a winning note, Dr Uduaghan began the new year with another award as the Silverbird Group named him its Man of the Year for 2014.


“His sterling performance in health signposted by the free medical care for children and the elderly as well as the free maternal care for pregnant women, and the micro-credit scheme where over 111,000 Deltans have been empowered to set up their own businesses, were highlighted as part of the programmes Nigerians who traditionally vote for the winner elected Uduaghan the winner.”


According to Ogeah, “The governor’s massive investment in infrastructure and his success at restoring and sustaining peace and security in the state won the admiration of Nigerians who voted for him.


“The award was decided through popular vote open to all Nigerians and is the latest in the critical appraisal of Uduaghan’s administration by the media.”


The award, according to Ogeah came on the heels of the three he won in the last weeks of 2014, which include The BusinessDay Governor of the Year award in health category in its Good Governance and State Competitiveness Award.


“The award is a just reward for a man that has devoted his energy to creating a new national mentality on development through his Delta beyond Oil initiative.” 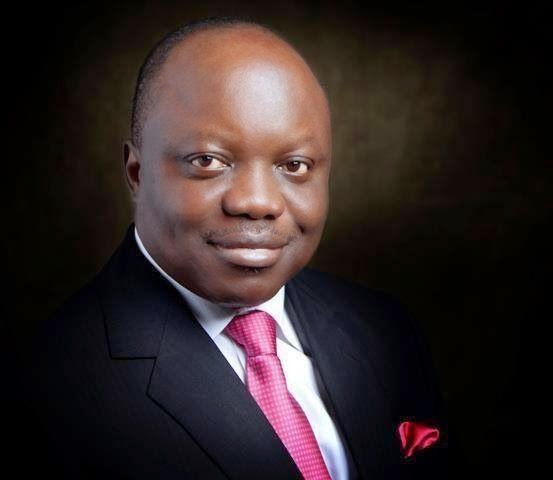 Dr Uduaghan  was born on  22 October 1954 and he assumed office  on May 29, 2007 as a   member of the People's Democratic Party (PDP). A medical doctor by profession, Prior to becoming Governor he was the Commissioner for Health, Delta State and the Secretary to the State Government Uduaghan ran again for governor in the 26 April 2011 elections, and was reelected


Emmanuel Eweta Uduaghan was born on 22 October 1954 in Warri North Local Government Area in Delta State of Itsekiri origin. He attended Federal Government College, Warri (1968–1974), and the University of Benin (1975–1980) earning a Bachelor of Medicine and Surgery (MBBS) degree, and a Diploma in Anaesthesia. He is married, with two children. His wife, Roli, is the daughter of Brig. General Sunny E. Tuoyo (Rtd), at one time Military Administrator of Ondo State.


Emmanuel Uduaghan began work in 1983 at the Delta Steel Company, as a medical officer. From 1989 to 1994, he worked in a number of hospitals including Westend Hospital, Warri; Benoni Hospitals, Benin City and Shell Hospital, Ogunu, where he was a Consultant Anaesthesiologist. In 1994 he set up a private medical practice. He was held the positions in the Nigerian Medical Association in Warri, Bendel State and Delta State. He was also active in the Junior Chamber International (Jaycees) leadership development organization.


Emmanuel Uduaghan was a founding member and Chairman of the All Nigeria Congress Association for the Warri South Local Government Area, a founder and executive member of the Grassroots Democratic Movement (GDM), and a foundation member of the PDP. On 6 August 1999, the Governor of Delta State James Onanefe Ibori appointed Emmanuel Uduaghan as Commissioner for Health, Delta State.


In this position he improved the pay of medical staff and upgraded infrastructure. On 6 June 2003, Uduaghan was appointed Secretary to the Delta State Government In November 2008, Uduaghan and State Chief Justice Rosaline Bozimo approved establishment of sanitation mobile courts to prosecute sanitation offenders in the State


Uduaghan ran again for governor in the 26 April 2011 elections, and was reelected. He gained 525,793 votes, while Chief Great Ogboru of the Democratic People's Party (DPP) was the runner-up with 433,834 votes