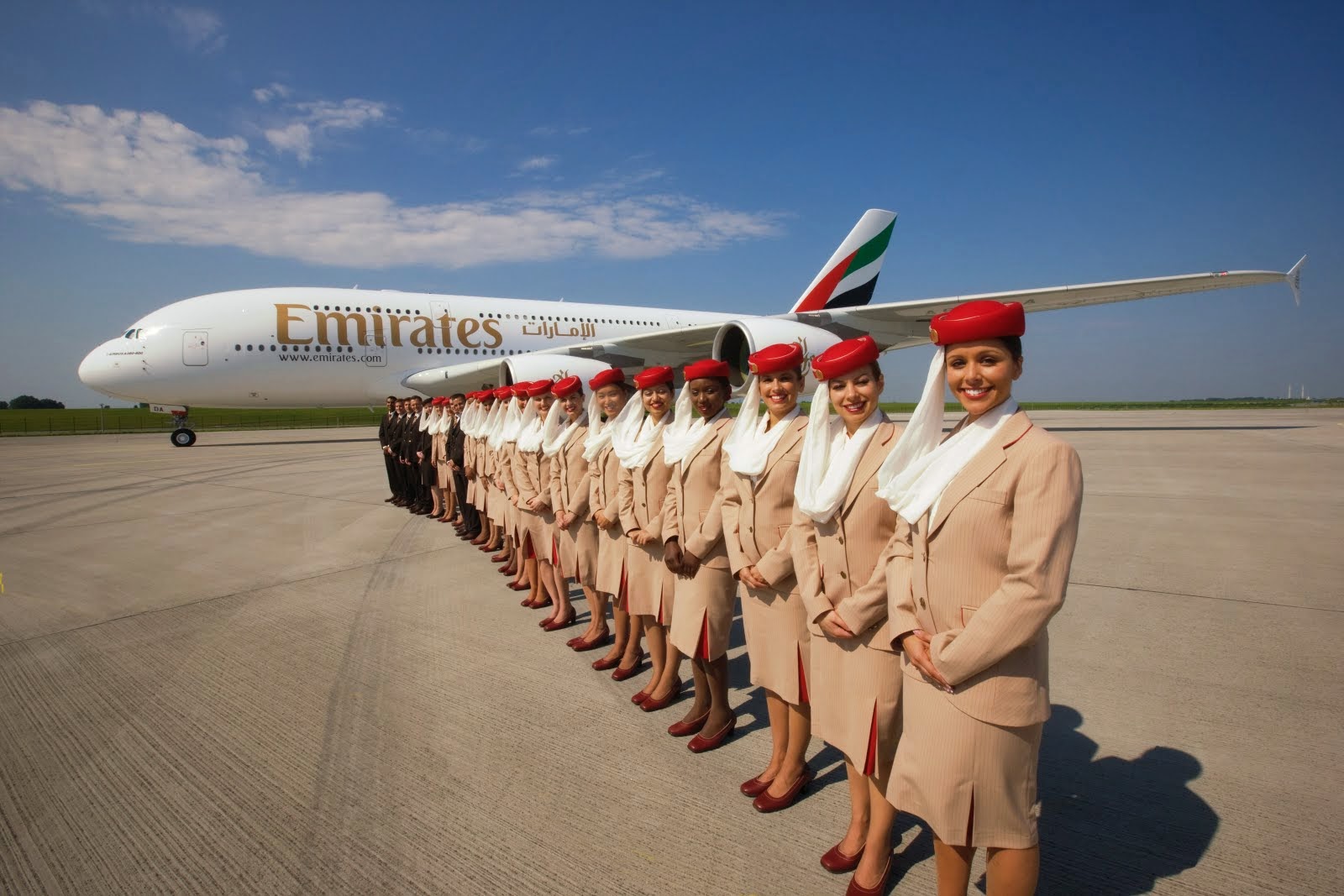 It  is a union of two loved  brands coming together for big partnership duel.
Yes, Emirates and AC Milan have formally  agreed  to a new five year sponsorship deal, extending the airline’s presence on the club’s shirts until the 2019/2020 season.
During a press conference at the Club’s headquarters, Casa Milano, Sir Tim Clark, President Emirates Airline and Barbara Berlusconi, President AC Milan, discussed the synergies between these global powerhouses which have made the partnership so successful.
“It’s a double celebration for Emirates today as we deepen our relationship with this great city, heralding two iconic moments, the renewal of our AC Milan sponsorship and introduction of our dedicated A380 service to Milan this evening. It is only fitting that we are re-signing with Italy’s most well-known football club, on the same day we land the world’s largest aircraft – our flagship A380 - in Milan,” said Sir Tim.
“As the most awarded football clubs in the world AC Milan’s strong global appeal and ambitious approach to the game closely mirrors our own, making them an incredibly valuable partner for our brand. A global fan base, a commitment to quality and the ability to connect people are just a few shared values that have helped to make this partnership so successful over the last seven years.” 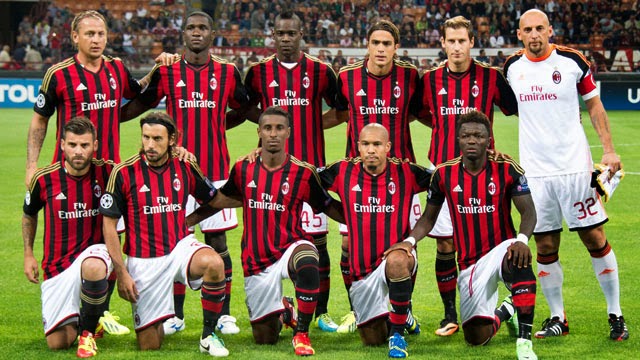 In addition to the Emirates brand appearing on the front of AC Milan’s playing and training kits, the new agreement also includes branding within San Siro Stadium, The Emirates Lounge - a dedicated in -stadia hospitality suite, sponsorship of the youth team as well as a number of marketing rights.
“This is an important day for AC Milan, the city of Milan, but also for Italy. An important international player such as Emirates decides, in fact, to invest with conviction in AC Milan and in Italy. We share many common values: quality, style, innovation, professionalism, and a winning spirit. Emirates, with its aircraft and infrastructure, connects the whole world. Also AC Milan, through the red-and-black passion, connects more than 370 million fans in all continents,” said Ms Berlusconi.
“I’d also like to underline the importance of the arrival of the A380 in Milan. An aircraft fitted with every comfort, technologically advanced and able to transport a larger number of people with less impact on the environment. This is news that is of great value and importance to our country.”
Emirates first signed a sponsorship agreement with AC Milan in September 2007. The following year, the relationship was elevated to Top Institutional Sponsor. The prestigious shirt sponsor deal, spread over five years, first became visible in the 2010/2011 season.
As one of the most successful clubs in Europe, AC Milan is an integral part of Emirates’ sponsorship portfolio which extends across multiple sports and cultural events.

AC Milan will visit Dubai later this month to compete in a friendly match against Emirates sponsored Spanish club Real Madrid. The fourth iteration of the Dubai Football Challenge will take place at The Sevens on Tuesday 30th December 2014.
Emirates first began flights to Milan in April 2000. Since then the airline has increased its flight frequency to three daily, offering non-stop flights to both Dubai and New York from Milan Malpensa International Airport.
ENDS - 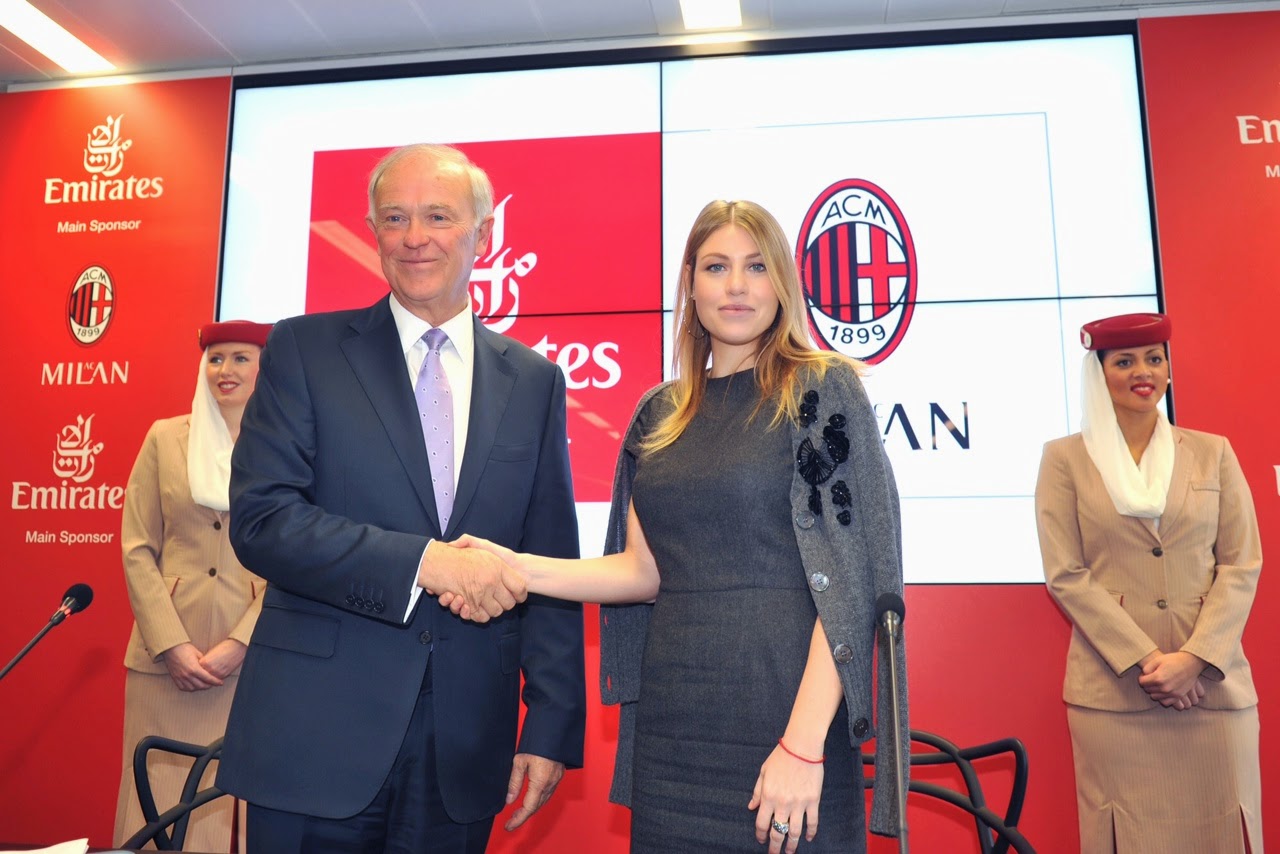