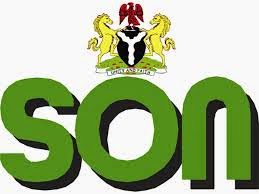 the Director-General, Standards Organization of Nigeria, Dr. Joseph Odumodu was in LAGOS for a world press conference to mark the 2014 World Standards Day in Lagos
He made alot of revelations chief of which was how he plans to stop evil called African  time, in his words, I HATE IT TO POINT OF DEATH, when I resumed at Standard Organization of Nigeria as DG, we made a lot of several hundred thousand naiara, by my creating a law, if you are late you pay so so amount of money, if you are late for meeting or office you pay a huge fine and we made big money to the extent that now no one comes late to our office and we are no more making money’’ he CONFESSED 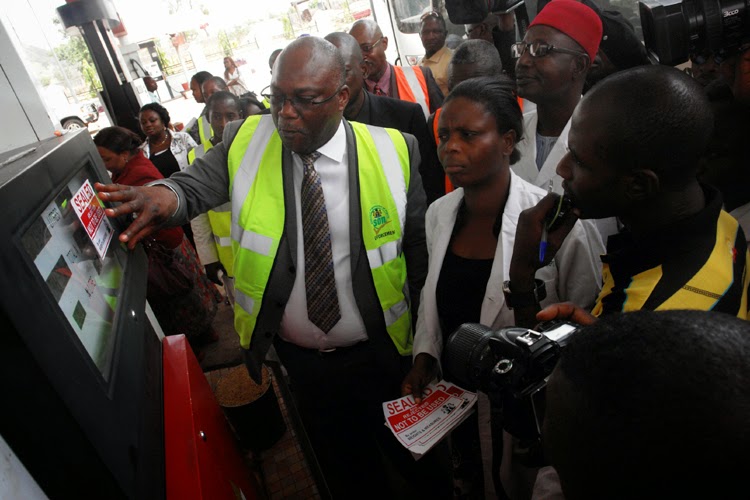 The Director-General, Standards Organization of Nigeria, said Nigeria can win big in the standard war te day they start respecting Time because time is money and no wise man wants to waste money
At the event,  the Director-General, Standards Organization of Nigeria admitted that the level of substandard products in the country has dropped to 40 per cent from 85 per cent in the last four years
Odumodu,
said the huge national quality infrastructure deficit left by several years of neglect contributed to the high rate of substandard products in the country with over 80 per cent recorded as of 2011.
The 60 per cent reduction, he said, meant that four in 10 consumer products in the Nigerian market were still substandard.
Odumodu added, “Upon assumption of office, I commissioned a study to know the state of affairs and discovered that substandard goods’ prevalence was above 80 per cent in consumer goods. I was not aware of any other country with that kind of statistics.
“So much has been done to stabilize but we are not where we hoped to be by now or where the rest of the world is. My conclusion is simple; borne out of global reality, all hands must be on deck to pull us out of the wood and join the global standards train.”
According to him, despite the country’s huge Gross Domestic Product, it still participates in the world trade as a provider of cheaper commodities, including oil and other raw materials, leaving almost all the most lucrative trade in manufactured products to countries that can add value to raw materials.
The SON boss noted that the share of the global trade was a function of proven capability and developed national quality infrastructure.
The organisation, according to him, recently upgraded its testing laboratories to five, covering less that one per cent of the product and service range, while countries like South Korea and South Africa had about 7,000 and 340 testing laboratories, respectively.
“Our large population hungers and thirsts for the products and services of other countries, rightly considering most locally made brands as inferior or substandard,” he said.
Odumodu said apart from a few brands, most Nigerian brands had remained largely local, contributing little to the nation’s GDP.
“Standards are universal; there is essentially nothing like Nigerian standard or Nigerian time. Anything that falls short of the global setting is substandard. Standards, therefore, must start with each person, organisations and communities. Made-in-Nigeria for the world means thinking global even if you are playing local,” he added.
Odumodu canvassed the adoption of the ISO 9001 quality management system, which he said was the standard for facilitating trade and disseminating innovative advances in technology as well as conformity assessment practices.