‘It Is New Dawn for Togo under President Faure Gnassingbé’ 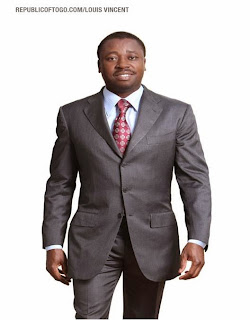 Vouloir, c'est pouvoir.  Is a very popular saying in french, which when Translated in English  means ‘To want is to be able," it  might  also be stated as "Where there's a will, there's a way." Ever since we at CERUTTI MEDIA  posted the promo of Togo being one of Africa’s new tourist destination, several callers popped in to ask, and many via email of why will small TOGO be  held in high esteem? In our usual way, we will rather put in lunch table of the expert to satisfy what our readers probing questions and this week we have the pleasure of putting forward the man called Czar of French lifestyle, Jimi Sadare, the CEO of Sapphire Investment Ltd, who is in no small way an expert in Francophone world and big time player in the thriving Togo market 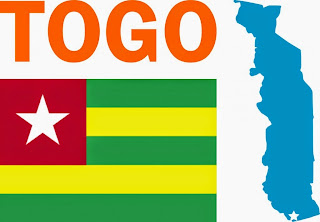 Since the young, dynamic and focused Faure Gnassingbé took over from his late father, a lot was not expected from him performance wise coupled with sanctions that had been put in place and also the countries relationship with its former colonial masters, the Germans which had been severed. All that is a thing of a past now as the Boyish looking American trained President has rekindled the relationship with the Germans and the E.U. and it has reflected by all the Massive projects that have been embarked upon and completed by his Government. Roads have been built on six lanes each to International standards from Hilacondji to Aflao borders ,Major roads within the capital ,Roads linking the South to the North which is the seat of Power, the new port which is undergoing construction and a host of other Top projects Q Why is The Togo President so well loved by his people 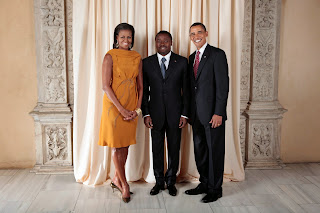 These achievements have mellowed the hitherto views held towards the President and his government, now viewed as a focused leader who has the love and genuine interest of his people and country at heart During Effrakatas recent trip to the just concluded Ekpe-Ekpe Festival of the South of Togo, many high-rise buildings on the major high streets of the capital Lome undergoing construction were noticed and this tells us that the time is just ripe for investors to move in and collaborate with the new lease of life Togo has been injected with. One can relate the same to Ghana, some years back till they got to where they are today. Sadare says there is a great deal to learn and cultivate about other cultures, lifestyle and ways of living that will be beneficial to us as a Nation and a People. As the saying goes “No man is an Island” Q: WE hear that you are already planning for your next big event, PLEASE TELL US A LITTLE OF IT our sister company, Effrakata Entertainment in conjunction with our Togolese partners are hosting a V.I.P.  Valentine Celebration Ball, featuring Top International francophone Afro-Zouk Artists and our own lady of style and Elegance, Jennifer Eliogu (Actress/Musician) with a Top Nigerian Fashion Designer Showcasing 2015 collections at an evening of love in Lome Togo. 14th February 2015. By popular requests, the Effrakata tours have since been extended to include trips to, Senegal,Gambia,Benin Republic. These destinations are accessible and made possible via Air travel by the Award winning,Lome-Togo based Asky Airlines which has a large network of routes on the African continent. *Jimi Sadare can be contacted @ www.Effrakatatours. Org 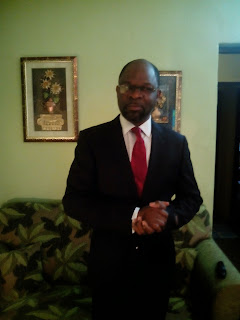