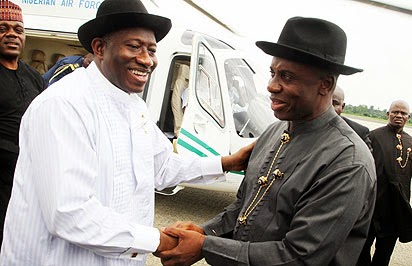 Was it not the legendary Xun Zi that once summed it up on the art of being a gentleman that: ‘If the gentleman has ability, he is magnanimous, generous, tolerant, and straightforward, through which he opens the way to instruct others.

A lot has been said of late about the chronic war between President Goodluck Jonathan and the River State Governor, Hon Rotimi Ameachi, that it could have been hitherto unheard of for the later to talk anything good of the later


But, alas, Rotimi has shown himself as a gentleman by describing the President as a good man -on one- on one base that is. Only a gentleman will talk well of his perceived enemy, no matter the scenario and that is what the Rivers Governor has done


Courtesy is as much a mark of a gentleman as courage says.Theodore Roosevelt and that is what the much maligned Ameachi did when he , spoke in Abuja on his relationship gone sour with the President and , insisted that he had no personal quarrel with President Jonathan, adding that if governance could be separated from the President, he (Jonathan) “remains a good man.”


He, however, regretted that the President “is supervising a highly corrupt government.”


He described the form of government being practiced in Nigeria today as diarchy.


While reacting to the invasion of the National Assembly by the police , Amaechi described the action as uncivilized, very pathetic and sad for Nigeria image and future
ROTIMI AMEACHI: PORTRAIT OF MISUNDERSTOOD MAN 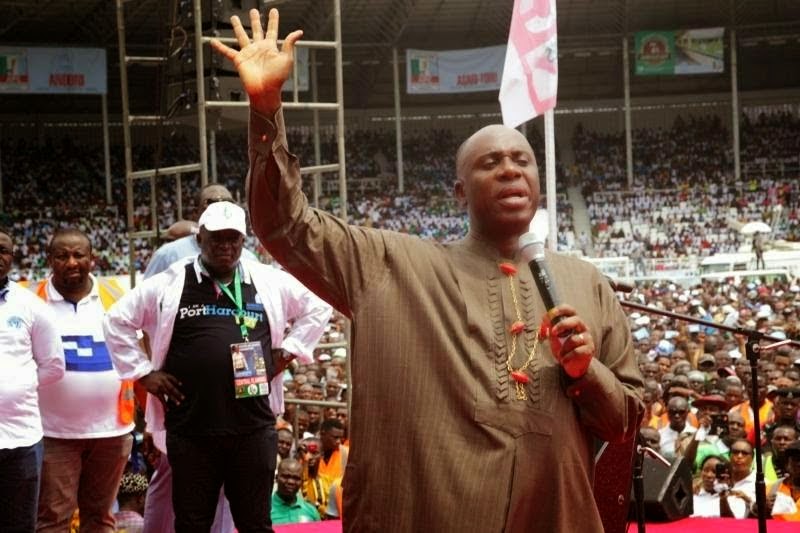 Who is Ameachi, many will want to know
Chibuike Rotimi Amaechi   is the 15th and current Governor of Rivers State, Nigeria, and hails from Ubima, Ikwerre Local Government Area of Rivers State
Amaechi cut his early teeth in politics as secretary of the now defunct National Republican Convention in Ikwerre Local Government Area of Rivers State. Between 1992 and 1994, he was Special Assistant to the Deputy Governor of Rivers State and also a member of the Board of West Africa Glass industry as well as Risonpalm Nigeria Limited.
He was the Rivers State's Secretary of the Democratic Party of Nigeria (DPN) caretaker committee after in 1996 during the transition programme of General Sanni Abacha junta.

In 1999, he contested and won a seat to become a member of the Rivers State house of assembly to represent his constituency. He was subsequently elected as the Speaker of the house of assembly. Amaechi was elected the Chairman of Nigeria's Conference of Speakers of State Assemblies. He was reelected back into the State house of Assembly in May 2003 and was also re-elected as the Speaker. In 2003 when the National Assembly moved to hijack the legislative functions of the State house of Assembly as enshrined in the constitution, he and his colleagues took the matter to Nigeria's Supreme Court and the court gave a judgment that the control and supervision of local government is the prerogative of the State house of Assembly.
He contested and won the PDP's primaries for Rivers State Gubernatorial race in 2007.His name was substituted and he took the case to highest court in the land, the Supreme Court. He became Governor on 26 October 2007, after the Supreme Court pronounced him the rightful candidate of the PDP and winner of the April 2007 Governorship election in Rivers State.
He was reelected for a second term of four years in April 2011. In addition, he has an ongoing refinery project in Ghana.
His administration invested in infrastructure development, construction of roads and bridges sticking to the vision of connecting all parts of the state by road. The governor is also committed to urban renewal and modernization of transportation services as his administration is building a monorail to provide mass transportation within the city of Port Harcourt. Some power plants projects (Afam, Trans Amadi, Onne) are also ongoing or nearing completion to improve power supply in the State. Chibuike Amaechi holds the National honor of the Commander of the Order of the Niger

AMEACHI, A LOVER OF BOOKS

A deep lover of books, Governor Ameachi, perhaps more than any Governor in Nigeria has contributed more in the Country in the drive to emancipate the people through books productionand reading, and has over the years brought in various authors and intellectuals to his state to talk to his people, all in a bid to make them see the importance of books and reading
No doubt, history may surely vindicate the just cause of Governor Hon Chibuike Rotimi Amaechi

* Cerutti OSAGIE can be reached on : youngchief@yahoo.com