NIGERIA @ 54: A COUNTRY LIKE PROVERBIAL '' CAT WITH NINE LIVES''

A Special Report  BY CERUTTI MIKE OSAGIE
A lot has been said of the proverbial meaning of cat with nine lives. According to a myth in many cultures, cats have nine (or sometimes seven) lives. The myth is attributed to the natural suppleness and swiftness cats’ exhibit to escape life-threatening situations. Also lending credence to this myth is that falling cats often land on their feet because of an inbuilt automatic twisting reaction and are able to twist their bodies around to land feet first, though they can still be injured or killed by a high fall.

Research globally has shown that although cats do not have nine lives, they do seem to. Cats can fall from tremendous heights and jump seven times their tail length. The well-known saying that a cat has nine lives has its origins in witchcraft. A book titled Beware the Cat written by English author William Baldwin during the Dark Ages in 1584 contained the phrase "It is permitted for a witch to take her cat's body nine times". Thus the idea that cats have nine lives.
SCIENTISTS have discovered that the purring of cats is a "natural healing mechanism" that has helped inspire the myth that they have nine lives. Wounded cats - wild and domestic - purr because it helps their bones and organs to heal and grow stronger, say researchers who have analyzed the purring of different feline species. This, they say, explains why cats survive falls from high buildings and why they are said to have "nine lives"
That is no doubt the  story of Nigeria, as the Country marks her 54 independence  anniversary, no doubt this is a nation with nine lives, she cant die, she will not separate, it is forever  a living Nigeria country with nine lives
NIGERIA: A PROFILE
Currently ruled by His EXCELLENCY  Dr 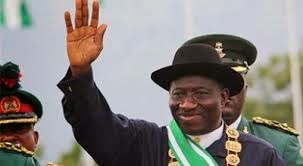 Goodluck Ebele Azikiwe Jonathan, GCFR, BNER, GCON,Nigeria  - officially the Federal Republic of Nigeria, is a federal constitutional republic comprising 36 states and its Federal Capital Territory, Abuja. The country is located in West Africa and shares land borders with the Republic of Benin in the west, Chad and Cameroon in the east, and Niger in the north. Its coast in the south lies on the Gulf of Guinea in the Atlantic Ocean.
The site of many ancient kingdoms and empires, the modern political state of Nigeria has its origins in the British colonization of the region during the late nineteenth to early twentieth centuries; it emerged from the combination of two neighboring British protectorates: the Southern Nigeria Protectorate and Northern Nigeria Protectorate.
During the colonial period, the British set up administrative and legal structures whilst retaining traditional chiefdoms. Nigeria achieved independence in 1960, but plunged into civil war several years later. It has since alternated between democratically-elected civilian governments and military dictatorships, with its 2011 presidential elections being viewed as the first to be conducted reasonably freely and fairly.
Nigeria is often referred to as the "Giant of Africa", due to its large population and economyWith approximately 174 million inhabitants, Nigeria is the most populous country in Africa and the seventh most populous country in the world.[15] The country is inhabited by over 500 ethnic groups, of which the three largest are the Hausa, Igbo and Yoruba. Regarding religion, Nigeria is roughly divided in half between Christians, who live mostly in the southern and central parts of the country, and Muslims, concentrated mostly in the northern and southwestern regions. A minority of the population practice religions indigenous to Nigeria, such as those native to Igbo and Yoruba peoples.
In 2014, Nigeria's economy (GDP) became the largest in Africa, worth more than $500 billion, and overtook South Africa to become the world's 26th largest economy. Furthermore, the debt-to-GDP ratio is only 11 percent (8 percent below the 2012 ratio By 2050, Nigeria is expected to become one of the world's top 20 economies.
The country's oil reserves have played a major role in its growing wealth and influence. Nigeria is considered to be an Emerging market by the World Bankand has been identified as a regional power in Africa. It is also a member of the MINT group of countries, which are widely seen as the globe's next "BRIC-like" economies. It is also listed among the "Next Eleven" economies set to become among the biggest in the world. Nigeria is a member of the Commonwealth of Nations, the African Union, OPEC, and the United Nations among other international organizations.