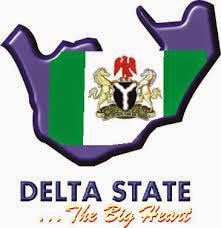 Delta State youths under the aegis of Youths for Good Governance (Y4GG) are drumming support for Delta State Peoples Democratic Party (PDP) gubernatorial aspirant, Dr Andrew Foubiri Warri for the seat of Delta State Governor in 2015.
The group in a statement made available to CERUTTI MEDIA GROUP and signed  by its Coordinator, Mr. Benson Osekavwebor enjoined the people of Delta State to support Andrew Warri who hailed from Ogbobagbene, Burutu LGA in his quest to become governor of Delta State, adding that evidence are bound that Andrew Warri had been the centre of attraction for many years for his special interest and passion as a change agent in Delta State and across Nigeria.
The statement which described him as a strong motivator, exceptional growth driver and selfless leader worthy of emulation pointed out that they are aligning with him because he had over time declared publicly that he is joining the governorship race in Delta State for the sake of humanity.
“This statement is considered to be true as he has over the years shown true kindness to local communities in providing adequate medical care and attention to those who needed it the most. In all honesty, Andrew Warri is presenting a ‘New Order’ in the politics of Delta State as he is the youngest among the governorship aspirants and he is the most adored by the youths of Delta State. He is a recipient of multiple industries and organisational awards for superior leadership performance and contributions,” the statement disclosed, adding that as a medical consultant to Niger Delta Development Commission (NDDC) on a Special Medical Referral Programme, he had to date treated surgically no fewer than 1,300 Niger Delta indigenes within and outside the country.
The statement mainatained that having worked in different capacity caring for the ordinary man in the society; the need to serve on a wider scale had made him to nurse the idea of contesting for the governor of Delta State where he would have the opportunity to better the lives of the people should he become the governor of Delta State..
“He is indeed a people-centric person that the people of Delta State must do well to embrace and work it in the future. Andrew Warri is an “Exceptional Achiever” that has the people in mind concerning everything that he is committed to doing. With his many qualifications, attributes and certificates, it will be fair to state here that he is the right man for the governor of Delta State,” the statement said. 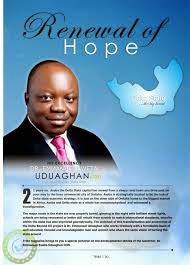 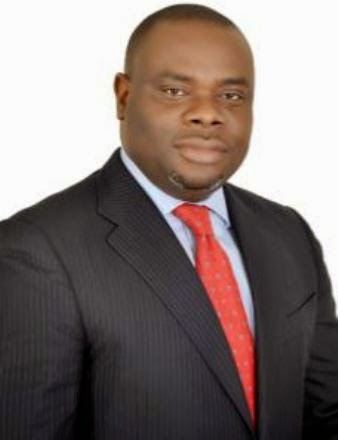 Meanwhile... Present at a  historic book launch in Asaba, the Delta State capital; penultimate week was man of the moment, Dr Andrew Foubiri Warri expressed fully satisfaction for the drive to work for the New Delta State that will emerge in the New dispensation

Speaking at the launch of the books, titled Missing Daughters and Derserts, authored by Mr. Gandhi P. Orubebe, AIG; Dr Warri did not only touched the grey areas in human existence and the need to embrace cooperative change movement, but also for the need for every citizen to stand for the integrity of the Nigerian state with attention being laid on justice and nothing less.
Dr Warri said “As Deltalites, we must come together to the conclusion that we are intricately and unavoidably tied together in a universal barometer. We must not keep silent when injustice is perpetuated against anybody no matter the tribe, religion or political party.”
He continued by saying that “injustice allowed anywhere, in the north, south, east or west is justice threatened everywhere.” This word expresses the kind nature of Dr Warri. No wonder people from afar and near, are keenly in support of his ambition in Delta State, because he is a man who inspires hope and confidence at any given time. Dr Warri, is an intellectual, with vast knowledge on the political chemistry in Delta State, and he clearly understands what change means to be people. His childhood story connects directly to what is primarily his passion as of today.
During his public lecture, Dr Warri further disclosed “We are caught in an inescapable network of mutuality, tied in a single garment of destiny. What holds us together is far beyond what separates us. We have a shared destiny. We must not allow anybody no matter his/her placement in society fan the flames of anarchy or inflame us to fanatical proportion.” He is truly, an apostle of peace, unity and oneness.
Dr Warri’s message is clear, ‘when there is Peace and Unity, development will be heavily present in our society’.
Dr. Andrew Foubiri WARRI, was the Chief Launcher at the occasion