Pastor Christian Oyakhilome -a top  Nigerian minister who is the founding president of Believers' LoveWorld Incorporated also known as "Christ Embassy", a Bible-based Christian ministry headquartered in Lagos, is calling on all those willing to live a fulfill destiny to learn to guide  their thoughts effectively
The very deep unconventional writer, author of several dozens of books, and blessed with branches of churches worldwide, recently outlined fiver steps all mortals can use to create their world via creating tier thought
In a paper made available to WORLD INDUSTRY LEADERS 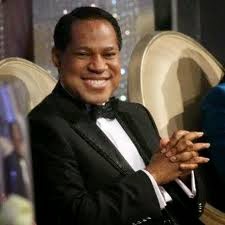 MEDIA, the anointed man of God pointed out
* The extent of your vision is the boundary of ones blessings

*Some define thoughts as imagination, but thoughts are more than imagination, for thought are powerful and they can live to you a glorious life or keep you on the sideline

*For how far one can see with his or her mind, through the power of thoughts is how much one will gather in life, hence we must discipline our mind and choose the thoughts we accept

*King Solomon, the wisest man that ever lives says as a man thinks in his heart so is he, hence we must direct our mind to think right thoughts and create that in us thought that will take us to Godly heights

* In conclusion, the immaculate man of God wants us to earn to see victory in advance and not failure, we must learn to thank God for even things yet not see, and that is how God wants us to think, by creating our thought in positive light not negative


ABOUT THE MAN OF GOD CALLED OYAKHILOME 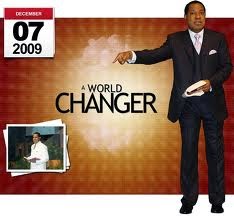 Christian Oyakhilome (known popularly as "Pastor Chris") is a minister who is the founding president of Believers' LoveWorld Incorporated also known as "Christ Embassy", a Bible-based Christian ministry headquartered in Nigeria.
His ministry runs several arms including the Healing School, Rhapsody of Realities (a daily devotional with global reach), and an N.G.O called the Innercity Missions as well as three Christian television channels: LoveWorld TV, LoveWorld SAT and LoveWorld Plus. Pastor Chris Oyakhilome's television programs feature his faith healings, miracles and large meetings which his ministry organizes around the world, with gatherings over 2.5 million people in a single night's event. He is one of the most influential preachers in Africa
Pastor Chris started preaching from his youth, holding large miracle meetings during his secondary and tertiary school days. His grandfather was also a Minister.
Pastor Chris' ministry has expanded rapidly beyond coasts of Nigeria and South Africa, and he now holds large meetings in the United States and has Healing school sessions in Canada, and United Kingdom. Pastor Chris has a strong following especially among youths and is notable for organizing the Night of Bliss South Africa a and Higher Life Conferences in Canada, United States of America, and the United Kingdom.
Pastor Chris Oyakhilome runs a global prayer network using social network platforms to send messages to Christians around the world regularly.
His account is @PastorChrisLive on these platforms, he currently has over 1.2 million followers on Twitter, as well as his own social networking website called Yookos.Pastor Chris is also the author of the world's number one daily devotional,"Rhapsody of Realities" which he co-authors with his wife Anita.It is currently available in 322 languages and distributed in 142 countries worldwide.Pastor Chris also hosts the annual Higher Life conferences in the UK,United States,Canada,Nigeria and South Africa.In 2010 the O2 Arena in London overflowed with an audience of more than 25,000 when Pastor Chris hosted the "Night of Bliss" conference.
*His daily devotional book, RAPSODY is one the most successful daily devo book in Africa today 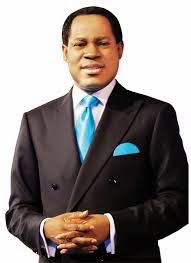