- July 05, 2014
A Weekend Delight  from the Cerutti Mike OSAGIE Signature Of Successful  People. 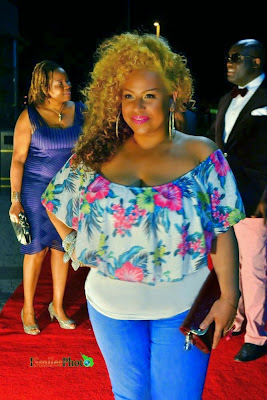 Miss-K dressed her curves to perfection last night,
for the premiere of  Nollywood Movie "The Broken Bride". 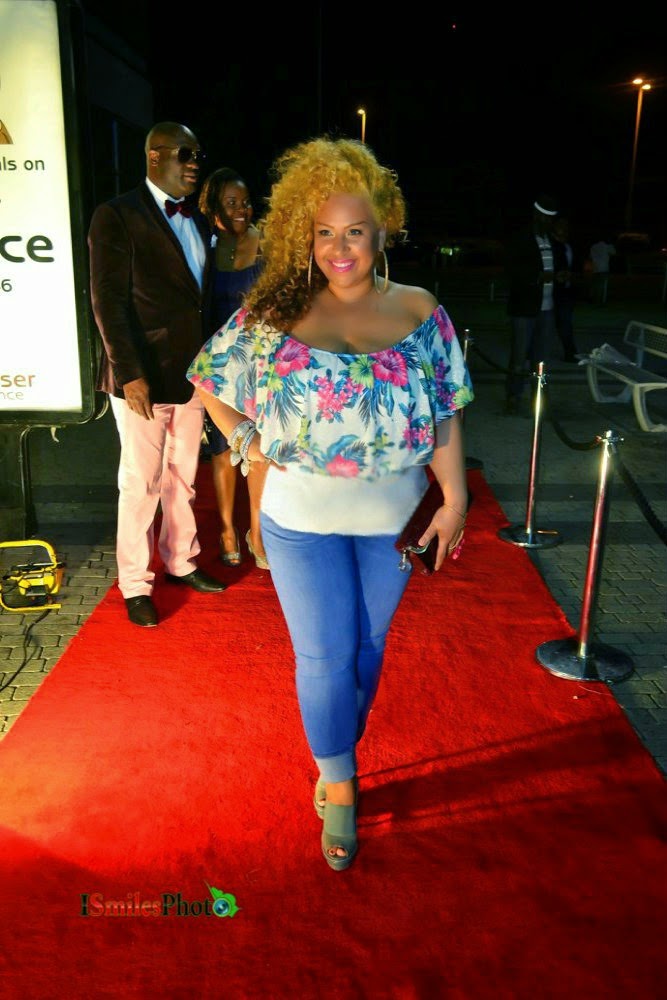 The Caribbean beauty who's first burst onto the
scene in 2007, after opening a concert for "The Roots" (American Hip Hop Group) and
then went on to become the first ever Afro-Caribbean Model who delivered quintessential performance to Telecommunication Giant, MTN  Nigeria in 2009, chose to dress down for the event,
only appearing wearing a denim jeans trousers and a colorful top and
sported an array of Swarovski crystals rings and bracelets .
She attended as one of the VIP guests, to show support to Nigerian veteran TV Broadcaster, Dame Julie Coker, who featured in the movie and to whom she relates to as her African Mama. 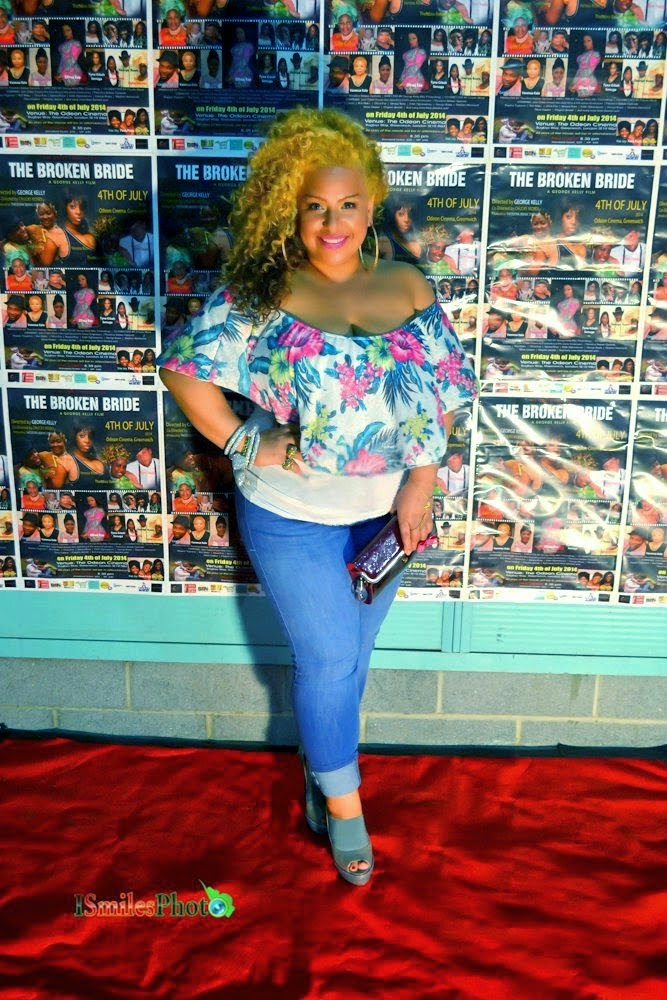 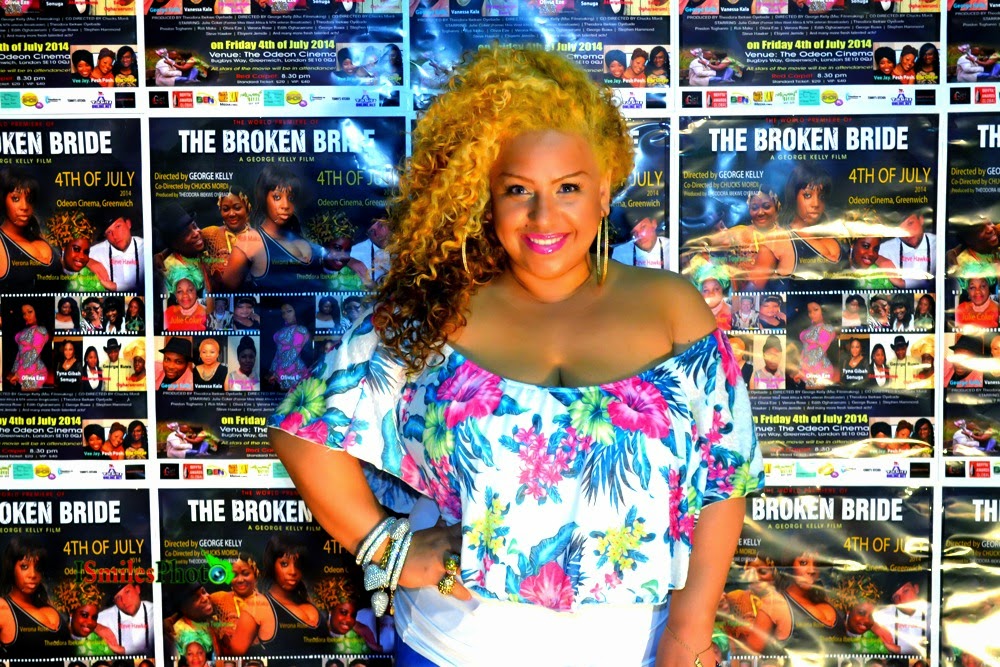 Miss-K 's easy breezy ensemble was far from boring.
The top she wore was detailed with hundreds of exotic flowers
which was designed by American Designer Gaze.