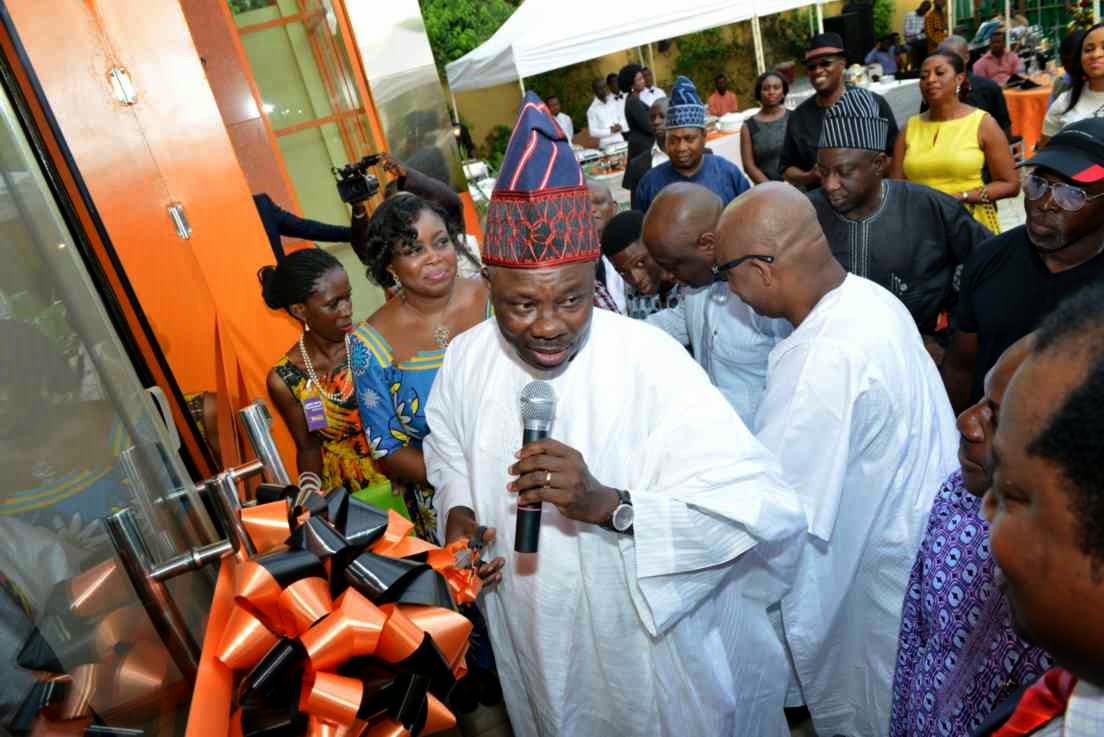 -Governor Ibikunle Amosun Advices Today’s youths
BY  CERUTTI  MIKE OSAGIE
Senator Ibikunle Amosun, the Executive of Ogun State has made a passionate appeal to the entire youths of today to imbibe the culture of speed in their lives in all they do in the New Year
The Governor says speed in all ramifications is one of the main factors that can take them to the next level in life as modern day CEOs all over the world are in love with speed! They are constantly ranting about the need for speed in new market entry, time-to-market, cycle-time reduction, and the resulting competitive advantage that speed can provide.
The Governor was speaking at the official opening of Home Inspirations, the up market furniture haven of Damilola Akinsete’s commissioning of her company’s flagship showroom, which is located on the Island in Lagos. 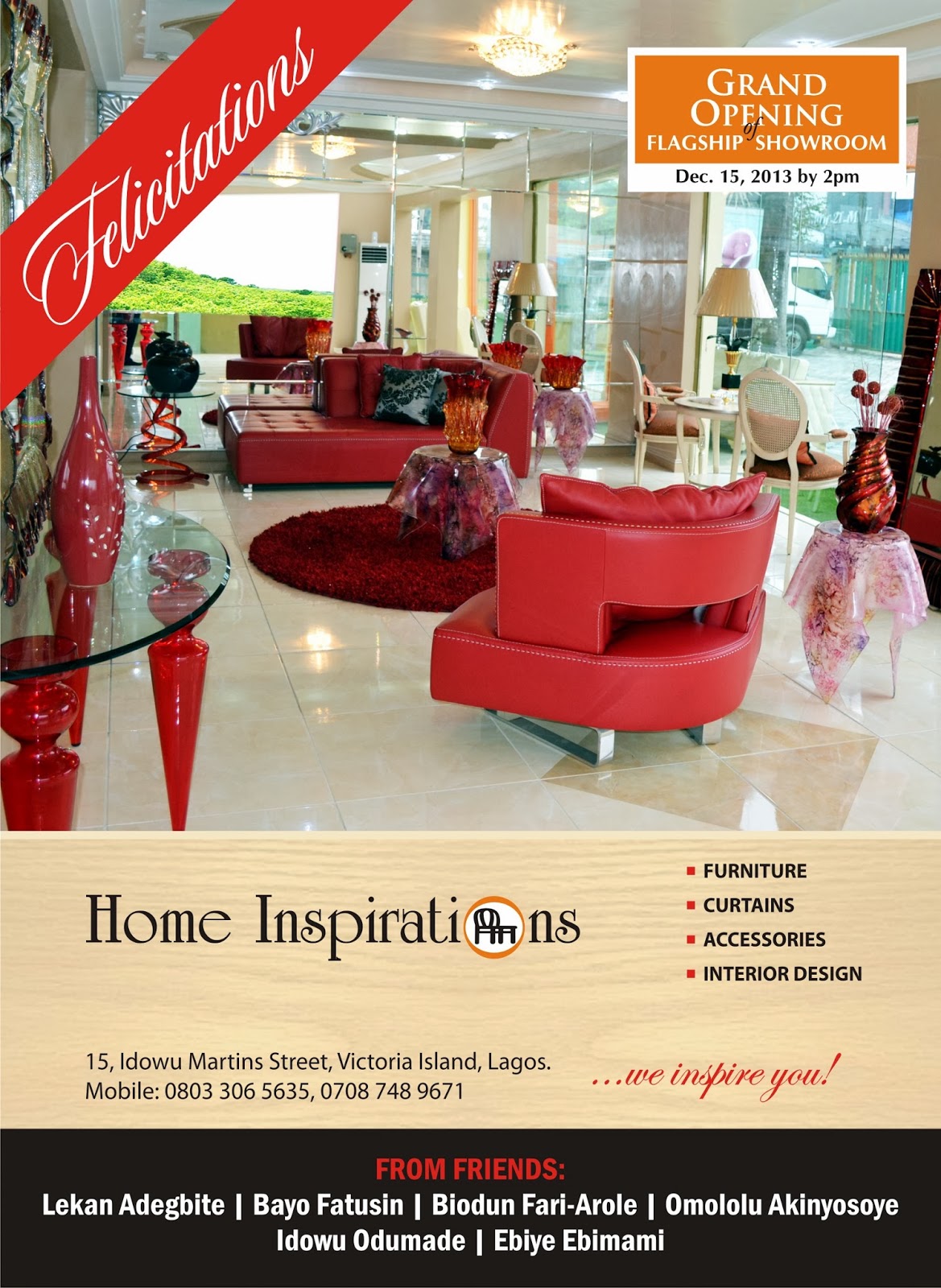 Governor Ibikunle Amosun of Ogun State, who officially declared the business premises open, confessed that he was attracted many years ago to the fast pace and meticulous delivery service attitude of the lady behind the furniture business and believe today’s youth can learn a lot from that speed culture
In his words: ‘ Speed is so important in today’s hyper-competitive business world that if you were forced to come up with a single word that best describes the current climate, “speed” would have to appear among the top descriptors. The business world is transforming at breakneck speed. Entire industries like print publishing, digital imaging, and entertainment are undergoing radical evolutions, displacing established leaders, and launching new ones, demonstrating that if you can’t keep up, you will be marginalized. 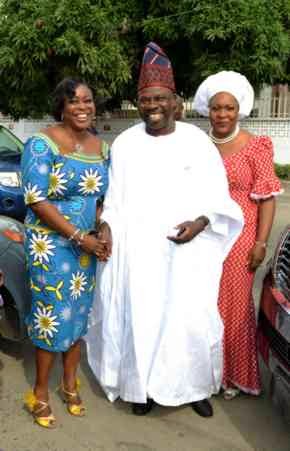 ‘The increasing speed of change should not be a surprise; society has for centuries focused on accelerating nearly everything, hence today, The most effective solution for increasing speed across the organization is the development of “a culture of speed.” Just like any other type of corporate culture, a speed culture permeates every department and business process, including hiring, performance evaluation, finance, decision-making, communications, and rewards. In order to maintain speed in a speed culture, every new program, idea, product, process, etc. must be evaluated for its impact on speed, not just when first considered, but continuously post-adoption as well. Most organizations are full of policies and procedures that once made sense but today are nothing more than barriers to speed and productivity, it is most ideal to therefore let every know the place of speed in business’ he stressed
.On her part, The CEO of Home Inspirations, Damilola Akinsete, says she was motivated to set up a flagship place because after being in business for record 20 years is not child play, it calls for glory to God, so it is the main event marking 20years that we see us cross over to a flagship shop that God built, not me, not man, to God is the glory, she posited 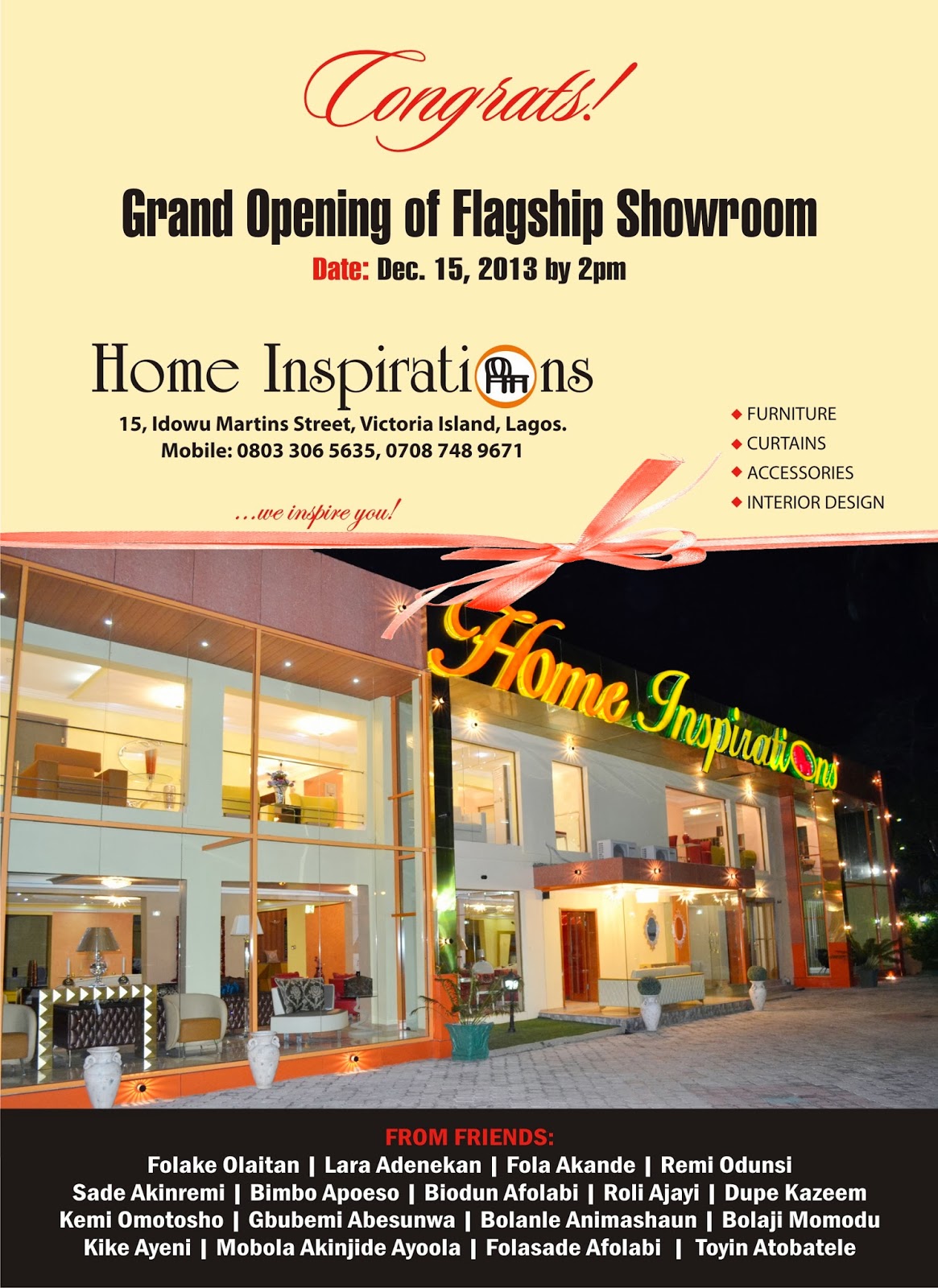