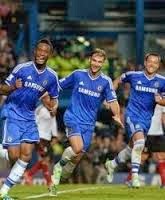 ‘’It was indeed a most emotional goal by sleek Super Eagles and Chelsea playmaker, John Obi Mikel. It was indeed a historic goal on Saturday, 21st September 2013 at Stamford Bridge before a packed capacity audience of 41, 608. AFTER a barren 185 English Premiership appearance without a goal in record seven years for the billionaire west London Side, Chelsea 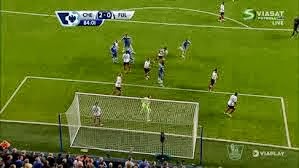 ‘It was historic in many front, apart glory for the player, it was unprecedented to see conservative British press giving that goal rave review, with even the respected METRO of London labeling it: ‘a collector item’.
‘’I predict that in years to come many will still be talking of that goal; it is a goal of hope to the hopeless; the barren women; the poor and the frustrated, that indeed behind every dark cloud, there is a silver-lining, it is message that no matter the delay, we can still have our dreams come true if we believe’’ -CERUTTI SAYINGS ON MARBLE
*This quote was fearlessly and wondrously crafted by Chief Cerutti M. Osagie, the Editor-In Chief, CERUTTI MEDIA GROUP. He successfully runs three blogs online and has passion for the luxury side of life-writing and studying the lifestyle of today’s members of the super rich club. His quotes and messages are proverbially inspired and mainly targeted to the young generational youths/future leaders, whom he often targets –in addition to an exclusive cooperate blue chip companies. He is the president, Global Youths of Nigeria Movement (GYONM)
HIS WORKS CAN BE FOUND @: www.worldindustryleaders.blogspot.com, www.cerutticlassicalcollection.blogspot.com,
www.mikefb
He can be reached 24/7 on:
+27 809632636/08161628925. Email alert: youngchief@yahoo.com/ photoscerutti@gmail.com

Web definitions
A collectable or collectible is typically a manufactured item designed for people to collect. In this respect, they are distinguishable...