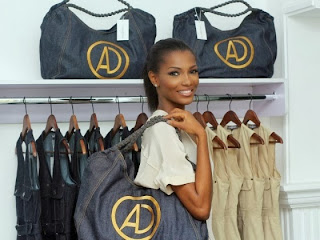 *She is pride to the global women and the entire black race
EXCLUSIVE TO AWARD WINNING BEST CELEBRITY PROLIFIC WRITER, 2013,
OSAGE MIKE CERUTTI,+ 234 8096322636
What an accomplishment from the one time Miss world?
NOW was it not the African activist and performer Nellie Onwuchekwa who once IMPARTED:  ‘’ No one can hope to accomplish anything great in this world until he throws his whole life, flings the force of his whole life into it’’
That perhaps is no doubt, what the strikingly beautiful Nigerian born former Miss world, Agbami Darego has just bring about, in yet another landmark movement. No doubt the big league playing Agbami is not a run of the mill figure, a life of playing in higher ground is now her forth
A lady of first, her smile and laughter when she won the revered Miss world crown in South Africa years back is still fresh in our memories, and now still growing strong and looking trimmed like yesterday, Darego is on  move again, with the historic set up of
Not so long ago, the first black lady to win the Miss world crown in far away South Africa, and then glamorously dressed by multi-talented designer Frank Oshodi, is again threading where many of global ladies dread to thread, when she launched her new style line called AD BY AGBAMI DAREGO, a denim line with various unit cut, add to that are bags and dresses
Now speaking on this new imitative, fellow Nigerian entrepreneur, fashion ambassador cum property tycoon, Abuja/Cape TOWN, based Cassandra MARTINA have poured massive encomium on Darego 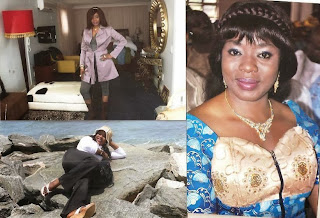 Speaking to us during the week, Mrs. Martina, the force behind CASSANDRA DESIGNS, was emphatic in her ovation and candid view on Darego: ‘’ I think she is pride not only to the average Nigerian woman, but to the entire African and black race as a whole
‘’AD by the onetime MISS WORLD, will make it big in African and will be globally accepted because as a former beauty queen and a fellow African she will know exactly what the average African woman will like and will want to go for, you must also agree that most of we African ladies are well endowed from the hip side and the rest 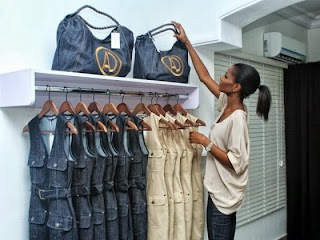 ‘’I am also extremely excited because our design world now have a new capable entrant, the Darego that are know is one that always aim for perfection and who will naturally want to be involve in every stage of designing of all AD items, from concept to the finishing/fitting to size of buyers.
‘’ I must confess as a fellow motivational speaker who love to help youth live their dream that, Agbami will end up as case study for the youths to learn from, she is living her dream, and you will agree  with the age old saying that the future belongs to those who believe in the beauty of their dream, many have resources and idea but they do not have ability to, put to practical term all  their dreams, Agbami  believed in what she wanted and pursued it with all her   strength and God inspired strength of style 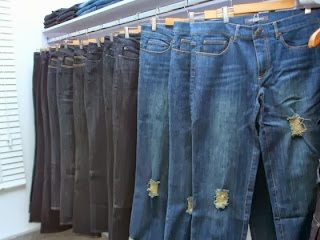 CASSANDRA: STYLE, FASHION AND TREND-SETTER FOR LIFE?
Though the thrust of the interview was on Agbami’s new initiatives, we felt it is only natural to talk of her person, in the past years gone by she had been describe as a versatile fashion designer, style ambassador and trend-setter, but of late she has been so involve in her pet project of property merchandising with her CASSANDRA ESTATE label
But in swift reaction, Mrs. MARTINA have come out with arms insisting: ‘’ Style is life, it is like breathing, it is like eating, it is like some religion, I may be into other areas that life has bestowed on me, like properties, charity services and even motivational speaking, but am not in a ready mood to bid total bye to fashion, it is my life, even when am not designing for sale and designing for my top government  and exclusive clients, globally’’ was her reaction if she is about quitting the needle and thread business