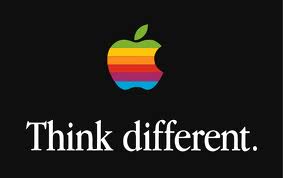 EXCLUSIVE REPORTS BY MIKE CERUTTI OSAGIE
Not so long ago, CORE GROUP, the official/authorized distributor of Apple computers was a guest to 2 West African countries, namely Nigeria and Ghana for a whopping  and on the spot enlightenment   seminar or workshop, so to say on the global new  drive of current technology in the new age technology world , where everyone, young or old is deemed to be  a Mobile Journalist(MOJO), in that exclusive audience was online expert, CERUTTI MEDIA GROUP, in this special report, lessons of the seminar is produced for your perusal

Globally speaking, the 21st century has often and on been depicted as a Knowledge based era whereby for anyone to survive, that person must have one form of capacity in technology advantage over another
It is in view of that warning that a Mobile Journalism(MOJO) workshop was recently staged in both Nigeria and Ghana, made possible by  the kind courtesy Apple computers/CORE GROUP AFRICA in a gallant effort to support the on the pen pushers. The CORE team was a crack team made up of   Taryn Hyam, Mbami Zondo,both from South Africa  and Sachin Verma, the CORE GROUP, country manager, West Africa

In her frank view, Taryn postulated in for of an advice that ‘’ we are in 21st Century, and it is only logical for all and sundry know and equip self with tools that can adequately better oneself in the technological world, or visa viz journalism world
CORE GROUP is the sole distributers of genuine Apple computers in several African countries including Nigeria, Ghana and Angola, to mention but a few, in Lagos, they have a newly opened ultra classic store inside the Ikeja City MALL
MOJO IN ACTION
Mrs Hyam,  rolled off the August gathering by offering a vivid description of MOJO, AS not only a mobile journalist, but went further by painting a picture of one who gathers news content on the go with aid of modernize mobile technology
Very quick on the arms or tools that best fits a Mojo player, was her suggestion of IPAD as a must have since it remains world’s most fastest, modern, rugged, trendy and accurate speed device to capture and record any news or events sharp and crisp-THESE advantages for Mojo players using IPAD is most sensitive because the law here is ‘’ IF you don’t break news you must find a way to make news’’
WHY IPAD FOR MOJO
The place of an IPAD cannot be over emphasized for the present day mobile journalist-or world be one, this is not just a run of mill talk, Hyam insisted that IPAD is vital cause
·         It eases work pressure and make working a thing of joy
·         It is a good tool to make one work with less stress
·          It is easy to integrate
·         It has over 850 apps
·         It has about 350 I apps
·         It has effective voice recorder
·         In this modern technological world, you must change ways of working and be trendy if you must remain relevant

HOW IPAD MADE THE WORLD AN IMFORMATIONAL VILLAGE
Giving a brief history of how Ipad joined other device to make the world a complete village, she explained that, current world technology took brand new phase via IPOD
·         ANALYSES
·         2001, IPOD launched
·         2004 face book came to forth
·         2005, YouTube came to the picture
·         2006, twitter launched
·         2007 iphone launched
·         2009, apps sales hit a $ 1b mark and 2010 IPAD launched, and has today changed the world and how news and breaking new s is vied, with ipad today, we do not only need newspapers and agency report to break news, anyone can use his ipad and break global news, in fact also with current online mobile journalism one can talk to any expert the world over without delay
ADVANTAGES OF USE OF IPAD/BRING YOUR DEVICE
(BRING YOUR DEVICE,BYD)
In her views, IPAD has played a tremendously role globally as it has helped many salesmen increase  their sales, field  service in construction sites to navigate which have been made more easy and now in major presentation or defending of proposal what we now see is the art called Bring your device and show us what you can do
EMBRASING SOCIAL MEDIA
Not just here to talk on ipad, the CORE GROUP Africa agents were emphatic in advising all on need to embrace social media. ‘’ It is here to stay, we must not fool ourselves by not being part of it, social media is here to stay and we all have no option that to embrace technology that can work across different  media
‘’ We must also get involve with current trend and be social,  immediate, easy to learn, very cost effective, always with us and it’s as ready as a TV set. We can operate in social media and be  our newsroom, but we must also imbibe  with the culture of being responsible not just post offensive items on line
FINAL LINE
Taryn Hyam was quick to advice:
·         ‘’ Always invest in good genuine tool, go for solid apps because  you have different options to choose from, and not that just because many apps are free does not mean they are not good
·         ‘’always be careful not to buy cheap and fake Ipad, see that you buy from original authorize dealer/retailer so that you can enjoy 2 full years guarantee
·         For those that want an IPAD and do not have ready cash, a deal can b struck with STANBIC IBTC BANK  and you can enjoy an IPAD deliver to your home within 24 hours with 12 months pay off if you have an STANBIC IBTC  ACCOUNT
*On the whole, it was a most interesting session from CORE GROUP, that is way to go, and we at CERUTTI MEDIA make bold to say that, big brands must put back from where they take-giving back to the people is  a sign of promise kept 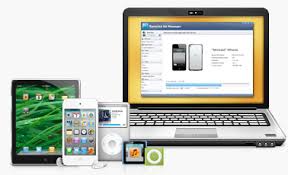