‘’THE PEOPLE KNOW WHO IS THE BEST PERSON AND BEST PARTY FOR ANAMBRA 2014 GOVERNORSHIP RACE’’, IMPLY SENATOR ANDY UBA
Articulates on contract agreement with his people
*Think endlessly of infrastructure in Anambra
*Wants youths not to shirk from handwork

A couple of years back, on a quiet evening in December when the spirit of Christmas was very much in the air, a few group of  religious leaders, decided to leave their base and pay Senator Andy Uba, representing Anambra South  Senatorial district, a visit at his country home
The party arrived Uba’s home late in the night and were carried away and not disappointed in two fronts. First by the sheer of beauty of his marble picturesque House, and its inner decor, which proved a rare sight in his vicinity, and secondly, they were amazed that even at such hour of the night, many people were still waiting outside to see the red cap chief, for one form of assistance or the other
Years after, Senator Uba was to admit and tells the secret behind his love for the masses. He remembers as a young boy growing up, he was not born with silver spoon, but time and chance as stated in Bible played a large part in turning his story the other way round
‘’Am nothing, my wealth or glory is nothing without my people, my people love me and I love them, they have never let me down, when I think of how much my people have stood by me in thick and thin, I cannot help but give God all the glory ‘was his frank stand
Now, with the much hyped Anambra 2014 election gradually draws near, Senator Uba has been penciled as one of the candidate to beat, his two greatest weapon remains love the people have for him and his severe war chest 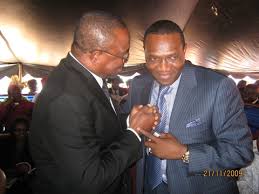 Senator Uba is not a new fish in temperature high political boiling water. In 2007 he had won  the race for the Governorship on the platform of PDP, With an intimidating gap of over a hundred votes, he was in power for  a record  17 days before the law courts overrule his mandate and instead concluded that incumbent Peter Obi’s tenure was yet to end
Now back to the ambitious road to Anambra government house, Senator Uba was most emphatic when in a responsive telephone chat with CERUTTI MEDIA in the early hours of the day
Here him: ‘’ 2014 has finally come for the people to speak with their votes, the people what they want, they know who the best person to be the next governor is 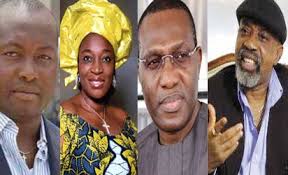 ‘’Our people must realize that this is a once in a lifetime opportunity for them to change the story of our great state. Our people know I have signed a long term contract with them to bring modern day infrastructure and modernization to this state, the contract was signed in 2007 before the court ruling, am not in doubt that here comes the true time for me to redeem by pledge and the people doing the right thing by voting in the man best fit for the job
Though a brief telephonic chat, Senator Andy was passionately appealed to give an iconic advice to the youths of today that aspires to greatness in genuine way
His stand: ‘’Youths who are anxious to improve their circumstance, but are unwilling to improve themselves are simply wasting their time in life. Even the average man that has a sole aim of acquiring wealth must be prepared to make great personal sacrifices before he can accomplish his objective
‘’As for the man who is wretchedly poor, but extremely anxious to quit his surroundings and  move to  a more comfort level, must never ever attempt to shirk his work, or run away from basics work ethics, that is anti true prosperity, and sure path to wretchedness’ ‘he advised today’s youth at heart