*A SPECIAL WORLD INDUSTRY LEADERS SPECIAL REPORT ON THE MANIFOLD BENEFITS OF FIDELITY BANK SPORTING FIESTA
The 2013 grand annual Fidelity Bank games which reached its climax over the weekend at the sports complex of Unilag have come and gone, but no doubt…………the memories will continue to linger for a very long, long time to come 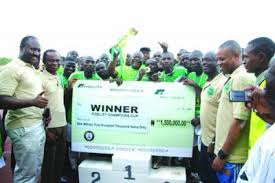 In this special report by CERUTTI MEDIA GROUP, Fidelity BANK PLC MD/CEO Mr. Reginald Ihejiahi enumerate on some of the gains of the games 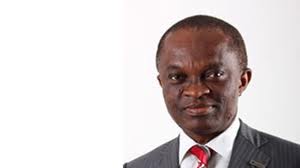 ·         This is landmark gathering as the games  succeeded in bringing out nothing but the best  from all level of our staffs
·         The game shave proven that team work, which is the hallmark of FIDELITY BANK PLC, has enacted itself by coming together in outside work environment to the field of play, thus ultimately bringing officers closer to themselves
·         By this games, FIDELITY BANK PLC have succeeded in creating an atmosphere where people can come as a team to work towards a goal
·         For the umpteenth time this year, FIDELITY BANK PLC have created team spirit in our people to vie for honors in a convivial atmosphere
·         The games showed the world that  any dynamic organization can effectively involve all levels of staff in a competitive session
·         It is a historic gathering as everybody in the bank: youth and old, top management staff and the juniors successfully came together in one field to compete in a most charismatic sporting atmosphere, devoid of a session of work pressure, which was substituted by relaxed terrain
NORTH BANK ZONE IS FIDELITY BANK PLC GAMES WINNERS 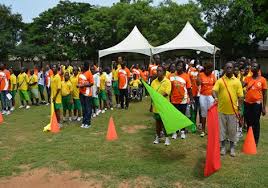