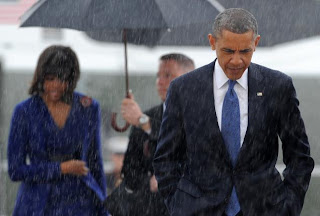 It was one of those mystical days, yet again with our unpredictable weather
Wet, stormy and raining cat/mouse in the mainland and most sunny on island, at least when I called island, so I heard
I was scheduled to see Chief Alex Adoga, CEO/President NOAH ARK hotels group by 2pm. The British trained but American loving man is not a man that practice the so called maligned ‘African time’.
Read more...

He is most formal in his way, time conscious, he comes to his Lekki hotel office from early morning and stays =till late at night , coordination business, no wonder his boutique hotel is ever booked, 366 days of the year
My mission was to discuss the motherless babies’ project with him, since he has a hotel chain in LEKKI also, so shortly before 2 I called that I may be late for our date, granted permission, I damned the consequence of the rain and hit the road
The moment I arrived his all leather inner chamber edifice, I was ushered into my seat, I met a most relaxed Adoga, who point the TV to me, watch Obama and learn
The greatest personality on earth (after MANDELA, I guess) Barrack Obama was addressing the A POWERFUL speech at a memorial service, OF the Boston marathon bombing
He spoke much but these are few things I loved about what Obama said to the families and people of grieving Boston
1=Boston is one of the greatest Cities in the world, your pain is
Our pain
2=In the face of cruelty or crucifixion, we will show you compassion
3=Boston is a most unique place, a rarer place in the whole wild world, BOSTON is not like many cities that discriminate in the world, Boston is a place that opens wild her doors and heart not only to immigrants, but the world as a whole, me and my wife, Michelle cannot ever forget Boston, it is part of our story, her doors was once and ever opened to us
4=Every April 3 WE MUST all member Boston, with an assurance that it will remain a city that will never experience pain and mourning, never again will Boston mourn
5=perhaps the most striking comment of the night was Obama went spiritual and quoted from the holy Bible, thus:  ‘’ God has not giving us the spirit of fear or timidity but of love, peace and self discipline