’’ITS HOME CALLIN OF A MAJOR AFRICAN PRINCE’’ 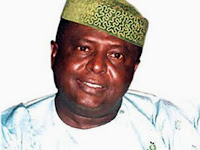 *ITS MASSIVE 3 DAYS FEAST
*A LAGOS,IBADAN, IKENNE AFFAIR
*IT’S A NATIONAL TRAGEDY, BUT PASTOR ENOCH ADEBOYE CONSOLES MAMA, ‘’WE WILL ALL DIE AND GO TO OUR CREATOR ONE DAY
THE Oluwole Awolowo Burial Planning Committee has released details of three-day funeral arrangements to mark the transition of the late Publisher of the Tribune titles, Chief Oluwole Awolowo.
Read more...

The remains of the deceased arrived Nigeria from London at about 6.00 a.m  today April 17, while a valedictory session and lying-in-state was held at the Lagos State House of Assembly, before the body leaves for 31, Park Lane, Apapa, for a service of songs at 5.00 p.m.

On Thursday, April 18, the body will depart Apapa at 7.00 a.m for the Tribune House in Ibadan, Oyo State, for another lying-in-state and tribute session at 10.00 a.m, an event that will be followed by entertainment of the Ikenne community at Ikenne Town Hall, Ikenne Remo, Ogun State.

Also on Thursday, Chief Oluwole Awolowo will be laid in Ikenne before a Christian wake at the Obafemi Awolowo Memorial Anglican Church, Ikenne, where he was an active church official for many years.

A funeral service will be held at Our Savior's Anglican Church, Ikenne Remo, after which interment will follow.

Entertainment of guests, according to the committee, is slated for the Obafemi Awolowo Square, Ikenne Remo.

Chief Oluwole Awolowo, who died on March 27 in the United Kingdom, is survived by wives, children, grandchildren, sisters and an aged mother.
Meanwhle Redeem leader has called on HID Awolowo has consold  MAMA to take heart, in his word, ''we all have a day to be bornand a day to die, Wole died as a good christain, let us praiise God''he stated