Skip to main content
- April 07, 2013
I DERIVE MY INSPIRATION FROM MANDELA
-ichaka, DUBLINA HOTELS & SUITES PRESIDENT
*AFTER GOD, I RATE MANDELA NEXT
*Dublina hotel /suites is story for freedom, like Mandela in prison
In his gigantic hotel, threw image of the world global brand stand tall
In his South African office, the image of the number on freedom fighter in the world stand loom
In his offices, MANDELA PICTURES ARE OF GIANT SIZE
The love Dublina Hotel and suites president, Henry Ichaka has for global icon, Sir Dr Chief Nelson R Mandela cannot be equated with words
Why the love? CERUTTI MEDIA GROUP, via world industry blog asked him
‘’See this big hotel? Dublina? It could not have happen if I did not practice MANDELA type of hope, I was born with no silver spoon, just like MANDELA, but he rose to b e president from prison, its same with me, I sold, acted as property agent, served whites In South Africa and was able to build such hotel, its story of grass to freedom, today, I derive my inspiration from the legend, MADIBA, I revere him next to God…………MANDELA story can inspire any man, ‘’ he warned 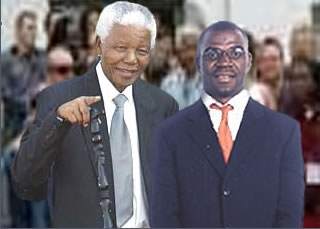 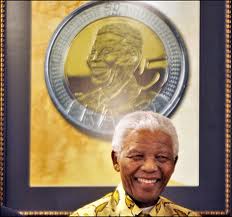 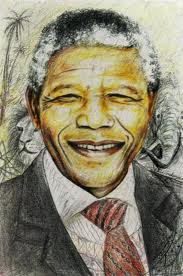