- March 20, 2013
Was it not the great and extremely  charismatic Reverend Jesse Jackson, the onetime black American presidential candidate with the Democratic Party that once mused thus-

‘All of us are not born giants, with silver spoons in our mouth and gold slippers on our feet. Some of us are born short of hopes, short of opportunity, abandoned, neglected, homeless, motherless, teeth crooked, eyes tangled, dream busted, but somebody has got to measure their greatness not by leaping up but by reaching back and reaching out and loving and caring and sharing’’


History books is jammed packed with stories of men who rose from grass to grace of their chosen profession, they ideally fit the tag of rag to riches stories and  of of such is the African computer whiz,Leonard Stanley Nnamdi Ekeh,but better known around the  globe as LEO STAN EKEH.

Nonetheless, those who are very close to him and the people in his village are at home when they call his sobriquet title: IYI, (that is stream)


Ekeh could be said to be like ocean of sort; he is like a stream of water to his people, always at home building churches, schools, constructing roads for his people…indeed his money is like deep Blue Ocean that never ceases flowing

His story is case book analyses, which quickly reminds one  of the age old fact that the future belongs to those who believe in the beaut of their dream, Leo Stan stands tall here

His father was not rated among the first class Igbo (A business minded tribe of Eastern Nigeria) As a young boy growing up in a middle class setting, he was not all that handsome or had all he craved as kid; neither did he poses an outstanding talent, but he has always been blessed with a shrewd head on his shoulder and armed with plenty of push.


As a kid, his ambition then was to own the biggest transport company In Nigeria, for he was fascinated the way transportation business in Nigeria then was bustling and the money flowing and spinning like milk and honey


Today, many decades after, he may not be singing from the same song sheet among today’s top three transporter, but he is already enjoying fame and glory as one of Africa’s biggest information technology player


Billionaire Leo Stan is President and chairperson of Zinox Technologies Limited. In addition to Zinox, he has been involved with companies Task Systems, Technology Distributions Limited, ICT Brokers, TD Plus, ICT Connect and Buyright AFRICA Dotcom.

Is this not simply amazing? That a man that was born and raised from a not to reach home...by a   middle-class family with three brothers and two sisters. His mother was a dietician, his father was a Nurse, now living in the big stage, now having the power, wealth and confidence to walk and talk to any top leader in the world and he listens?


No doubt , Leo Stan’s place in history is totally assured, he has lived the test of time and the recognition and accolades bestowed on him over the last few decades is a perfect testimony that Leo is not a run of the mill business personality you can find in today’s’ aggressively competitive business world


How many business moguls in the world can we see that boast of over 50 awards in medals and certificates?


Leo Stan, the Iyi man has no doubt done well for himself with all these awards, we will name only but few 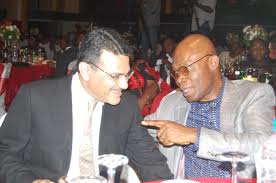 Sir Richard T Pascal and Anthony G Athos in their epic book: ART OF JAPANESE MANAGEMENT quotes ‘Three forms of reward exist in the today’s dynamic world, remunerations, promotion and recognition. Of the three, the first two are less flexible than the third in the everyday schemes of life’’


A few are listed below - 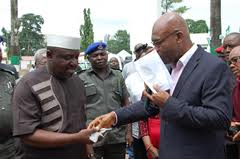 
• Fellow of the Federal Polytechnic, Idah.


• One time prestigious Nigerian Science and Technology Achiever of the Year


• Life Membership, Nigerian Institute of International Affairs, amongst others


From the word go, Leo Stan has always been on the wings of adventure, little wonder his choice of higher education destination , did not come as surprise to many. He chose to go and school in India at a time not many people had faith in the world’s most densely populated Country


He opted for India  for his university education, where he received a bachelor's of science degree in economics from Punjab University Ekeh believes that studying in India was “a great turning point in my life because I found the economy of India a realistic economy”.


After his university education in India, Ekeh opted to study at the Cork City University, Ireland, and later transferred to Nottingham University, UK, earning a degree in risk management.


A self made and magnanimous man, Ekeh has always been at the hub of new development and discoveries, little wonder …. In addition to Zinox, he has been involved with companies Task Systems, Technology Distributions Limited, ICT Brokers, TD Plus, ICT Connect and Buyright AFRICA Dotcom.


Leo Stan Ekeh also pioneered IT Solutions in West Africa through his company ITEC Solutions Limited through which he has delivered the largest IT Solutions ever, from an indigenous firm, to the Nigerian Corporate Market.


Mr. Ekeh also pioneered IT Distribution in West Africa through Technology Distributions Limited, TD, which has emerged the Number 1 ICT distribution company in West Africa. TD has consistently won for ten years the highest industry Awards and recognitions for market penetration, revenue, and preferred partner status to become the most decorated ICT Distributor in West Africa.


Leo Stan Ekeh scored another first in 2001 when he set up Zinox Technologies Limited to manufacture Zinox Computers, Nigeria’s First Internationally Certified Branded Computers Leo Stan’s Zinox Computer has some innovative features, which include - the Naira sign, and a Power Supply designed to contain the erratic nature of electric power in Nigeria. He ensured that at launch Zinox Computers already had the WHQL certification, the first in sub-Saharan Africa, consolidated 5 years later with the attainment of the NIS ISO 2000: 9001 QMS Certification.


Leo Stan, a firm believer that  no one is destined to be poor in this knowledge century has been the main driver of digital knowledge Democracy in Africa Mr. Ekeh as Chairman of the Zinox Group believes one of his legacies is to alter positively the destiny of many poor Nigerians through his knowledge democracy platforms.


The most integrated Information Technology Group in the whole of Africa, the Zinox Group has shown multiple competencies in manufacturing, solutions delivery and logistics.


The Group salvaged the 2006 Voters’ registration exercise by delivering 12,000 systems to INEC in 3 weeks. Again in 2011, under his leadership, the Group has been responsible for the technology backbone for the 2011 voters’ registration through the supply of 80,000 DDC Machines in 35 days, an awesome accomplishment for an indigenous firm in Nigeria or anywhere in the world.