Multi Award Winning Amazon, Miss-K, Celebrates Milestone Anniversary of her "25 Years of Life in the UK". 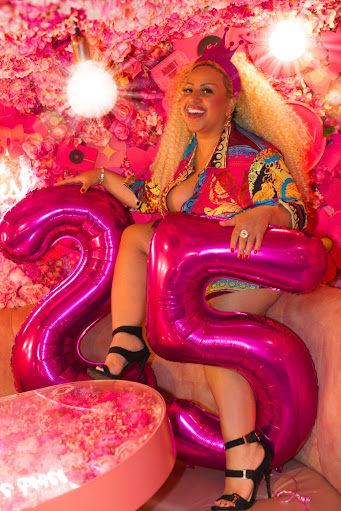 Miss-K Photographed by Lloyd for KreativeKick.com

The World Industry Leaders Magazine is pleased to bring to you, the latest on one of our Top leading Women, who has already gotten herself multiple accolades across the borders, winning multiple awards, for her work within the Entertainment and Creative Industry and certainly made giant strides for herself across Africa and Europe as an all.

Today, she is once again, making waves in the United Kingdom, adding another arrow to her bow, as she marks a historical landmark, celebrating her Silver Jubilee, of her "25th Year of Life in the UK".

Miss-K, who is also known as Karina Theresa Martinez, is no other than the adorable Afro-Caribbean-Latina curvaceous Fashion Muse, Master of Iconic Styles, Music Vocalist, and Serial Entrepreneur, who keeps rising to the top all by keeping on pursuing her dreams, despite all odds, immigrated 25th Years ago into the UK and felt it was an Important date to mark and certainly celebrate this special moment in her life, with several official events throughout the United Kingdom, as well as numerous unofficial ones. 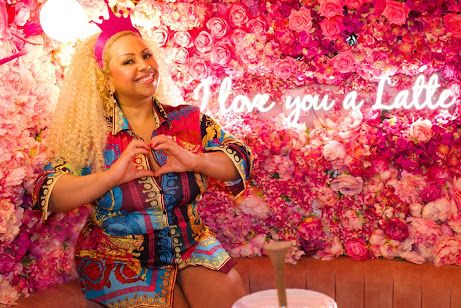 A Silver jubilee indeed, marking Miss-K's 25th anniversary, on 25/11/2022, also known as a quadranscentennial anniversary. In Greek mythology, the Amazons women were a force to be reckoned with and certainly seen as Strong and brave, those are the exact qualities Miss-K had to emulate, on her path to living life in the UK, Hence why she was inspired, to have her balloons release right before Buckingham Palace, to begin the month of November, was a perfect idea since the UK has been a country which totally transformed her from being a Princess into becoming a true Queen, by being part of a Royal Society which has shaped her with strong principles and determination to achieve greatness no matter what she got involved with.

The main event is due to take place today 25/11/2022 and The celebrations will continue throughout the end of the month of November, culminating in a private and intimate event with her dearest and close friends who have been part of this amazing journey with her so far, which will be followed with lunch, dinners, brunch parties and more, until the end of November.

Watch Miss-K's Baloon Release at the link below, already previewed by over thousands of people: https://www.instagram.com/reel/Ckl_knTDPHd/?utm_source=ig_web_copy_link 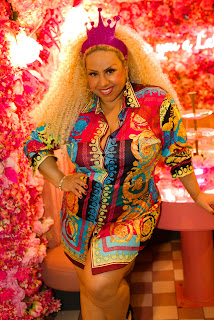 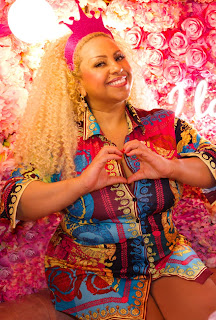