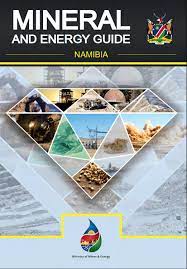 The current recovery in world uranium prices offers Namibia a good chance for success for the mining projects launched in the past decade. As the global energy transition has begun, uranium demand is expected to grow, therefore Namibian economy could get significant benefits in the long-term.
Along with uranium mining, Russian state corporation Rosatom, whose subsidiary received several licenses in Namibia in 2018, is ready to offer a number of social initiatives that are so necessary for the country. In addition, Rosatom has been supplying enriched uranium products to South Africa’s Koeberg nuclear power plant (NPP) since the 90's, NTP Radioisotopes Pty supplied radioisotope products to a Rosatom subsidiary. Russia also signed an intergovernmental agreement on strategic partnership and cooperation in the nuclear industry with South Africa in 2014. The agreement also provides for "comprehensive collaboration" in other areas, including construction of a Russian-technology based multipurpose research reactor; assistance in the development of a South African nuclear power infrastructure; and the training of South African nuclear specialists at Russian universities and elsewhere, Rosatom said. 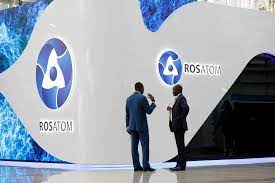 According to a recent an alysis by GlobalData, worldwide uranium production will recover by 3.1% to reach 51,200 tons in 2021 as significant mines come back. Uranium spot prices edged higher in May after languishing range bound between $25 to $30 per lb. for several years. Nuclear-fuel data and research company UxC’s uranium spot price ended May at $31.40 per lb., Mining.com informs.
Namibia enters this new uranium upsurge with a good portfolio of new mining projects. The country was the only of eight major uranium producing nations to have increased the output in 2016–2018. This was due to the launch of the Husab Mine and improvements in the ore grade at the Rössing Mine. Currently, Namibia is the largest uranium producer in Africa and the fourth most important global player after Kazakhstan, Canada and Australia. But also major producers of uranium in Africa are South Africa and Niger. South Africa also possesses sizeable uranium reserves and has an extensive uranium mining industry, making the country one of the important producers of uranium in the world. The presence of this primary energy source in South Africa is a key element of security of energy supply nationally. 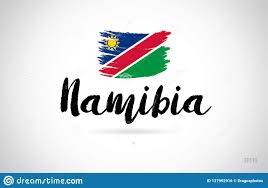 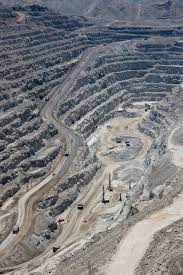 Rich uranium resources of Namibia are accompanied with a favorable investment climate by African standards. In 2016 Namibia lifted the moratorium which used to make it impossible to obtain new licenses for exploration and production of uranium in the country. Just two years later uranium mining holding Uranium One, belonging to Rosatom, received eight licenses for uranium exploration in Namibia on an area of 8 thousand square kilometers. Now Uranium One’s subsidiary Headspring Investments is undertaking an extensive drilling campaign in the south of Namibia in its search for mining opportunities.
A new mining super-cycle
Copper, gold, zinc, lead, diamonds, and the last but not least uranium – that’s the list of raw materials declared of strategic importance by the Namibian government. The prices for some of these commodities, including uranium, are expected to rise significantly in the coming years as the planet moves towards clean energy.
After the accident at the Japanese nuclear power plant Fukushima in 2011, the global nuclear power faced hard times. Some countries like Germany even decided to close down their nuclear facilities, so uranium prices were in depression for several years. But now nuclear energy is experiencing a real renaissance of expectations, as peaceful atom is the only chance to replace fossil fuels adequately for such vast economies as China and the United States.

According to the plans announced by the Chinese authorities, by 2030 the total capacity of nuclear power plants in the country is planned to more than double, up to 130 GW. In the US Joe Biden’s administration has already announced that nuclear power plants would be included into the national clean energy standard. In general, according to Morgan Stanley’s forecast, the global nuclear power capacity will grow at a rate of 1.7% per year over the next five years.
These prospects are of great importance for Namibia, since it’s economy has been severely affected by the COVID19 pandemic. The nation’s GDP is estimated to have sharply contracted by 7.2 percent in 2020, and the recovery is set to remain subdued at only 2.1 percent in 2021. This spring Namibia had to get first-ever funds from IMF to help fight COVID-19. So, the new commodity supercycle, which many economists are expecting now, could help Namibia to cope with the fiscal crisis and return to a steady growth trajectory. And it can help the South Africa because the economy of the country has been slowly inching towards an economic recovery after the hard lockdowns imposed in the second quarter of 2020. However, the economic devastation of these lockdowns continue to reverberate.
African mission
The compliance with strict ESG (environmental, social, and governance) criteria becomes the crucial requirement for mining companies all around the globe. That’s the reason for Rosatom and its international subsidiaries to develop not only their uranium projects, but a whole set of social investments. This sphere is absolutely urgent for African countries facing severe troubles with environment protection, education facilities, communal infrastructure and so forth.
A number of humanitarian projects already launched by Rosatom in Africa offer a good notion of the benefits Namibia can get if cooperation with the Russian corporation to be productive. Some of those initiatives are now in progress in the South Africa.
The most challenging for the neighboring country is the Rhisotope project for preventing illegal rhino horn hunting. Despite tremendous efforts to combat this evil in the South Africa, poaching has not been eradicated yet – over 9600 rhinos were killed in poaching attacks from 2010 to 2019. But a previously unexpected solution could be provided via the use of nuclear isotopes to track rhino horns. It could be a giant leap forward in the protection of this endangered species, insist the scientists engaged into the project.
Another environmental project was offered for Tanzania where Rosatom expects to start uranium mining once the prices are sufficient. In 2014 the Selous Game Reserve nearby the Mkuju River where Rosatom project is located was placed by UNESCO on the List of World Heritage in Danger due to the severity of elephant poaching. An average of six Selous elephants were being gunned down by criminal syndicates each day. Immediately after that Rosatom subsidiary Mantra Tanzania decided to invest in anti-poaching activities and made an official agreement with the government in this sphere. But this problem also takes a place in the South Africa and this project can resolve it.
Another actual African trend for the Russian corporation is to promote sustainable agriculture. Recently Rosatom committed the support to Bokgoni Technical Secondary School in Atteridgeville, Pretoria by building two aquaponic greenhouses on site. “The introduction and training of this advanced technology is an invaluable tool to improve the nutritional status of schools and to ensure food security for students and their families in the medium term. Moreover, this could be the foundation for the equitable and sustainable socio-economic growth of South Africa in the future,” says Ryan Collyer, CEO of Rosatom Central and Southern Africa Collyer.
The initiative should not only be realised in South Africa, but also to the rest of the continent highlighted Gaopalelwe Santswere, President of African Young Generation in Nuclear. This, he insists, is fundamental in terms of Agenda 2063 objectives “The Africa We Want”. Rosatom offers integrated clean energy solutions across the nuclear supply chain and beyond. With 70 years’ experience, the company is the world leader in high-performance solutions for all kinds of nuclear power plants. It also works in the segments of wind generation, nuclear medicine, energy storage and others. Products and services of the nuclear industry enterprises are supplied to over 50 countries around the world.
All these projects demonstrate the huge capabilities of the contemporary nuclear industry, which are far from being limited to uranium mining and energy production. Today Namibia has an excellent opportunity to use some advanced achievements of international nuclear science to the benefit of its economy.