Bochvar institute (research facility of TVEL Fuel Company of Rosatom) has developed fuel rod design based on nitride uranium-plutonium fuel (MNUP-fuel) for the BREST-OD-300 fast neutron reactor. This fuel rod project will be applied for commercial manufacturing of nitride fuel to be launched as part of the Pilot Demonstration Energy Complex, which is under construction in Seversk, Tomsk region (the “Proryv”, or “the Breakthrough” strategic project).
At the same time, Rosatom’s Nuclear Fuel Division continues development of the second-generation fuel rods for the BREST-OD-300 with a higher burnout level, which will be used when MNUP fabrication will shift to the re-fabrication stage (meaning that irradiated fuel of the first load after irradiation and reprocessing will be used for fresh fuel fabrication).
“Pilot fuel assemblies with nitride fuel have been irradiated in the BN-600 reactor at the Beloyarsk NPP since 2014. Though the sufficient validated fuel burnout for the BREST initial load is 6%, in the course of the testing we have already achieved the 9% level. These results give us the grounds for the fuel rod endurance tests with 9-10% burnout”, said Mikhail Skupov, Deputy Director General of the Bochvar Institute.
“The research results related to nitride fuel for the BREST reactor will significantly accelerate fuel development for the nitride core version of the next generation BN-1200M fast reactor. In 2022, ex 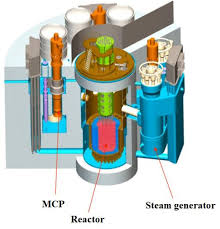 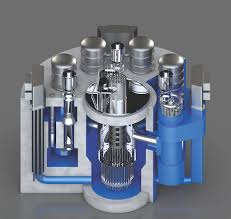 perimental fuel assemblies with fuel rods of BN-1200M type are scheduled to be loaded in the BN-600 for endurance tests”, said Alexander Ugryumov, Vice President for Research, Development and Quality at TVEL JSC.
The Siberian Chemical Combine (an enterprise of Rosatom’s TVEL Fuel Company) continues the construction of the MNUP fuel fabrication/re-fabrication module as part of the Pilot Demonstration Energy Complex. On 10 February 10 2021, the Federal Service for Environmental, Technological and Nuclear Supervision (Rostechnadzor) issued a license to for construction of BREST-OD-300, the world's first power unit with a lead-cooled fast neutron reactor.
“Proryv” (or “the Breakthrough”) project targets creation of the new technology platform for the industry with closed nuclear fuel cycle, as well as tackling the issues of spent nuclear fuel and radioactive waste. One of the project implementations is construction of the Pilot Demonstration Energy Complex with a lead-cooled BREST-OD-300 fast neutron reactor facility with an on-site closed nuclear fuel cycle.
Rosatom TVEL (Rosatom Fuel Division) comprises nuclear fuel fabrication, uranium conversion and enrichment, gas centrifuges production facilities, as well as research and development companies. TVEL is the only nuclear fuel supplier for Russian nuclear power plants, also supplying fuel to a total of 75 power reactors in 15 countries, research reactors in nine countries, as well as propulsion reactors of the Russian nuclear fleet. Every sixth power reactor in the world runs on TVEL fuel. Rosatom Fuel Division is the world's largest producer of enriched uranium. 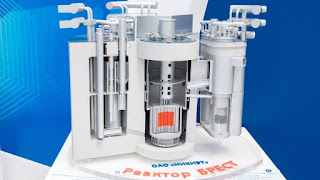