Women In Politics :The other Side Of Rt Hon. Lynda Chuba-Ikpeazu You Never Knew 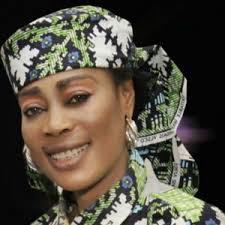 A lot has been said of the woman called Lynda Chuba-Ikpeazu
Currently a RT Honorable at the Nigeria Federal house of REPRESENTATIVE, she has been described as a woman with the combination of beauty and brain

"For instance, if you look at our last two decade of democratic rule, you will notice the high rate of fluctuating numbers of women in both elective and appointive positions

"But in truth, democracy ought to be all about equitable representation for all interest groups in the society and sadly in Nigeria we have continuously struggled to achieve this perhaps largely due to the absence of   political party ideology which remains a key weakness in the Nigeria setup”

No doubt, Ikpeazu remains one of the Country’s fearless speaker of democratic standing and such personality must e looked at twice 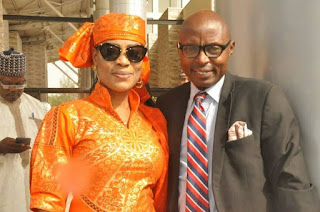 Lynda Chuba-Ikpeazu, is a politician and philanthropist, famous for being the daughter of former chief justice and two-time NFA Chairman Chuba Ikpeazu, Lynda Chuba-Ikpeazu was educated in Nigeria, England, and in America, where she worked as a model.
A onetime beauty queen (In 1986, Chuba-Ikpeazu was the winner of the first Most Beautiful Girl in Nigeria pageant)
In 1987 she was the first Nigerian in Miss Universe since Edna Park in 1964, and her biggest pageant achievement was when she was crowned Miss Africa in the same year.
After her reign, Chuba-Ikpeazu became a business woman in Lagos, specializing in oil servicing. A holder of a bachelor's degree in communication, a master's degree in Business Administration, and another bachelor's degree in Law, Chuba-Ikpeazu was a member of the House of Representatives from 1999 to 2003
In 2004, Chuba-Ikpeazu became the winner of the Nigerian National Assembly election, representing Onitsha North-South federal constituency as a candidate of the People's Democratic Party-and till date she remains untouchable in that seat, due largely to the love her people have for her
SHE enjoys reading, travelling, playing golf and philanthropy as her hobbies