STATE OF THE NATION :THISDAY @ 25: Monument to inventive spirit 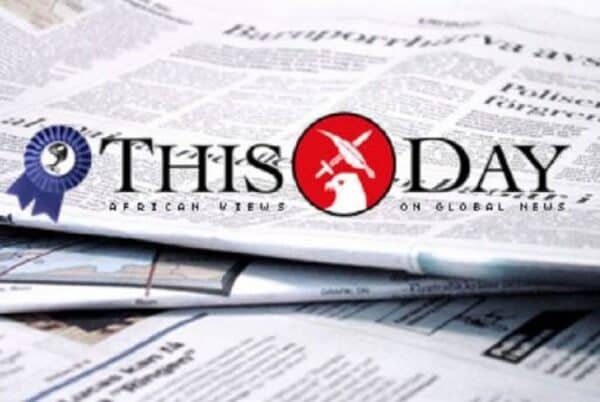 The easy business plan will assume that cash - tones of it - performs all the magic. But not in all cases. As anyone familiar with the difficult beginnings of THISDAY will attest, guts and sheer improvisation sometimes prove far more invaluable resource.
If the earth indeed shook a quarter century ago when THISDAY emerged, it was largely because it started by shattering a few ancient media myths: the indispensability of sub-desk, running daily newspaper without owning a printing press, big office and deep pocket.
Yours sincerely was among the founding staff assembled in the heat of June 12 struggle  when the national space was choking under the stranglehold of Sani Abacha - arguably the most brutal military dictator in the nation’s history.
Where we started in Lagos was indeed only a little more than a room-and-parlor on the last floor of a three-storey building. Furniture was, for instance, scarcely enough to sit everyone at peak hours. But for this youthful army, a passion for the written word and faith in its power to engage the then fledgling military despotism were comforting enough.
Sometimes, folks had to literally squat on the plush brown rug to scribble reports on sheets torn off stubs of newsprint reels scavenged from distant printing press. Others didn’t mind standing in the balcony with only a limited view of the Ikoyi skyline.

“Who was making such a noise?,” The Duke turned around and queried half in jest, half in worry.
“It’s me Publisher,” said Ifijeh, raising a hand to claim responsibility as the rebel leader. “Look, Publisher, some of us are married men. How are we supposed to go home empty-handed on a weekend after working so hard. What are we going to tell our wives?”
Naturally, that elicited thunderous applause from all the workers.
To calm nerves, the publisher then clarified: “Well, we’ve some cash-flow issue. But what the Accountant was going to give each of you is personal gratis, repeat personal gratis, from me. On Monday, you’ll still receive your full BTA.”
Moments afterward, I went to sign for my own “gratis” as well as Ifijeh’s. Calculating Obaigbena only waited to be furnished with the full list of beneficiaries of the “gratis” that evening before landing a mischievous counter-blow. On sighting Ifijeh’s name on the list, he came to the newsroom and announced jokingly: “With all the yanga you made earlier, I’m surprised Victor that you still went behind to collect the money.”
The entire floor erupted in rapturous laughter.
Such seed of conviviality planted early at the Ikoyi cradle would shape the culture of kinship that has defined the THISDAY family over the years. It perhaps best explains why the door is always left ajar for “defectors” wishing to return after they might have found that the grass was not greener elsewhere, with the task of “reconciliation and reintegration” often left for pacifist Kayode Komolafe irrevocably committed to the principle of “peaceful coexistence”.
At personal level, no less remarkable is Obaigbena’s instinctive inability to keep malice. Much later after our fierce legal battle over copyright following my exit to Sun in 2002, he would playfully pull me by the ear at the residence of our durable icon, “Uncle Sam” (Pa. Sam Amuka, Vanguard’s Publisher), querying: “Why were you absent at my 50th birthday?”
“I was not invited,” I defended.
“Really?,” he frowned, turning to Eni-B (THISDAY Managing Director). “That’s your fault.”
In retrospect, I believe The Duke was content with winning the landmark case argued personally by legendary Gani Fawehinmi in court against Dr. Amanze Obi continuing with “Broken Tongues” and yours sincerely “The Bottomline” in Sun. Somehow, a “political solution” worked out: there was no fresh suit against me writing “The Bottomline” thereafter.
However, beneath The Duke’s seeming tough outlook is an uncommon tenderness, one that gets emotional at the departure of a staffer with whom he had bonded. We had two such difficult one-on-one encounters. First was at my first exit in December 1995.
The 20-month proscription on Concord and others had just been lifted by the Abacha junta. He bluntly refused my “excuse” of gaining admission to UNILAG for a degree programme (I actually started in Concord with National Diploma from Federal Poly, Ado Ekiti three years earlier at age 18), saying he would not have opposed me enrolling for further studies even while working at THISDAY.
But honestly, beyond my estimation that THISDAY’s grueling routine would not afford me a breathing space at UNILAG, loyalty to the June 12 struggle made the return to Concord (owned by MKO) irresistible. Other “returnees” from THISDAY included Sam Omatseye, Eric Osagie and Waheed Odusile.
Back in Concord, I remained in touch with The Duke and he would normally ask me each time we spoke or met, “So, when are you coming back to THISDAY?”
Eventually, my second coming in 2000 was literally forced by Segun Adeniyi with whom I had forged deep bond that transcended work at Sunday Concord between 1996 and 1998. I was Segun’s best man at his wedding to Tosin in December 1998.
When the groom later “defected” from Ikeja to 35 Creek Road few weeks after wedding,  native intelligence must have alerted our editor and big brother, Mr. Tunji Bello, that Segun would soon pull me over. So, the drastic “preemptive” step he took was promoting me three whopping steps on a single day!
But Segun never really relented.
By the time I graduated in the summer of 1999, I really had no more excuse to give Segun not to join him in THISDAY which “is for young people like us.”
Segun’s “plot” finally succeeded in March 2000, leaving me with the difficult task of breaking the “bad” news to Tunji Bello who had given me opportunity in journalism as a mentor and one who counseled me to go to UNILAG and earn a degree instead of returning to Federal Poly to obtain HND and, though of different faith and ethnic stock, virtually adopted me as a younger brother.
Two years later in THISDAY, my restless spirit pushed me to again approach the publisher and announce my decision to go join my former senior colleagues in Concord (Messrs. Mike Awoyinfa and Dimgba Igwe) to start Sun newspapers.
Sure, it turned out another emotional meeting in the publisher’s penthouse office overlooking the Apapa lagoon.
Like every mortal, The Duke has his own frailties. But all those put together cannot in anyway diminish the monumentality of his contribution to media practice Nigeria in the last four decades. 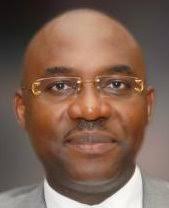 Senior Technical Assistant on Media to the President.