- January 27, 2020
"A man of humanity is one who...desiring attainment for himself, helps others to attain." –Confucius 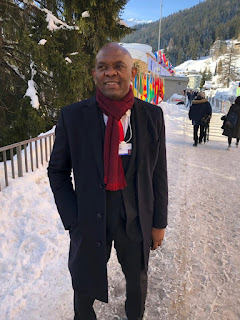 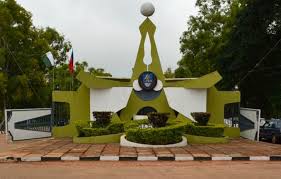 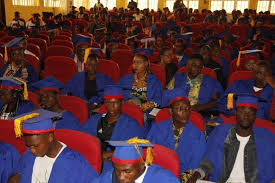 Not so long ago, a select group of young concerned Nigerians went on public podium to lament the high rate that billionaire philanthropist and Chairman of UBA Group, Tony O. Elumelu  keeps giving his wealth and time to other African nations especially the Sahel Region and not paying more attention to his local community
That  story was first  published at THE WORLD LEADERS ONLINE PLATFORM (https://worldindustryleaders.blogspot.com/2020/01/tony-elumelus-tireless-give-back-to.html)  But unknown to them, the global African philanthropist has been doing a lot in his state and for various state in Nigeria, the latest one of which is the recent  massive donation of a   massive  multipurpose Information Technology Centre to his alma mater, Ambrose Ali University. 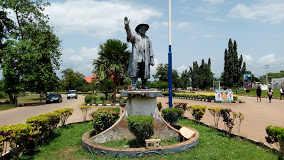 Through the UBA Foundation, the corporate social responsibility arm of the United Bank for Africa Plc (UBA), Elumelu championed the construction of a state-of-the-art multipurpose information technology building, which will benefit the students of Ambrose Alli University in Ekpoma, Edo State. The hall, to be named The Tony O. Elumelu multipurpose hall, is furnished with computers, desks and chairs, measures 839 square meters and has adjoining offices and conveniences.
Elumelu highlighted his motivation: “Education is crucial to Nigeria’s human capital – whether our young people join our national institutions, the private sector or, as I did, take the entrepreneurial path, no one can afford to be cut off from the digital world. It has been a personal mission to ensure that the hall was delivered to specification, for the benefit of the students at the AAU. Success brings with it the duty to give back, and I am just grateful that I am now in a position to meaningfully help the next generation.”
The multipurpose hall was formally handed over to the University, at a ceremony attended by members of the University’s governing council and staff, led by Vice-Chancellor, Prof Ignatius Onimawo.
Speaking at the commissioning, UBA’s Directorate Head, South Bank, Mr. Chris Ofikulu, who represented the UBA Group Chairman, highlighted the contribution of UBA, through its Foundation, to education and development across Africa.
As a pan-African bank, operating in 20 countries across our continent, UBA is committed to being a socially responsible institution, and a role model for businesses in Africa. The UBA Foundation actively promotes the socio-economic improvement of the communities in which UBA operates, with a particular emphasis on development in the areas of “Education, Environment, and Economic Empowerment”. We believe in intervening and building capacity within communities, facilitating projects that will act as catalysts for social and economic development’ he stated.
“Tony Elumelu is a product of this great university and is conscious of the need to give back and there is no substitute for world-class educational infrastructure, and this is what has informed the construction of these facilities, that will help equip the future leaders of our great nation Nigeria,” he said.
The AAU Vice-Chancellor, Prof Ignatius Onimawo, who expressed his heartfelt gratitude towards the gesture by the UBA Group Chairman, noted that one of the most pressing needs of the University for 2020 had been met, and thanked UBA and Elumelu.
He challenged students to make proper use of the facilities provided by UBA and to ensure that they emerge great leaders and mentors like Elumelu, whose commitment to catalyzing entrepreneurial growth across Africa, through the Tony Elumelu Foundation, and institutionalising African philanthropy, had created a strong positive role model. ”
“We at Ambrose Ali University are so proud of our son Tony Elumelu and every time we see him doing good across Africa, we feel joy and accomplishment,” said Onimawo.
Meanwhile, in a related development, The Chairman, United Bank for Africa (UBA), and Founder, 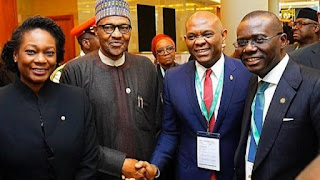 Tony Elumelu Foundation, Tony Elumelu has advocated massive private capital investment as well as increased support to youth development as catalysts for driving the much needed economic growth on the continent.
Elumelu said this while speaking on a panel at the UK-Africa Investment Summit 2020, in London. He stressed the need to invest in critical sectors of the economy such as electricity and human resources, noting that this will galvanize the continent, taking into consideration the huge population which Africa currently boasts of.
According to Elumelu, “Africa needs massive private capital investment to enable us drives the sectors that will develop the economy, especially sectors like power. Access to electricity is very critical if we are to develop our continent. We have a huge youth population in Africa and I think that is our biggest resource as a continent. So, in order to talk about the development of our continent, we must priorities this segment and focus on how to empower them.
“Empowering the youths will help us create jobs and alleviate poverty and I think that this empowerment must start from creating an enabling environment, from making sure we have roads, mass transportation systems and most importantly, fixing the problem of shortage of electricity on the continent. If we do all of this, we will unleash the enormous potential that resides in Africa and in these young people.”
Through his foundation, the Tony Elumelu Foundation, (TEF), in the past 5 years, over 9,600 youths have been empowered across the continent with seed capital, mentoring and networking to grow their businesses and enable them contribute to economic development.
Throwing more light on what TEF has been able to achieve, he said, “During lunch, I interacted with some alumni of the Tony Elumelu Entrepreneurship programme who said they were beneficiaries of $5,000 support in 2015 from the TEF, and today, they have just completed raising U$3million becoming one of the biggest food chain providers in Rwanda. These are some examples of what such interventions can do. We support, give them an enabling environment, provide a platform and think of our prosperity in a sustainable fashion,” Elumelu explained.