ZULUM :Borno State Governor''s Humanitarian Profile On The Rise.........As He Distributes 55,000 bags and cartons of food items to over 16,000 displaced and vulnerable persons 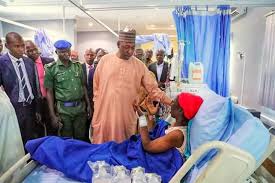 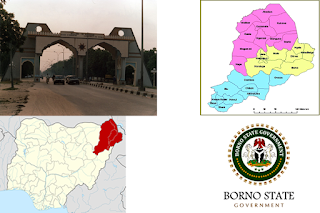 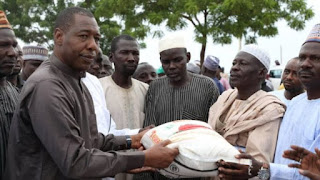 
According to a study carried out by United Nations “Giving to others can also help protect your mental and physical health. It can reduce stress, combat depression, keep you mentally stimulated, and provide a sense of purpose. ... Giving in even simple ways can help those in need and improve your health and happiness”

But despite this fact, many are yet to key into this rare findings, in most African nations, leader are used to looting and taking from the people than giving back to them
But not so for a northern Nigeria Governor in person of  Babagana Umara Zulum , a 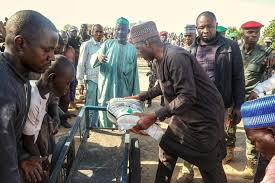 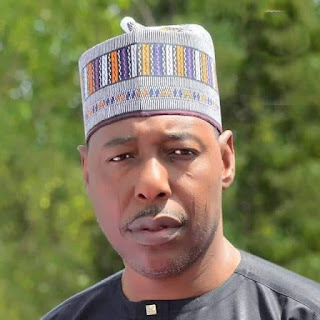 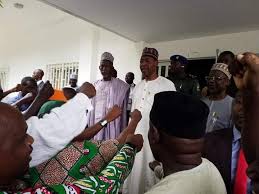 This Governor is rare case study, before the Christmas and new year break, we carried a report on him how he put smiles on his state works face by paying them their salaries prompt(FOR THE RECORDS PLEASE CLICK= https://www.facebook.com/search/top/?q=ZULUM%20PAYS%20WORKERS%20SALARIES%20BY%20CERUTTI%20OSAGIE&epa=SEARCH_BOX 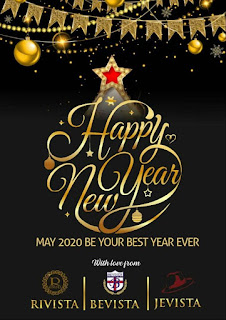 And now as a way of starting the New Year, the Borno State Governor has recently just spent three days carrying out humanitarian activities in Gwoza Local Government Area of the state, which was a former caliphate of Boko Haram in the southern part of the state.

WORLD LEADERS MAGAZINE can reveal authoritatively that the governor commissioned projects and supervised the distribution of 55,000 bags and cartons of food items to over 16,000 displaced and vulnerable persons in the local government area.

Gwoza, located between parts of the Sambisa Forest and Mandara Mountains, fell to Boko Haram in 2014 and served as headquarters of the insurgents with their vicious spiritual leader, Abubakar Shekau, once operating from the town, before it was liberated by the military.
Zulum was in Gwoza town, Pulka and Ngoshe towns, all populated by displaced and vulnerable residents in Gwoza Local Government Area.

The food distributed by the governor included 10,000 bags of 25kg rice and 10,000 gallons of vegetable oil provided by the state government. 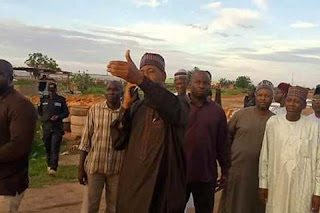 Also distributed were 15,000 bags of processed maize, 15,000 bags of beans and 5,000 gallons of oil provided by the North-East Development Commission, whose Managing Director, Mohammed Goni Alkali, was part of the governor’s trip to Gwoza. Senator Mohammed Ali Ndume was also in the trip and so was state Chairman of the APC, Ali Bukar Dalori, among many others.

In addition to food, Governor Zulum gave out 20,000 pieces of wrappers and N20 million to thousands of vulnerable persons as part of humanitarian support for restoration of livelihoods in Gwoza.

Prior to the distribution of food and non-food items, Zulum on Monday commissioned a primary healthcare centre in Pulka, a populated town in Gwoza Local Government Area and new government lodge in Gwoza town, headquarters of the local government.

This is laudable efforts by this Governor, and other African leaders must follow suit