ADVERTORIAL : OF OBASANJO, ABACHA AND A FULANI MONARCH 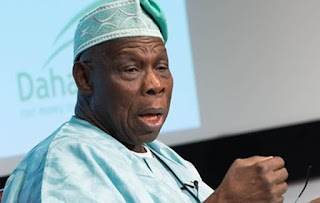 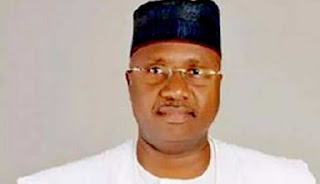 There was once a Yoruba Christian who was convicted for coup plotting and was sentenced to a life imprisonment. He was shipped to the Yola prison to spend the rest of his earthly life there. With temperatures averaging in 40s (Celsius), Yola prison is not idle retirement  resort for a former Head of Sate with an ego the size of Mount Kilimanjaro.

The convicts was Olusegun Obasanjo , a Former Head of State; a retired four-star Army General who scampered under the bed of S. O. Bakare at the sound of the first gun shot that snuffed the life out of the Late Head of State, General Murtala Mohammed. Obasanjo was also found Jesus in Yola, a predominantly Fulani, Muslim community. Obasanjo was convicted alongside Major General Shehu ‘Yar Adu’a, who was jailed in Abakiliki. 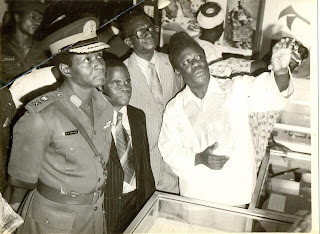 The late Shehu died in prison in Abakiliki while Obasanjo survived Abacha, was released, cleaned, given state pardon and installed as the first civilian president after a lengthy military rule. Most importantly, aside from emerging alive from prison, Obasanjo went to Yola a member of the Ogboni Fraternity and came out a Christian.

At the time Obasanjo was a guest of prison authorities; his abode was a stone’s throw from the residence of the then premier ruler of the Fombina, the late Lamido Aliyu Mustapha. A scion of the Fulani Dynasty established by Modibbo Adama, one of the Fulani “jihadists” of the 19th century and a Fulani man, of course. Lamido Aliyu, despite the threat of incurring Abacha’s ire, made sure Obasanjo never lacked anything. 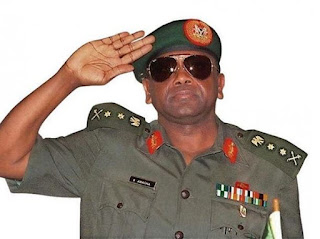 He ensured that Obasanjo’s jail term was made as comfortable as possible, considering the circumstances the prisoner found himself. An air conditioner and fan were supplied to the ex-Head of State to mitigate the discomfort of the Yola heat. The late LKamido or those close to him met all his needs. The current Lamido was then the Ciroma Adamawa and was instrumental in facilitating so many things for Obasanjo.

For all his health challenges, the late Lamido availed Obasanjo the services of his personal physician, Dr. Ajuwa to avoid any untoward practice as happened to ‘Yar Adu’a. Neither Lamido Aliyu nor Dr. Ajuwa was a Yoruba man, but human beings out to treat another human being with dignity. Because of the monarch’s benevolence and humanity, Obasanjo came out of Yola prison with his health and sanity intact, though looking emaciated and haggard. Obasanjo rewarded the same Dr. Ajuwa with the appointment of Chief Medical Director of the National Hospital for services rendered. I am not trying to run down Obasanjo, but I am truly getting fed up with his anti-Fulani posturing, which is taking a dangerous dimension.

Obasanjo escaped the ‘Yar Adu’a treatment because Lamido Aliyu avail him his personal physician and made sure he was the only one who attended to him to the exclusion of any other Doctor. The premier ruler of the Fulbe shielded him from being “poisoned” like ‘Yar Adu’a. How are we to know that their place of imprisonment wasn’t a factor in how they ultimately fared – ‘Yar Adu’a left Abakaliki prison in a coffin, while Obasanjo left Yola prison to become a president.

I am a Fulani, Muslim from Yola and to be honest with the readers, the likes of Obasanjo is bringing out the beast in me with hi unguarded, un-statesmanlike statements. I have sought everywhere to see where the late Lamido Aliyu proselytizes for Obasanjo’s conversion to Islam. It is the height of mischief for him to now use the Church pulpit and allege ‘Islamisation and Fulanisation’ by the Fulbe simply because he hate the guts of Buhari. Buhari’s crime in the eyes of Obasanjo and his Rottwekller’s like Femi FaniKayode who was his spokesman and minister and Yinka Odumakin an arch ethnic irredentist in the Hilerian school of ethnic superiority. 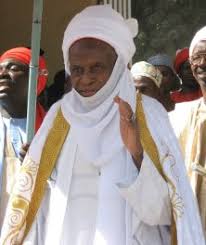 During Obasanjo’s ‘watch’, OPC under Gani Adams ran roughshod over the Hausas and the Fulbes resident in Yorubaland. When the flames waned, hundreds of Hausa and Fulbe were dead and their properties wasted. I cannot remember anyone – Hausa or Pullo – who paint the whole Yoruba with the same brush as Gani Adams. No one accused those behind Gani Adams with the crime of trying to Christianise Muslims. We all believed (then) that Adams is just a common criminal trying to make a name for himself taking into account the exigencies of the time.

I was brought up not to join issues with elders and I wrongly thought Obasanjo is one. I just realized he is an old man but certainly not an elder. He is today alive by the grace of God and the benevolence of the late Lamido Aliyu (may he be in aljannah Firdausi), who moved mountains to make life bearable for our neo-hate merchant, pretending to be a statesman.

His newfound vocation is the exact thing that will tip the country into the precipice not Buhari’s perceived inaction or the manufactured “herdsman’. The herdsman is now the omnipresent criminal traversing the country leaving behind him death and destruction. To feed a voracious hate machine created in the infantile minds of Obasanjo and his ilk, the ‘Fulani herdsman’ narrative must be pushed to a gullible society not minding the long-term effect on the psyche of an already suspicious populace. And he will glibly talk about the inviolability of our unity.

I want to state once more – I am a Fulani Muslim and for now a Nigerian. Providence has placed me with Obasanjo in the same country. This is the only thing I am willing to share with him for now. He can never be a Pullo and I will never want to share the same religious beliefs with him even if he is to become a Muslim today. I would rather jump ship than to share religious beliefs with such a man. God forbid.
May Allah (Subhahu Wataala) forgive General Abacha. His death unleashed this uncouth man on the nation. 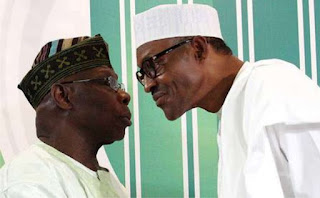