World Industry Leaders celebrate Honorable Pelpuo who is turning another plus one today!

Honorable pelpuo has been a pivotal member of the Ghanaian parliament, joining office since 2005. 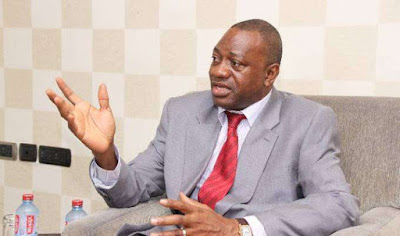 He has been a community organizer for years, creating a foundation who protects and provides shelter to support women who have gone through violence in their home and within their marriages, and have nowhere to turn to.

Moreover, Honorable Pelpuo has also supported many other charitable causes and has always remembered his community predominantly. So we thought we'd take the opportunity to celebrate his birthday today to pay homage to his career, has he recently just returned from a National Assignment to attend the United Nation Headquarters in New York, America. 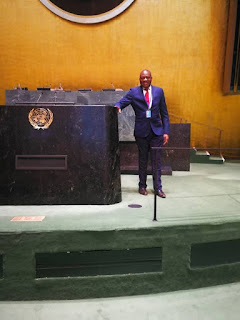 As a Member of Parliament for Wa central constituency and Chairman of the Population and Development Caucus in Parliament, Hon Dr Rashid Hassan Pelpuo has left Ghana in April for the United State of America as part of a two story member parliamentary delegation to attend the 52nd session of the Commission on Population and Development at the United Nations Headquarters based in New York, where he addressed the delegates in the packed hall of the General Assembly.


The Agenda of such summit, was to have a reviewed session and appraised the programme of action of the international conference and development, which aimed to develop a world approach to attaining the sustainable and development goals, with continued discussions on UN efforts to deal with pollution crises.

This eventually will provide a good bedrock for developing a policy input in working toward reaping the demographic dividend on population and achieving the 2030 Agenda for sustainable development goals in Ghana.
"Together with other Organizing for Africa supporters --The WORLD INDUSTRY LEADERS COMMENDS HONORABLE PELPUO FOR HIS WORLDWIDE EFFORTS-- we'll wish him a happy birthday and let him know that we're ready to take on the year ahead alongside him, as Dr. Rashid Hassan Pelpuo who is seeking re-election, has been working on similar projects for Ghana for the past few years, delivering keynote addresses on several platforms across the globe.