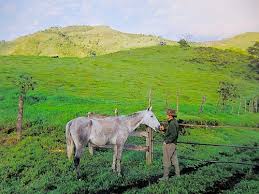 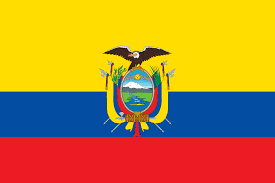 About 25, 000 species of plants, flowers, grow in Ecuador….Envoy

The Acting Ambassador of Ecuador to Nigeria, Jaime Campas, has said that about 25,000 species of plants and flowers grow in Ecuador, and employs about 100, 000 persons and produce one of the finest flowers in the world.
He made this known during a presentation on the Agricultural Products of the 21st century, recently at the Embassy in Abuja.
He said Ecuador is very fertile and so naturally diverse that about 25, 000 species of different plants and flowers grow there.

He said the potentials of the agricultural sector is huge, noting that "Around 100,000 people are currently being employed in the Ecuadorian flower industry, half of them are women, which has allowed  many of the workers stay closer to their homes instead of relocating to other cities in search of work.

He said because Ecuador is located on the equator, on the face of the Earth, the plants receive consistent daylight throughout the year, and have  produced one of the top 10 best outdoor flower market in the world located in Ecuador.
“Ecuador is the number 1 producer of white shrimp in the world.  It is on record that Ecuador exports shrimps to USA and Europe. Shrimp production was expected to have reached 500,000 metric tons (1.1 billion pounds) in 2018.
Campas noted that, “The commencement of industrial fishing activities, with the establishment of processing plants in Manta, Guayaquil and Posorja, facilitates the capturing, processing and commercialization of tuna and marine shrimp.”
“For instance from 2010 to 2016, 65.48% of profit that came from the fishing industry was gotten   from the tuna industry, which represents about 8.71% of the non-oil Ecuadorian exports"
He said" According to a current Report on Ecuador’s Banana Sector, there are 4,473 banana producers cultivating the product on over 162,236 hectares of land.
“A report by the United Nations, Food and Agricultural Organization, UN FAO, in 2016, Ecuador produced about 8 million tonnes of bananas, representing over 6% of the world’s total banana production."

The event was attended by stakeholders in the critical sectors of the economy, including Agriculturists, media, bankers among others and were treated to lunch with the acting Ambassador.