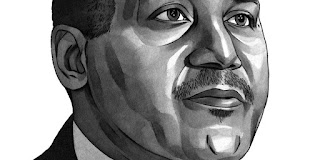 The Story Of How He Became Africa's Number 1
BY MIKE DE CERUTTI OSAGIE, Abuja Nigeria
***************************************************
“A prudent man should always follow in the path trodden by great men and imitate those who are most excellent, so that if he does not attain to their greatness, at any rate he will get some tinge of it.”-Machiavelli
It is not for nothing that business magnate, investor, and owner of the Dangote Group, Aliko Dangote GCON is called foremost Africa’s global business mogul . 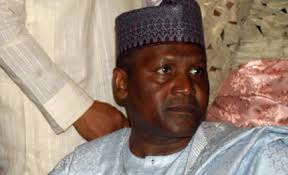 He is man of multiple stream of income and he has pies in many interest in domain that is stationed across Nigeria and other African countries. As at March 2019, he had an estimated net worth of US$10.6 billion and thus ranked by Forbes magazine as the 100th-richest person in the world and the richest in Africa and peaked on the list as the 23rd-richest person in the world in 2014.
He surpassed Saudi-Ethiopian billionaire Mohammed Hussein Al Amoudi in 2013 by over $2.6 billion to become the world’s richest person of African descent. In this brief but most incisive tribute, bestselling wordsmith and a strong Dangote connoisseur, Chief Mike De Cerutti Osagie tells you the story of Dangote’s rise to the top of Africa’s rich listed club,it is a token happy birthday tribute piece 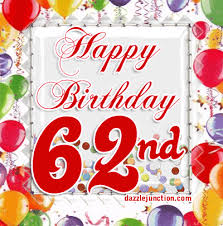 Aliko Dangote, an ethnic Hausa Muslim from Kano, Kano State, was born on the 10th of April 1957 into a wealthy Muslim family. He is the great-grandson of Alhaji Alhassan Dantata, the richest African at the time of his death in 1955.
Dangote was educated at the Sheikh Ali Kumasi Madrasa, followed by Capital High School, Kano. He has a bachelor’s degree in business studies and administration from Al-Azhar University, Cairo.
At the age of 21, Aliko Dangote borrowed  #500.000 (About $3,000) from his uncle,Alhaji Dantata 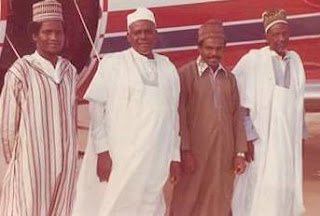 to import and sell agricultural commodities in Nigeria, his native country. His business venture quickly became a success, and as a result, he managed to repay the entire loan within three months of starting operations.
For the seventh in a row, Dangote was the richest man in Africa in 2018, with an estimated net worth of $14.1 billion. The business empire he began to build more than three decades ago, Dangote Group, is one of the largest private-sector employers in Nigeria as well as the most valuable conglomerate in West Africa.
Dangote's business interests encompass many industries, including oil and gas, consumer goods and manufacturing. About 80% of his conglomerate's revenue comes from Dangote Cement, the subsidiary produces 44 million metric tons of cement every year and plans to increase output by 33% by 2020. Dangote also owns the world's third-largest sugar refinery, and together all of his publicly traded companies make up a quarter of the market capitalization of the Nigerian Stock Exchange.
Here is an overview of how Aliko Dangote turned local commodities trading businesses into a multibillion-dollar corporation.
Early Life and Schooling of the Richest African 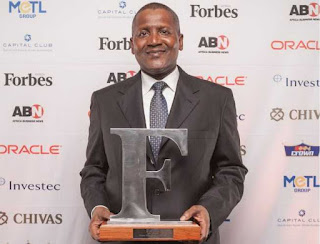 Dangote grew up in an entrepreneurial household in Kano State, Nigeria. He was raised Muslim and lived an upper-class life. Dangote’s grandfather, Sanusi Dantata, was once named one of the wealthiest people living in Kano. He made his fortune selling commodities like oats and rice. Dantata became Dangote’s guardian in 1965 after the death of his father.
Having spent much of his childhood with his grandfather, Dangote quickly became interested in the world of business. He once said, “I can remember when I was in primary school, I would go and buy cartons of sweets [sugar boxes] and I would start selling them just to make money. I was so interested in business, even at that time.”
At age 21, Dangote graduated from Egypt's Al-Azhar University, one of Islam’s prestigious universities. It was there the budding entrepreneur furthered his education in business.
An Empire Is Born
After graduating from college in 1977, Dangote managed to convince his uncle to lend him money to start a business. The funds from the loan allowed him to import soft commodities at wholesale prices from international suppliers. Two of his main imports were rice from Thailand and sugar from Brazil. He then sold those items in small quantities to consumers in his village at a lucrative markup. The venture quickly became successful and turned into a cash cow. Dangote claims on some of his best days, he was realizing a daily net profit of $10,000. That allowed him to repay his uncle in only three months.
Cutting out the Middleman
In 1997, Dangote realized that acting as a middleman was a very costly endeavor, so he built a plant to produce what he had been importing and selling for the previous 20 years: pasta, sugar, salt and flour. Around the same time, Dangote was awarded a state-owned cement company. Dangote significantly expanded the operations of the company in 2005 by constructing a multimillion-dollar manufacturing plant. The construction was financed with $319 million of Dangote's own money in addition to a $479 million loan from the International Finance Corporation, a sister organization of the World Bank.
Each of his manufacturing divisions has since been separated into publicly traded companies: Dangote Sugar Refinery PLC., National Salt Company of Nigeria PLC., Dangote Flour Mills PLC., and Dangote Cements PLC.
Expanding the Empire
Dangote has always reinvested the majority of his profits back into his businesses, which is one reason the company has grown so much since inception. During an interview with Al Jazeera News, he explained, ‘‘we [Dangote Group] are not doing like other Africans who keep most of their money in the bank. We do not keep money in bank. We fully invest whatever we have and we keep on investing”
Unlike many wealthy Nigerians who made their fortune in oil, Dangote initially chose to go down a different path, but he has since entered the oil and gas industry. In an effort to put some of his cash reserves to work, Dangote purchased an oil refinery in Lagos in 2007. He hopes the refinery, which is scheduled to be at full capacity by 2020, will significantly reduce Nigeria's reliance on international suppliers for oil and gas. The plant is expected to produce 650,000 barrels of oil a day.
• The Bottom Line
Aliko Dangote's journey to fortune is not a rags to riches story. He came from a wealthy family that was able to provide financial assistance to start his business. Over the years, Dangote has expanded into new business segments, including telecommunications, real estate and steel manufacturing. Today his holding company, Dangote Group, is the largest conglomerate in West Africa.
*FEW  TOKEN QUOTES FOR DANGOTE @ 62 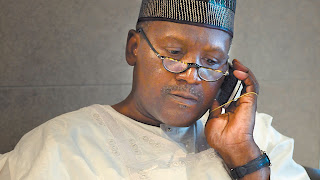 *Age is strictly a case of mind over matter. If you don't mind, it doesn't matter.-Jack Benny
* You've heard of the three ages of man - youth, middle age, and "you're looking wonderful".-Francis Cardinal Spellman
*Old age isn't so bad when you consider the alternative.-Maurice Chevalier
*The older the fiddle, the sweeter the tune.-Irish Saying
*Those whom the gods love grow young.-Oscar Wilde
*To me, old age is always fifteen years older than I am.-Bernard M Baruch
*If I had to live again I would do exactly the same thing. Of course I have regrets, but if you are 60 years old and you have no regrets then you haven't lived.-Irish singer Christy Moore
*Our birthdays are feathers in the broad wing of time.-Jean Paul Richter
*THE BEST OF ALIKO 10 QUOTES 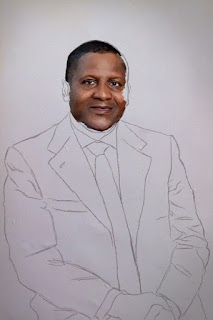 1:“In whatever you do, strive to be the best at it.”
2:“My grandfather once told me; the soul of business is not making money but making people happy.”
3“Invest now, before it’s too late. The train is about to leave the station.”
4:“Africa is the fastest-growing economic region in the world. This is the right place to invest.”
5:“Motivation, backed by good planning and correct action leads to success.”
6:“I believe in hard work and one of my business success secrets is hard work.”
7:“To succeed in business, you must build a brand and never destroy it
8:“Every morning when I wake up, I make up my mind to solve as many problems, before retiring home.”
9:“Endeavor to work as hard as possible to attain a new aim with each day that comes by. Don’t go to bed until you have achieved something productive.” 10:“When you have made it in life, you must give back to those who made you.”
11:“Manufacture, don’t just trade.”
12”“Passion is what drives me forward. Passion is what makes me go to bed at 2am and wake up at 6am.”
• Osagie is an author, international image management consultant and a Special adviser, he can be contacted via chiefcerrutti@gmail.com or SMS +234 7042631895