State Of the Nation :October 1 and the torment of memory 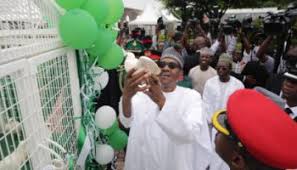 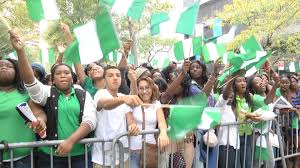 October 1 and the torment of memory 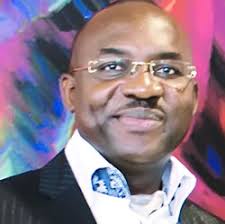 Forget the rose-scented official statistics, the sweet words of the establishment. There can be no procedure to tracking Nigeria's progress graph more efficiently, more intimately than a gesture as ordinary as dusting up old copies of newspapers or journals to find just how much of yesterday's promises were eventually delivered and the gradient to which current lamentations in the land bear resonance with the cry of yester-years.
The first likely surprise on that excursion into the past: not a few of yesterday's heroes would have dramatically morphed into today's villains, with old crooks now miraculously canonized as saints.
The annual national ritual resumed last Sunday as we marked another October 1. Listening to President Buhari on Monday making his fifth outing as either civilian or military head of state, perceptive older Nigerians were unlikely to miss the recurring decimals in all. Always permeating his National Day speeches from 1984 to date are the themes of anti-corruption, containing centrifugal forces and titanic exertion to fix leaking economy.
One, the noble duel against Boko Haram which has dominated PMB's October 1 in the past three years slightly echoes back to what was said against no less aberrant Maitasene sect in 1984 as military head of state.
Talk of salvaging the national economy out of recession days ago bears same cadence with what we heard in 1984 after failed politicians had reduced "our hospitals to mere consulting centres". The same way the anti-corruption rhetoric persistent today had also featured back in 1984 amid a national crackdown on those who looted the exchequer during the preceding dispensation.
In a way, it all tells of a nation hopelessly locked in the frenzy of motion with little or no movement.
Turning the pages of Sunday Concord of October 5, 1997 last Sunday, this writer, for instance, could not but shudder at the striking pungency the points made some donkey years ago by respected columnist, Mr. Lewis Obi, still bears with current human condition in contemporary Nigeria.
With democracy then in retreat under dictator Sani Abacha, the national mood was perhaps best captured by Obi in a piece entitled, "37 Years in The Wilderness", contained in that edition. His grim observations after listening to the Independence Day broadcast by the then head of state:
"(A)fter the speech, most households in Lagos went out in search of water. A cholera epidemic is imminent in Lagos unless the water supply is restored and increased. Most homes in Lagos get two days electricity a week. Since only the rich - indeed, even the rich can no longer run their electricity generating sets - only the obscenely rich still has a set working. The reason is that the Tokunbo generators have had to be overburdened and the cost of running them is driving their owners mad."
With trillions of naira since expended on power by Abuja in the succession of five administrations and surfeit of reforms in the past twenty years, generating set market has, in fact, boomed further with fuel cost completely out of reach of the common man as the nation still largely wallows in pitch darkness. Back in the 70s, a federal rolling plan panel led by Chief Olu Falae had projected the nation's energy need would be over 10,000 megawatts by 2000. More than 40 years later and with the population almost tripled, electricity generation is still officially estimated at a controversial 7,000. Yet, by 1988, official records indicated the 4,000 mark had already been attained. Even after pouring more than $16b into the energy sector by 2007 (according to the House of Reps in 2009), Chief Olusegun Obasanjo only delivered a miserable 3,000 megawatts.
Today, statistics from an international agency, WaterAid Nigeria, indicate that 40 percent of the population still lack access to potable water despite hundreds of billions voted yearly by various levels of government. In short, ten percent of the world's thirsty are in Nigeria today.
So pervasive has the sinking of private boreholes become that authorities in many states have since enacted assorted regulations not to lose out in making profit (by way of levies) from the misery of the thirsty populace desperately seeking quick-fix. Of course, no one seems to bother about the adverse consequence for the environment ultimately.
Sadly, the generation that drank from efficient, hygienic public taps in the 70s/80s sat by idly and over the years watched in surrender as the cartel of "pure water" merchants gradually displaced state water boards across the country and today have proved to be far more efficient, even though carcinogenic, in water supply.
Now, let us fast forward to October 2007. This is what Chief Chukwuemeka Ezeife, one-time Anambra governor, had to say about the activities of the Economic and Financial Crimes Commission (EFCC) then under Mallam Nuhu Ribadu:
"As you know, all of us are in support of anybody or institution that is anti-corruption. The only problem is the right process to take in fighting corruption. We need to know that selective justice is injustice. That is the point I want to emphasize. And so far, the EFCC has been doing selective justice, pursuing people it is asked to pursue. It cannot claim to be following due process."
Today, with yesterday's opposition now in power at PDP's expense, what could only be said to have changed is the voice; the complaints of "selectivity" have not stopped trailing the anti-graft war.
Then, fast forward to 2017. Ezeife's reaction to the October 1 broadcast by President Buhari as published by Vanguard two days later (October 2), no doubt turns a darker page on a different issue altogether - national unity/integration: "Buhari ... is trying to push the South-East out of Nigeria by marginalizing, dehumanizing  and humiliating them... The young ones (IPOB) couldn't understand what he was up to and so they reacted as young people.
"We didn't have these problems under President Olusegun Obasanjo, Umaru Yar'Adua or Goodluck Jonathan but immediately Buhari took the oath of office and swore to protect the constitution, he reneged on such things as federal character. He told us he belongs to everybody and to nobody but we have seen that he belongs to Katsina." 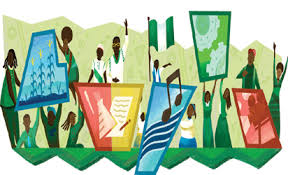 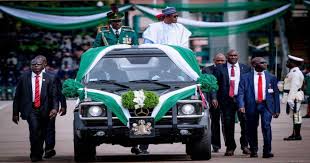 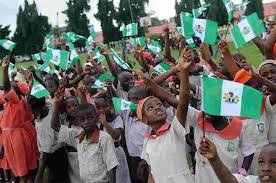 At Nigeria's 47 anniversary, these were the reflections of Chief Falae as published by  Sunday Sun of Sep 30, 2007:  "At 47, Nigeria has a lot to grapple with, the insecurity of lives and property, unemployment among the youths which has turned young ones to prostitutes and armed robbers, unstable economy which is telling seriously on the downtrodden, the masses and massive rigging that is pervading our electoral system and other vices of our leaders. All these are enough to ruin the nation.
"There will not be meaningful development unless our leaders are ready to change their attitudes and their approach to governance... Tell me, how you do think the nation will develop when a whole deputy governor was snatching ballot boxes in the presence of voters? I mean this nation needs a lot of reforms and sanity, otherwise the nation may not witness any meaningful development."
Poor Chief Falae. While uttering those sanctimonious words in 2007, little did the Akure high chief know that he would find himself being implicated nine years later in the alleged unsightly receipt of N100m from Dasukigate.
Ten years ago, Bishop Bolanle Gbonigi, one of the nation's surviving moral authorities, had wept at the nation's wasted opportunities, urging prayers for the country's salvation. His views as published by Sunday Sun of September 30, 2007: "Our nation needs serious prayers and God's intervention. Our leaders, instead of listening to the cry of the masses and engage in developmental projects that will alleviate the sufferings of already downtrodden masses, they were busy looting the nation's treasury. Therefore, we need to intensify our prayers so that God can touch the hearts of our leaders. You can see that at 47, the nation has little to show for it. Our leaders should have the fear of God in their minds."
Today, the octogenarian, after a decade of fervent prayers, seems to be giving up. His comment in the Punch of October 1, 2017: "(M)ajority of the politicians join politics not to serve the people but to serve their pockets. That is why I always say these so-called politicians lobby for positions in order to get possessions to enrich themselves. Look at the way they are stealing billions from the treasury and keeping them in their private accounts in Nigeria and abroad while many Nigerians are suffering."
Pity, the more things change in Nigeria, the more they appear the same. 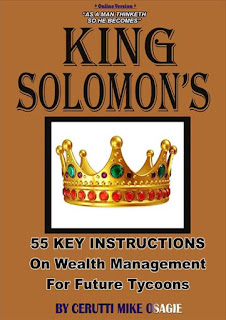