STATE OF THE NATION TODAY :IG’s ‘Transmission’ & other treacherous tale 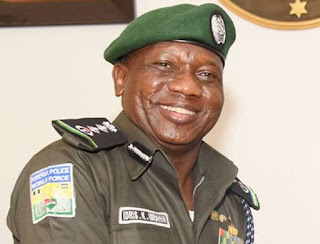 As is customary, today, we shall be making a detour from the usual to dissect just two of the slew of words that has lately crept treacherously into national conversation since our last enumeration. The mission is to provide context and content, so that the uninitiated may better understand. Transmission: Goodluck Jonathan gave us “transformation” even though it turned out the real agenda was to democratize the looting of the nation’s exchequer. Perhaps owing to his own ritual taciturnity, President Muhammadu Buhari has hardly made a pretense to any such fanciful sloganeering.
However, more by default, that vacuum would now appear filled. Many thanks to the recent spectacular outing of the Inspector General of Police, Ibrahim Idris, who, until now, had endured with uncommon equanimity, the antics of traducers who would mischievously prefer to mispronounce his official title as “Inspector Genital” following reports that his harem had quietly admitted a serving female police officer and he, so super efficient, already had her inseminated.
Last week, an apparent slip of tongue at the inauguration of the Police Technical Intelligence Unit in Kano would literally trigger a manic frenzy across the nation’s media circuits - whether traditional or the social media. In the viral footage, Idris is heard mumbling: “I mean, transmission, I mean effort, that the transmission cooperation to transmission, I mean transmission to have effect, ehm, apprehend, I mean, apprehensive towards the recommendation, recommended formation effective and effect, I mean, apprehensive at the transmission of…and transmission and transmission for the effective in the police command.”
While the orgy of lexical violence lasted amid the heavy wind that afternoon, an aide was seeing moving to his side to assist him on the lectern, to no avail.
Thus, the word “transmission” caught on like wild fire. Never since Buhari assumed office three years has one single word or phrase had the nation enraptured so intensely. 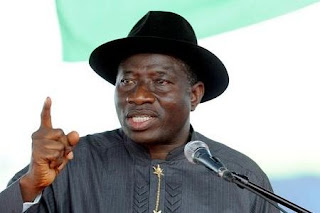 Trust the subversive ingenuity of the netizens in the social media. We saw a gallon of engine oil emblazoned with a rather cheeky sticker, “SuperTech - Automatic Transmission Fluid”, garnished with Idris’ chuckling face.
Countless short videos followed, mimicking Idris. In one, we heard an improvised melody synchronized to the dance-steps of some excited cops on duty.
With all manner of comic flicks flying around, you would think the IG is the CEO of a new comedy company.
Trust those easily given to superstition. They were quick to conclude that what IG had suffered while reading the prepared text that afternoon was a “spiritual attack”, hence the stunning incoherence.
Even more hilarious - if not disturbing - was the reaction of the police authorities to the embarrassing footage. Of course, there is no denying that the clip was doctored (a reminder of the increasing danger technology poses to even the spoken words) and that Idris’ “enemies” helped fuel it. But there can be no denying one truth also: there was a slip, which is only human. Not admitting that at all is what seems despicable. After all, exaggeration, as Khalib Gibran tells us, is only a truth that has lost its temper.
But, overall, it will not be difficult for those familiar with the workings of officialdom to, at least, locate the genesis. There is no doubt the speech at issue was drafted for the IG. Ideally, in such circumstance, he should have rehearsed before hand. That would have afforded him the opportunity to familiarize himself with the “jaw-twisting” words or detect any grammatical impurities ahead. It is most likely he was too preoccupied with other things to observe this basic etiquette of public-speaking.
So, after all mispronounced and done, the IG also partly has himself to blame. Well, maybe his consolation should be that, at least, there is now an epithet to define his reign as super cop.
Rescue: Those still unbelieving that a word could actually lose its etymological virginity  to the extent of beginning to connote or denote something entirely contrary would not have to look beyond Imo today. Some seven years ago, Rochas Okorocha made a fetish of the phrase “Rescue Mission” to describe his vision and mission in the state self-acclaimed as “the heartland” of the South-East.
But with the political carnage Okorocha has suddenly found himself, it would appear the zealous rescuer of yesterday has ironically morphed into the biggest casualty today. Now virtually defenestrated from the APC he thought he built in Imo, it is clear the hunter has become the hunted.
Alas, his dream of corralling APC structure to perpetuate his reign by installing his son-in-law as his successor appears to be going up in smoke as a coalition of opponents has wrested the control from him, if the outcome of the recent state congress is any guide.
Maybe, philistinistic Okorocha never read Chinua Achebe. Or, if he did, he least understood what he wrote. Otherwise, he would not have forgotten the popular parable of the the rich man who could afford to treat the entire community to a feast but who was faced with death arising from constipation when the entire town decided to feed him.
From the look of things presently, all the power and principalities within Imo APC and their allies in Abuja have decided to force-feed Okorocha. Now, what we hear is the gurgling sounds of someone in the throes of asphyxiation. 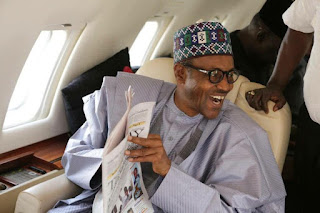 Pity, Okorocha is left to whine himself hoarse, in fact grumpy. When not blaming outgoing National Chairman, Chief Odigie Oyegun, for “vendetta against me for opposing tenure elongation”, he is sulking against Osita Izunaso and other kinsmen for seeking to “chop where they did not work”.
For so long, Okorocha tormented Imo with his uncommon megalomania. Even when he had not yet been sworn in May 2011, he fabricated the letterhead of “Office of Incoming Governor” with which he wrote banks warning them not to honour cheques issued by the then outgoing governor.
Thereafter, he proceeded to unleash perhaps the most audacious privatization of the institution of state in recent history with family members exclusively planted right from the gate to the throne in Government House.
Completely deluded, he sought to perpetuate the scam by naming his son-in-law as heir apparent and, by extension, his daughter as a First-Lady-in-waiting come 2019. And the pathetic chap has learnt to ape his fawning father-in-law, tailing him everywhere, dressed like him, affecting his fawning mannerism in public to boot.
Ah! The rescue worker himself is now in need of emergency evacuation. 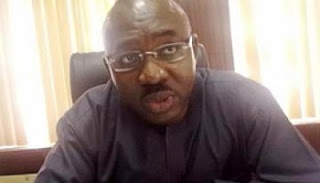