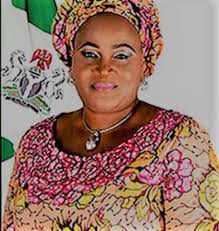 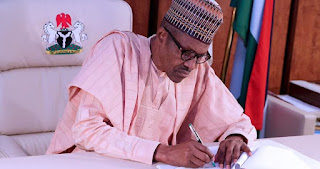 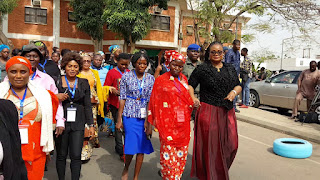 
In the early weeks of April, 2018, the Federal Government of Nigeria reversed the suspension of the Director-General, National Women Development Centre, Mrs. Mary Eta.
The FG said the suspension carried out by the centre’s recently inaugurated Governing Board was illegal.
This was contained in a statement by the Permanent Secretary (General Services Office), Office of the Secretary to the Government of the Federation, Olusegun Adekunle.
Adekunle directed Eta to resume her duties immediately at the centre.
The statement reads, “The Federal Government has noted with concern the development at the National Women Development Centre, especially the purported suspension of the Director-General, Mrs. Mary Ikpere Eta by the Governing Board, which was inaugurated very recently.
“To all intents and purposes, government reiterates the position that Boards of agencies are to provide general policy guidelines and frameworks, and not to interfere with the day-to-day management of the agencies.
“The Boards and Chief Executive Officers are all appointed by Mr. President, according to stated terms and conditions with clearly established rules and procedures for subjecting Chief Executive Officers to disciplinary measures including suspension from office. In this respect, this process has not been followed.
“Consequently, the government directs the reversal of the suspension of Mrs. Mary Ikpere Eta as the Director-General. She is accordingly directed to resume her duties immediately at the National Women Development Centre. 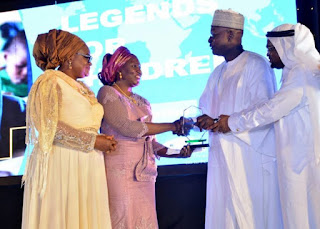 Ever since then, life at the Abuja NWDC has turnaround for better, as the DG now leads her team to always give their maximum best in all they do
Barr Mrs. Mary Ikpere Eta,The DG, National Centre for Women Development,who is a reputable legal practitioner and former gubernatorial aspirant in Cross River State. is now extremely focused on It is centred on which is my cardinal point in office, toward gender-based issues, where women would be adequately represented in governance.
Under her, the NCWD plans to be organizing seminars and training to educate women on financial management and the need to multiply sources of income to alleviate poverty. When you empower a woman in a home, indeed, you have empowered an entire community. Advisably, women should join hands to make the nation greater.
With a firm mandate, to liaise internationally, nationally and regionally unto the grassroots for the development of women, WORLD LEADERS ONLINE MAGAZINE learnt that plans have reached advance stage for in enrolling a minimum of 5,000 women for training in different skills with a startup pack to support their businesses. Consequently, we want women to have alternative incomes, not just depending on salaries or their husbands for survival. Also, we intend training women in agriculture and fishery.
A trained lawyer, politician and tax consultant, the DG has this to say of her career and lifestyles , " my life as a legal practitioner would be attributed to sheer hard work, determination, tolerance, fear of God, humility, perseverance and dedication. I am an advocate of natural looks 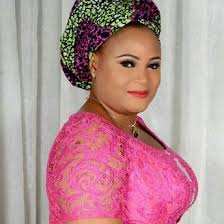 . I bathe with black soap and use moisturizer for healthy skin. However, I don’t joke with exercise and I eat healthy. Most importantly, I ensure I live a happy life, regardless of what life throws at me. Psychologically, when you are happy, everything around you will be impact. Above all, God is the secret behind my existence.
"Hence I ALWAYS tell women never to feel inferior but trust God totally, SET HIGH STANDARD, , they should stay focused, be industrious and never assume themselves inferior to their counterparts; they should be prayerful, knowledgeable, submissive and hardworking to attain their destiny"the amiable DG STATED