Profiles in fortitude and courage 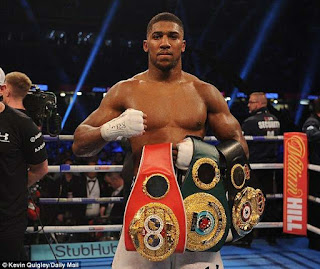 For those tempted to give up on the Nigerian identity, three recent events should offer some reassurance. Though disparate in circumstances, they nonetheless collectively tell the story of tenacity in the face of denial, character under temptation and courage under peril.
After slaying another victim last weekend in Cardiff, United Kingdom to reaffirm his invincibility in the rope square, emerging heavyweight legend Anthony Joshua was soon flanked by the governor of his native state in Nigeria, Ibikunle Amosun. In the post-fight photograph widely published by Nigerian newspapers on Sunday, we saw the Ogun helmsman posing with AJ’s golden straps with pride.
Back in rustic Sagamu that night, it was a different sort of delirious celebration all together. Townsfolk threw spontaneous parties to toast yet another victory of the homeboy in world boxing.
But while AJ’s sustained feats are bound to continue to sire assorted emergency fathers and relations in the times ahead, the supreme irony is that he was once rejected in the same land when he sought opportunity.
Ahead of the preparations for the 2012 London Olympics, then little known muscular kid showed up at boxing trial in Lagos. Though he had spent most of his years in the UK, his heart was in Nigeria. He craved a chance to don the Nigerian colours.
Perhaps because he did not present a note from a godfather or his accent did not quite sound Nigerian enough, the coach barely gave him a second look. Frustrated but determined, AJ packed his bag and returned to London where mere talent was enough to earn him a place in the British Olympic squad. Only God Knows the other AJs unable to persevere and so fell by the wayside in Nigeria.
As fate would have it, the then twenty-two-year-old would emerge the biggest boxing revelation of the 2012 Olympics with his conquering streak that fetched him the coveted gold medal.
Indeed, since turning professional, what has been shaping the AJ enigma is not so much the uncommon convergence of vintage George Foreman’s bull ferocity, Muhammad Ali’s smoldering charisma and Lenox Lewis’ infectious chivalry; much more compelling is the story of how he was able to reinvent himself after an early brush with the law on account of juvenile delinquent conduct. Thereafter, he chose the martial art to express his boundless energy.
The rest, as they say, is now history.
If AJ soared in glory, his fellow compatriot, Abraham Badru, got entombed in gore, the latest victim in the epidemic of gun violence tugging at London’s jugular, claiming staggering ten lives within twelve days.
Yet, as a teenager years ago, the son of a sitting Nigerian lawmaker was the toast of the local community in London for rescuing a woman from rape attack. He was not obliged to weigh in. Some other faint-hearted guy would probably have ducked in the shadow and elected to view the violation of the defenseless woman as vile entertainment.
But Badru, described as a pious man who shared his time between the field of soccer where his passion lay and the local temple where he practised his Christian faith, was no carnal voyeur.
The randy beasts had to flee upon Badru’s brave intervention.
For that heroic feat, the British Police festooned him with the medal of valor.
But sadly, twenty-six-year-old Badru had no such helper last week when he himself came under attack while emerging from the car near his family’s home.
Just the way Badru had fought off the would-be London rapists, John Ogah would wrestle to the ground with bare hands an armed robber in Italy sometime ago. Living a destitute life as illegal alien, his desperate material condition at that horrible hour could ordinarily not have obliged him to care. 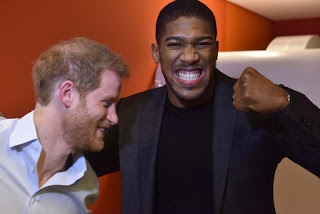 As a practising street beggar, Ogah could, in fact, have elected to stay in the sideline to observe the unfolding spectacle with some malicious pleasure, if not wish that, by some divine miracle, some crumb from the €400 loot being carted away fell mercifully into his soliciting bowl.
But at that dire moment of temptation, Ogah showed character. He lounged forward and held by the collar the absconding masked robber armed with a gleaming meat cleaver until the police arrived.
In the ensuing melee, Ogah, despite being the ultimate hero, did not wait to receive praise as he, fearing arrest over his undocumented status, bolted away. But he was soon tracked down through a review of the CCTV cameras.
In appreciation, not only has the state authorities awarded him the Italian residency permit he was coveting all along, the Italian Red Cross completed the bonanza by offering him a job and a dignifying place to call home.
Perhaps signaling Ogah’s final induction into the local hall of fame, Pope Francis at weekend baptized him alongside seven others in Rome.
The message from the referenced stories: for every shameful report of credit-card fraudster or 419 con artist of Nigerian origin abroad, there still exist thousand others engaged in legitimate activities that buoy our national pride. 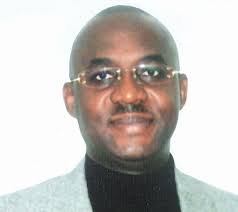