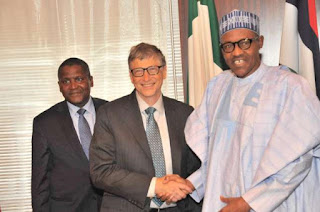 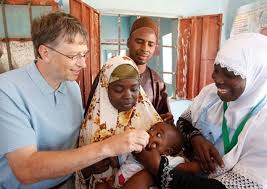 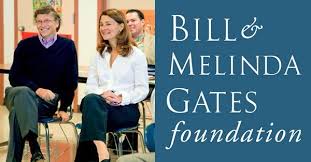 Gates and the Nigerian Ostriches 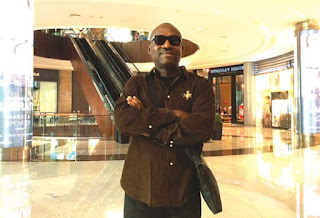 Ogoni: Prison and cemetery as federal amenities
The proclivity of the Nigerian state to deny and dehumanize the minority ethnic nationalities is again playing out in oil-rich Ogoniland, Rivers State. Following decades of environmental degradation occasioned by relentless oil exploration, Nigeria had acquiesced to a recommendation by the United Nation for a holistic rehabilitation, if only to preserve the humanity there.
So, amid song and dance in 2016, the Federal Government flagged off the implementation of the United Nations Environmental Programme (UNEP). Then, a high-powered panel was named, though not empowered to work.
Twenty-one months later, Ogoni people have become restive on account of the inaction. Life has continued to be miserable and aquatic vocation unthinkable.
With an eye now obviously on the next election and the other on the vast oil still buried in Ogoni soil (the exploitation of which the oil majors are just too eager to resume), Abuja thought up a way out. Without evincing the slightest pang of conscience, Abuja now wants to give the people prison and cemetery instead.
It sounds like a crude plagiarism of OBJ’s own playbook at a time. In response to repeated lamentations of “federal neglect” by Imo leaders at a town-hall meeting while on official visit to Owerri sometime in 2002, then President Obasanjo cynically punctured such claims, citing Owerri prisons for instance as “federal presence”.
With a straight face, he reckoned that the only federal amenity his own native Ogun State could perhaps be said to enjoy above Imo was - wait for it - Aro Psychiatric Home. He therefore asked the now dazed audience that day (including Governor Achike Udenwa) whether they would fancy a replica in Owerri, in the spirit of equity.
Today, the symbolism of the offer of prison and cemetery as substitute for more economically impactful amenities should not be lost on Ogoni people. It is perhaps to remind them of two stark options available. One, Abuja’s commitment to, at least, provide ample store for the remains of those broken by the scorched earth policy underlining the mindless oil exploitation. Second is the assurance of a holding facility for resident “trouble-makers” who might wish to lend themselves to temptation to disrupt the operation of the prevailing architecture of state plunder.
Abuja’s lip service to the Ogoni clean-up has, in turn, provided a perfect excuse for the conniving Shell and other joint-venture partners to withhold the agreed $1b counterpart fund for UNEP implementation. Expectedly, Abuja would blame the inertial on cash crunch, even though oil receipt mined from Ogoniland and other blighted provinces in the Niger Delta accounts for more than 80 percent of the nation’s gross earning. But, of course, there is money to build a fancy rail that stretches from Katsina into Niger Republic and co-fund the construction of a new refinery in same Niger Republic.
Truly, equity has a new meaning.