Newspaperman as icon and iconoclast: Will Dapo Olorunyomi stand and take a bow on his 60th birthday? asks Louis Odion FNGE 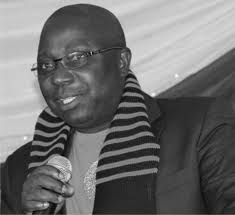 "Always fight for progress and reforms, never tolerate injustice or corruption, always fight demagogues of all parties, never belong to any party, always oppose privileged class and plunderers, never lack sympathy with the poor, always remain devoted to the public welfare, never be satisfied with merely printing news, always be dramatically independent, never be afraid to attack wrong, whether by predatory plutocracy or predatory poverty." 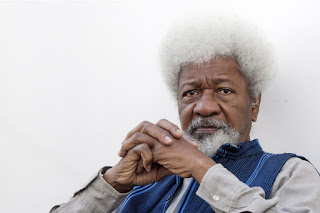 Newspaperman as icon and iconoclast
By Louis Odion, FNGE 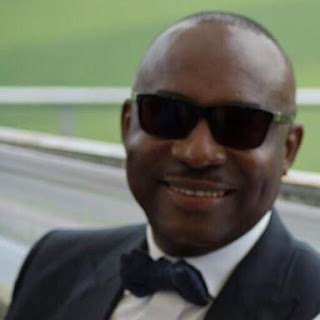 The foregoing is extract from what Joseph Pulitzer outlined as the journalist's covenant with society. Though speaking at a different time and space, the great 19th century American publisher could as well be referring to Dapo Olorunyomi, one of the sturdy prodigies whose commitment and courage undoubtedly helped redefine Nigeria's media space in the past three decades.
The pleasant coincidence: the eponymous excellence prize instituted in the memory of the man who revolutionized America's media practice is exactly a century old this year; Dapsy (as Olorunyomi is fondly called in Nigerian media circles) joins the sexagenarian club today.
Olorunyomi's engagement with the Nigerian public since the 80s has relentlessly been in the crusading mode. His odyssey traverses the media, advocacy community, academia and public service. As Pulitzer enjoined, he forever seeks to parlay each platform not to secure easy accommodation with power, but shake the system in a manner that extends the frontiers of liberty.
Through the agencies of the Open Society Initiative, Freedom House, Premium Times Centre for Investigative Journalism (PTCIJ), Wole Soyinka Centre for Investigative Journalism (WSCIJ) among others, he seeks to build capacity for media practice not only at home but also at continental and global levels.
Again, through such, we are reminded of what Pulitzer had written in 1904 in The North American Review justifying the founding of a school of journalism: "Our Republic and its press will rise or fall together. An able, disinterested, public-spirited press, with trained intelligence to know the right and courage to do it, can preserve that public virtue without which popular government is a sham and a mockery.
"A cynical, mercenary, demagogic press will produce in time a people as base as itself. The power to mould the future of the Republic will be in the hands of the journalists of future generations."
Against this backcloth, the freshest scalp on Dapsy's professional platter is that of Abdulrasheed Maina, the pension scam artist. Since his Premium Times, an electronic newspaper, broke the story of his secret reinstatement in the federal civil service last month, things have, of course, not been the same in Abuja's otherwise usually tranquil sleaze factory, with the contagion of insomnia and the gnashing of deformed teeth in high places.
So, when earlier this year agents of the Chief of Army Staff resorted to stentorian tactics and muscle-flexing around Abuja apparently to intimidate after Premium Times sensationally broke the story of Tukur Buratai's swanky multi-million dollar property portfolio in Dubai, those who had closely followed Olorunyomi's career over the years must have chuckled in sheer amusement.
Having held his professional head high, having stared self-professed blood-hounds in the eyes without blinking when it was most suicidal in the 90s, only amateur bullies would imagine the battle-hardened media General would now easily be rattled by mere barking at the door or shadow-boxing by some upstarts in the driveway.
If the term "guerrilla journalism" had sneaked into public conversation in Nigeria in the 90s (as brutal military despotism engulfed the country), Dapsy was among the daring tribe who, with the power of imagination and the written word, perpetually gave the presiding generals hell and, as a price, became the habitué of the gulag. TheNews magazine he co-founded in 1993 with the likes of Bayo Onanuga, Femi Ojudu and Kunle Ajibade was soon officially classified as enemy by the Babangida and Abacha juntas.
His subsequent involvement with the Economic and Financial Crimes Commission (EFCC) can be situated around his natural instinct for activist crusade - the impatience to birth a more ethic-conscious society.
Indeed, while most historians may today readily ascribe EFCC's early "revolutionary" strides and formidable brand it became within a relative short time to Nuhu Ribadu as the pioneer Chairman, not many know that the credit for the back-room exertions actually belong to Dapsy as the unobtrusive Chief of Staff. He certainly brought the organizational acumen of a shrewd manager and the forensic tenacity of a consummate newshound to bear. His boundless reach in the media community was easily deployed for EFCC. Which partly explains why even when EFCC would seem to have exceeded its limits in the line of duty, the attitude of the media then was often rationalization, if not collaboration.
Will Dapo Olorunyomi 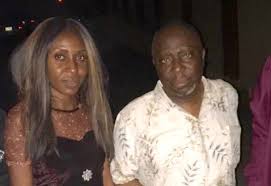 now stand and take a bow on his 60th birthday.