Nigeria's Endless Stories?Louis Odion FNGE Writes For you :Further entry in the diary of shame 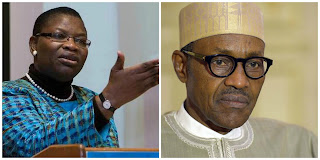 Further entry in the diary of shame 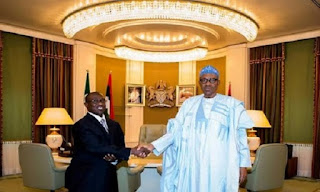 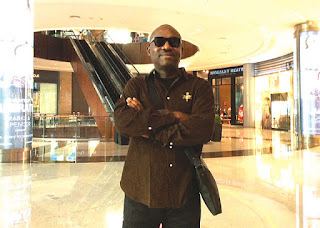 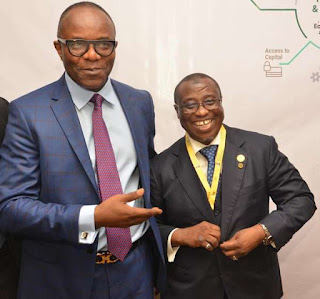 still choking the air, with national dignity looking sullied by suggestion that ailing president spent his 103-day supposed medical seclusion in London mostly signing away multi-billionaire dollar oil contracts presumably over expended injection syringes, a bizarre twist yet entered Aso Rock's comedy of errors last weekend following a revelation that President Buhari had made a strange request of the World Bank boss back in 2015.
While answering what would ordinarily sound an innocuous question at a press conference in Washington last week, Jim Yong Kim unwittingly exposed President Buhari. The marching order received from the Nigerian leader during their very first meeting, recalled the WB Chief innocently with uncommon lucidity, was to specifically "shift our focus to the northern region of Nigeria and we've done that."
To most Nigerians, particularly from the South, if further exhibit was still required to prove lingering charges of prejudice against PMB, that was it. The Presidency's swift attempt at damage-control by clarifying that Buhari only spoke in the context of the Boko Haram-ravaged North-East appeared to have cut very little on account of guttersnipe's cadence, rather than the language of persuasion.
Thank God for Oby Ezekwesili, 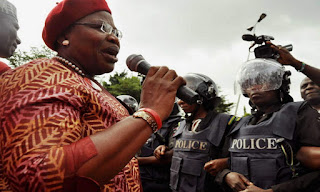 one-time WB Vice President and now a critic of the wobbling and fumbling in Abuja, who then entered the arena and surprisingly rose to PMB's defense with a generosity of spirit completely at variance with the meanness shown her consistently by Buhari people over the last two years over issues of public engagement. This proves she is not a "disco critic" (apology Wole Soyinka).
Even at that, Ezekwesili's attempted rehabilitation of PMB does not in any way attenuate this infamy. What one finds quite disturbing is not only that the president ever thought it proper to indulge in such divisive conversation on a foreign soil, but also the folly in thinking that whipping sentiments over the blighted North-East now would help draw attention from what is evidently Buhari's gross betrayal of the oath of office not to discriminate.
By the way, isn't it ironic that PMB that is caring enough to have made a strong case for the IDP to the WB is now reluctant to discipline someone accused of purloining even the widow's mite raised at home for their welfare under the guise of cutting grass in the same North-East?
Nigeria has just been entered in the Guinness book as the theatre of the costliest bush-clearing in human history.
Of course, the inadequacy of the North-East spin to the Kim embarrassment would be laid bare by a follow-up report by Sunday Punch, which starkly outlined a systematic shortchanging of other sections of Nigeria with regards to WB's documented 14 projects under Buhari's watch, aside from the already established perfidy of lopsided appointments.
According the fact-sheet, seven out of 14 multi-billion dollars projects were reserved exclusively for the north, while the remainder were shared between North-West, North-East and South-West, to the utter exclusion of South-South, South-East and the Middle Belt.
Obscene statistics like the foregoing probably goaded US ambassador to Nigeria, Stuart Symington, to, against diplomatic custom, openly beseech PMB to treat all Nigerians as equals irrespective of their ethnic backgrounds to foster peace and unity. He said this last week in Benin City at an art exhibition. Even fair-minded northerners like retired Colonel Abubakar Umar appear too scandalized by such injustice; they have not stopped speaking out in condemnation.
Those crying wolf now are undoubtedly haunted partly by a bitter memory. PMB's headship of the Petroleum Trust Fund between 1994 and 1998 was equally trailed by charges of favouring a section of the country in the distribution of projects.
For instance, official records show that of all the roads rehabilitated by the PTF, less than ten percent were carried out in the South-West even though the zone was the highest contributor to the PTF being consumer of over 60 percent of refined petroleum products, the rent from which PTF derived its revenue. In summary, whereas all the Southern states had 4,440.43 kms or 24 percent of the road rehabilitation, the north had 13,870.47 km or 76 percent.
Under the National Health and Educational Rehabilitation Programme (NHERP), the South-West had zero allocation in the tertiary programme, while the North enjoyed 100 percent. In the vocational programme, the South-West had zero while the North had 97 percent. In the primary sector, the South-West had zero against 88 percent for the North and in the secondary area, it was zero for the South-West and 86 percent for the North.
Boko Haram was not in existence then, lest it be cited also as the rationale for the foregoing imbalance.
Today, while no one should belittle the present misery of the displaced in the North-East, care should however be taken not to over-stretch the argument in a manner offensive to the sensibilities of other sections of Nigeria. Even among a close-knit family, it is very doubtful if everyone will ever agree to be stationary indefinitely until a lagging sibling catches up.
Niger Deltans endure a living condition no less pathetic. Yet, it is from that forsaken province that the nation derives more than eighty percent of the cash that is shared monthly in Abuja.
Long before the NNPC $25b controversy erupted, a front-page report by The Guardian had similarly exposed an illicit correspondence from the NNPC and NAPIMS directing each of the oil majors to remit a whopping $100m yearly to a "dedicated account" for the benefit of the same North-East. Just like that. Of course, no one seemed to care about its likely adverse impact on their balance-sheet vis-a-vis what will eventually be available as tax to the national wallet.
Naturally, the people of Niger Delta would be envious. 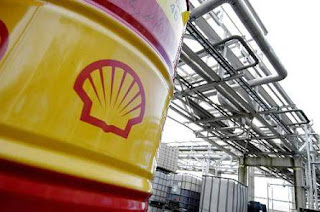 It is public knowledge that the NNDC (NDDC) designed for the region is perennially under-funded. The little made available is often either stolen or splurged on insane white elephants decided by prefects nominated by Abuja.
Last year, the Buhari administration, for instance, made a song and dance of mere declaration of intent to clean up polluted Ogoniland. Today, nothing has happened to the devastated farmlands and contaminated streams. Funny enough, the same government staged another round of singing and dancing in Rivers last week with the declaration of intention to build a 40-kilometre super highway. I am sure not a few take the latest promise with a pinch of salt.
In the South-East, gully erosion remains a perennial challenge. In announcing his intention to visit Igboland soon last week, the president sounded as though he was doing them a favour. The great king is coming on horseback, so the entire community and its masquerades should turn out in their finest costumes and line the highway.
In hindsight, maybe the Igbo were too extravagant in expectation. If a President can treat people like Abubakar Atiku on whose backs he climbed to power in 2015 shabbily, how could those known to have voted against him ever hope to get mercy?
In revoking Intels' juicy contract summarily last week, the government explained rules were breached. But who does not know the blow is actually meant to rattle, if not cripple, Atiku (part-owner of Intels), now seen to be eyeing Buhari's job in 2019?
Though belated, it is nonetheless reassuring that PMB has finally decided to vacate his cocoon and engage the disaffected directly, if his last week's meeting with some Igbo leaders is enough signal. His language that day was conciliatory, not that of condescension we heard in the October 1 broadcast. We can only hope such gesture is followed up with affirmative actions.
It is certainly not enough for the president to claim that he came to power with a clear conscience and would also leave without blemish. He needs to do more to wean a cynical public off the perception of favoritism. As Shakespeare cautions, there is no art to know mind's construct on the face. While the president is entitled to self-praise, his hands and deeds we have seen thus far are soiled with prejudice, if not malice.