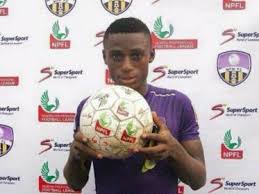 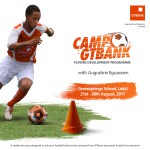 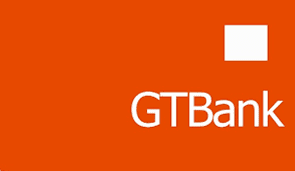 "Talent is God given. Be humble. Fame is man-given. Be grateful. Conceit is self-given. Be careful|"
- John Wooden
Every season, the Nigerian Professional football League (NPFL) pitches a new star. Stephen Odey of MFM FC is the man of the moment for the year 2017.
His striking form, which has left opposing teams in tears and sorrow, has placed MFM FC as a major contender among the possible league leaders and has earned them a continental ticket next year.
The sudden resurgence of the club appears to be tied to the magical boots of Stephen Odey whose goal count hits 18. This striker did not just drop from the moon, he is a product of the GTBank Principals Cup, a grass root football development programme of Guaranty Trust Bank.
Steven played in the second edition of GTBank-Lagos State Principals Cup where he was the captain of the winning Dairy Farm Senior Secondary School, Agege. He also topped the list of the GTBank 13-man All Star Team of the Year. It is therefore no surprise that the little mustard seed is fast growing into an oak.
In January 2017, Stephen received the NPFL Bloggers’ Award as the most valuable player of the month. Also, in the current season, he was the first player to score a hat trick among over 200 players in the league. 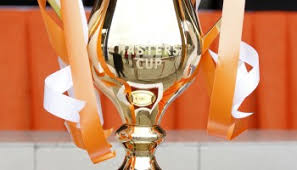 He scored five goals for the MFM FC in the 2015 season of the Nigeria National League, helping the club to gain promotion into the elite Nigeria Professional Football League. In the Season 2015/16, he scored 9 goals to become his club’s top scorer. In the current season, he has scored a total of 18 goals.
In some instances, 14 goals was what some players scored to emerge the top scorers for the entire season. In the days leading to the last friendly match the Super Eagles had in London, March this year, Odey’s name kept coming up as a domestic league player who should have been employed for the Super Eagles’ assignments. However, his exploit led to his invitation to the Super Eagles CHAN Team double header qualifiers against Benin Republic in August.
The former school boy sensation in the GTBank Principals Cup has a big burden on his neck. He will have to prove that unlike the ‘kings’ before him, he will not be a one season sensation.
Stephen’s impressive performance has now led him to signing a four year contract with Swiss club-FC Zurich, this may not be a big surprise considering the GTBank football tournaments growing profile of football future stars. 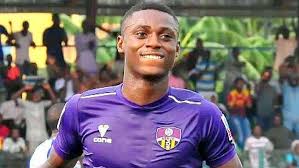