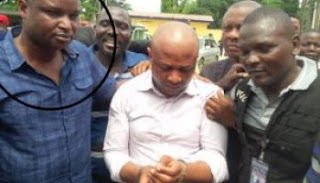 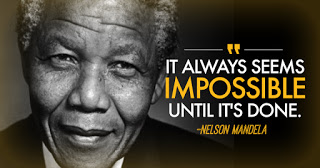 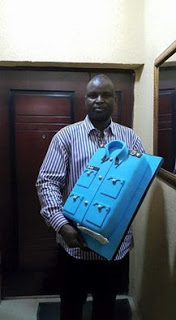 “You must get rid of the thought of competition. You are to create, not to compete for what is already created”.
BY AFRICA’S “CZAR OF LETTERS”, MIKE CERUTTI MIKE OSAGIE 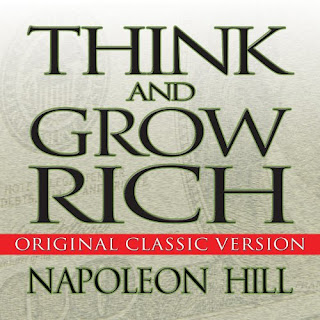 · To fix your attention on the best is to surround yourself with the best, and to become the best.
· * To get rich, you need only to use your will power upon yourself.
· *To permit your mind to dwell upon the inferior is to become inferior and to surround yourself with inferior things.
· *To think according to appearance is easy; to think truth regardless of appearances is laborious, and requires the expenditure of more power than any other work man is called upon to perform.
· *To think what you want to think is to think TRUTH, regardless of appearances. 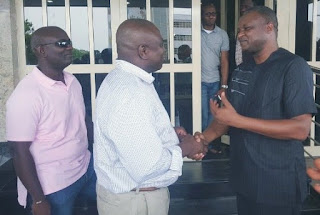 The story of newly appointed Deputy Commissioner of Police (DCP).Abba Kyari, A Super Cop, whose name often spells doom to many criminals and notorious kidnappers, nationwide, is not far from the fact of life story in the Napoleon Hill classic
For the gallantry and epoch making performance of Abba Kyari is what you get When Passion Drives Action, a type of result that can only be achieved when a man looks beyond the easy and immediate gains to his pocket and focus on integrity and decorum
Those Seven months after he emerged as Nigeria’s youngest Deputy Commissioner of Police (DCP), Nigeria’s celebrated crime fighter, Mr. Abba Kyari, is now a Deputy Commissioner of Police (DCP) did not come as surprise to many.
The promotion was confirmed early in the week, while Kyari is still being celebrated for the arrest of Nigeria’s billionaire kidnapper, Chukwudubeme George Onuamadike aka Evans.
For Abba Kyari, A lot Has Been Said about him . 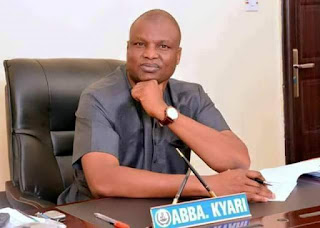 And this writer was natural curious on the prospect of meeting the dogged crime fighter for a human angle report They say first impression matters a lot and the first impression noticed in this assistant police commissioner was a mortal who is simplicity epitomized, soft spoken, amiable with a rare human relation that is not common With such warm and humble personality, you must not be fooled if you are criminal minded be sure to meet your waterloo as it has been for countless and notorious minded criminals all over the country, for beyond Kyari' soft facial disposition is a man of steel and armed with several military strategies to bring hitherto notorious criminals to book
KYARI; NOTHING BUT FELLOW HUMAN BEING...
A lot has been globally said of Abba Kyari's gallantry prowess and has made him become a recipient of several individual, corporate organizations, state \ Federal Government awards, but Kyari Told Us That He Is Nothing But A Fellow Human Being who takes long hours to strategically think Hence, He is not a spirit man, a fictitious character in a fairy tale imaginary movies or a superman Motivated By his admission of being just like every man, we probe further and found that Kyari's life as a kid is nothing but the typical grassy and very difficult scenario, and but for his hard work and determination, he could have been nowhere today in the society
RAISING UP FROM A POLYGAMOUS HOME
Abba Kyari, Though man of steel when it comes to his primary task or passion of bringing criminals or kidnappers to their Waterloo, is also a most emotional fellow when he shared with us the pains but now joy he passed through when he was growing up He Must Have Unknowingly Grasped The Nelson Mandela Notification Which Says “It always seems impossible, until it is done”...
Hear His Upbringing Story “when I look back to the past, I really didn’t imagine I could be where I am today, I think self determination was truly my saving grace " You see, from the mere age of 7 years, I was already taken care of myself because I was born into a heavily polygamous family with several wives and children " At 7 when day we woke up to find out that my mother has left our home, leaving behind me alongside my three other siblings age 5,3, and 1 " Growing without your biological mother was not an easy task, for there is nothing like a mothers warmth and love, so we had to content with what we got as second rate from our step mothers
"If you are from polygamous home and your biological mother is not in the mix, you need divine masses, for example growing up, all the children often eat together in one tray and at same time. And if you miss that opportunity you are gone, for it will not be Weary to tell your step mother to come do a special meal for you. That was the cross I found myself”, he said
HIS STORY FROM COMMERCIAL BIKE RIDING TO TOP POLICE OFFICER
Could every disappointment be a blessing in disguise? Could newly appointed Deputy Commissioner of Police, Abba Kyari being born in a polygamous home with his mother leaving their home when he was just 7 a sort of blessing in disguise? In A Most Elaborate Interview. Kyari Stated Thus" Am not ashamed to talk of my past... all though my university I fend for myself "I went one day and asked the price of jamb form, bought it with money I saved from my okada bike riding and got the form. Sat for the exam and passed "my getting admission to university of Yola did not make me dump the bike business. For if I did I told myself where will money come? My mum had left us and my dad had to large a family to contend with, so I kept driving the okada and saving the money. Most times I starved to be able to meet my tuition fee
“As Faith will have it. I was able to plan my time very well. And anytime we have no lecture I kept myself busy taking passengers and even fellow student. I was proud of what place
Bread on My Table. Helped me paid my school fees and event help meet some basic needs of my 3 younger siblings my mum left behind" 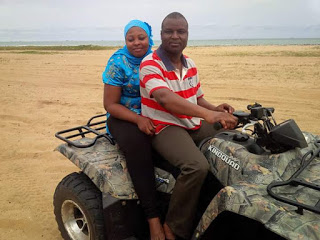 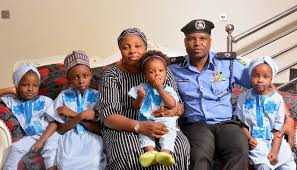 Speaking On the time he created to read, Kyari Divulged that he early life style he created to study has finally paid off for him today hear Him “it is now my life style... It has paid off for me. I never joked with middle of night study AND I love the quote “Sometimes there is no darker place than our thoughts, the moonless midnight of the mind, by Dean Koontz
“So when others sleep at night. I study, it is now my lifestyle to do my police service job in the ungodly hours of the night when many sleep, today that has remain my passion, I still create time to read my mails and newspapers at night initially my wife was worried, now they are used to it” He stated
· BIG Congrats to the newly appointed police Deputy commissioner
-A CERUTTI MEDIA, "GRASS TO GRACE Report