FRONTLINE COLUMNIST, LOUIS ODION FNGE BARES HIS MIND ON PDP VS PDP:Modu-Sheriff: The spirit of law 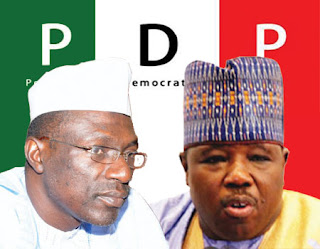 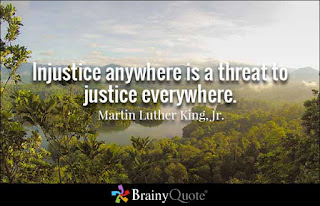 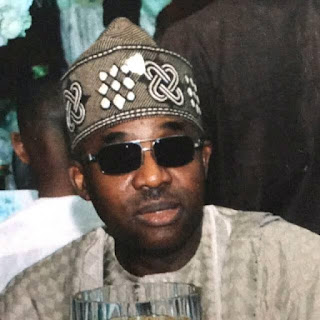 It is quite human for Ahmed Markafi and co to quickly imagine the worst storm is over following the legal life-line from the Supreme Court last week and therefore relapse to the iniquities and debauchery of the past. But unless the dominant faction of the beleaguered Peoples Democratic Party now has the sobriety to decode the hidden lessons in the adversity suffered in the past fifteen months, they may realize sooner than later their ululation was premature.
The first step to self-redemption will of course be an admission that its downfall in 2015 was brought on by years of sins, followed by a show of humility to serve a penance. Nothing emblematizes this legacy of shame more than the latest revelations from American courtroom of how PDP's erstwhile princess of oil, Diezani Alison-Madueke, and her male collaborators consistently bled the nation's exchequer between 2010 and 2015 and splurged their loot on vanity. Part of it went into bribing INEC officials to help fix results in favour of her party.
By conservative estimate so far, PDP's Diezani bled Nigeria to the tune of $6b through sweetheart concessions to her cronies or outright pocketing of oil receipt for the five years she presided over the nation's oil and gas industry.
In one telling instance, the psychedelic Jezebel was even quoted in an intercepted phone conversation as tutoring her fellow accomplices to be careful the way they went about flaunting their sudden wealth lest the people they were stealthily robbing became suspicious.
A reminder of what another kleptocrat in history, Mobutu of Zaire, once famously told those aspiring to follow in his footsteps at home: "If you want to steal, steal a little. If you steal too much, the whole town will know and will soon come after you."
To famished soldiers murmuring at the presidential gate over unpaid wages, the great capone brusquely asked, "Were you not issued uniform and guns?"
What Diezani and co purloined is different from the hefty $15b bazaar Sambo Dasuki presided over in the diversion of cumulative defence votes.
Much as PDP would wish the congenitally forgetful nation quickly loses these memories, it is doubtful if the ghosts will readily vanish. A vast number of its leaders are known to have refunded their own share of "Dasukigate". So, by now, the inheritors of what remains of the the once "biggest party on African continent" should know that nothing could be more offensive to public sensibilities, indeed suggestive of utter lack of contrition, than continuing to reserve their front-row seats for faces already implicated or tainted in that infamy. 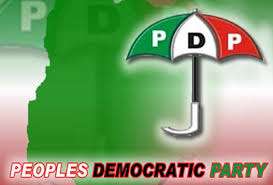 Next in the rehab blueprint should be a resolve to purge itself of the virus of greed. It manifests in the cabal culture that upends internal democracy, a pathology that has haunted it right from Obasanjo days. It accounts for the emergence of Ali Modu-Sheriff in the first instance.
With the fall of Goodluck Jonathan in 2015 and the inevitable forfeiture of moral authority, a clique scrambled in to fill the vacuum by foisting on the party the most unlikely character who, over the years, had only proved to be an itinerant undertaker, cold-blooded mercenary, fresh from the sewer.
The cartel's calculation was simple: they wanted Modu-Sheriff to hold the horns as interim national chairman from February 2016 while they milked the cow ahead of the 2019 presidential elections.
But a ruthless schemer himself, the hireling from Borno had his eyes on PDP's presidential ticket as well. In fact, he was said to have separately wooed two of the PDP governors to be his presidential running-mate. The duo, who were quite instrumental to his being crowned the party head, only got to know this while comparing notes and soon rallied others to pull the rug from under Modu-Sheriff's feet at the now historic Port Harcourt Convention of May 2016.
If not for greed, the cabal should have known from Sheriff's antecedents that he is incapable of any commitment without a guarantee of self-aggrandizement. Even as ANPP governor between 1999 and 2007, Modu-Sheriff was known to be Obasanjo secret agent who helped suborn the then opposition party to the wiles of the ruling party.
As governor, he is reputed to have provided the feeding trough for the first generation of Boko Haram at the beginning of this Republic. They provided him muscles to chase his political rivals out of town. As part of their own share of the election spoils of 2003, the office of Finance Commissioner was allegedly ceded to the future terror organization.
But as with any partnership founded on an ideal less than noble, that political romance soon collapsed following the gruesome murder of the Finance Commissioner nominated by Boko Haram.
Again, it is a measure of of the naivety of the cabal to have recruited a man said to be related to President Buhari of APC by marriage and expected him to act differently. As a top APC player once put it half in jest, half in earnest to this writer, "Well, Sheriff just has to do the work of a Sheriff in the PDP". That is, the sort of dirty job the British colonialists would euphemistically call "pacification" in the heady days of independence struggle by native agitators.
Overall, by the judgement of last week, Supreme Court clearly acted on the side of the spirit of the law which is more morally compelling than obsession with the fine letters of the law. The lower courts that indulged and provided Sheriff shelter had undoubtedly conveniently chosen to hide behind the technicality of law.
Moments after the door was shut firmly against him in Port Harcourt, wily Modu-Sheriff quickly addressed a press conference and unilaterally declared the party was now ready to "obey" a subsisting injunction forbidding the scheduled convention.
That was a smart maneuver by a political buccaneer. He seemed right by the letter of law. Though Sheriff then continued to flaunt the party's staff of office, everyone knew it was ill-gotten. Everyone knew the Markafi group had more clout and the crowd. It soon became clear that the only one actually profiting from the hemorrhaging PDP was the ruling APC left to frolic with reckless abandon in the absence of a virile opposition.
But with the Supreme Court judgement, a flicker of hope has undoubtedly been raised for the deepening of democracy in Nigeria, without which the national space risks becoming an exclusive arena for the hallelujah choir. A republic is doomed and the polity in great peril without a check-and-balance valve. It however remains to be seen if PDP can seize this historic moment.
Some have proposed reconciliation. But it will be futile seeking to force the co-habitation of strange bedfellows. As the seemingly intractable crisis bedeviling ruling APC has demonstrated, shared value is what ultimately nourishes and grows a party, not soaring sloganeering or fancy insignia for that matter.
In his own reading of the Supreme Court verdict, euphoric Peter Obi was quoted as saying, "The current agitation over recession and restructuring will soon be over". It is precisely because of mentality like this that PDP was forced to its knees in 2015. Such verbiage only suggests the resumption of the wheeling-dealing of old.
Enough of the carnality of "share the money". What this moment calls is a change of attitude. 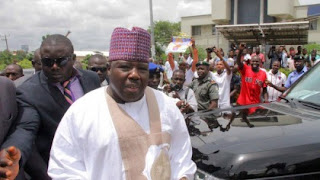 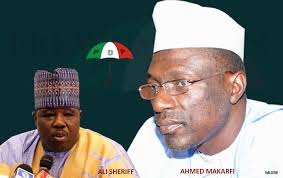 Fortuitously, PDP has the October convention to demonstrate to the nation that it has learnt some lessons. The process leading to it and its outcome will indeed tell if a mortician would be invited or a receiver-manager needed to help negotiate possible bankruptcy.