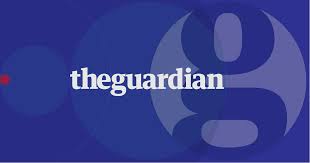 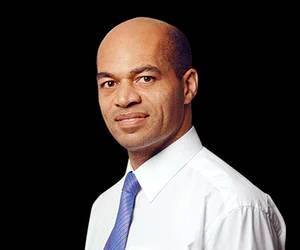 Did anyone wonder why Clive Myrie was reading the BBC’s News at Ten on Wednesday night? Of course he’s a dab hand at it. But was it also because this black male presenter was the only top anchor available who wasn’t on the corporation’s rich list, which led the news that day? So there was Myrie telling us all what his colleagues Huw Edwards, Fiona Bruce and Sophie Raworth were earning.
The revelations about the pay of the BBC’s top stars have received wall-to-wall coverage over the past 24 hours. Virtually every front page ran with it: “BBC’s gender pay gap revealed,” splashed the Telegraph; “Two-thirds of top-earning stars are men,” said the Times; “Bloated Blokes Club” was the Mirror’s headline; the Guardian led with “Backlash at the BBC as male stars dominate top-pay list”. These were followed by a succession of articles on why woman are losing out to men.
Of course it’s right that sexism within the industry is explored in detail. But what about the other “pay gap” revealed by the list of 96 stars earning over £150,000? Just 11 were black or ethnic minority. And of these, none were in the top 24. Indeed, seven were on the bottom rung, so if the list had been of those earning over £200,000, it would have included just four of 57 names; and of those over £300,000, there would not have been a single one. Yet beyond the Guardian and Metro, barely a single newspaper article or column led on this fact.

In truth the disparity is far starker than the above figures suggest, because the BBC list included only those on the corporation’s payroll and didn’t include all those paid by independent production companies: the David Dimblebys, for instance; all those (almost all-white) game show and comedy panellists; the food and gardening show hosts. The 96 names on the “official” talent list are a tiny fraction of all the faces and voices on the BBC earning over £150,000. Think of a show – Masterchef, Have I Got News for You, The Apprentice – and the chances are that its stars’ fees will not have been revealed. And the chances are even greater that those stars will be white. 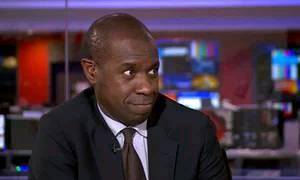 But the lack of coverage of the race pay gap goes to a wider problem: the lack of minority voices at senior levels of the media, who can put these issues on the agenda. Race issues are simply not on the radar of most senior journalists; and though sexism is clearly an endemic problem at all levels of society, at least there are now female editors and columnists who can call it out when it happens.
By contrast, black voices in the national press are rare. We have the news and opinion filtered through white mouthpieces, so only the extreme, unequivocal cases of racism are ever given a hearing. We hear of ex-football manager Ron Atkinson calling a player a “fucking lazy thick nigger”, or of the ex-England captain John Terry calling another player a “fucking black cunt”; or even of the excesses of Katie Hopkins or Kelvin Mackenzie, or MPs using the N-word. But the daily, more subtle but far more pernicious racism – of discrimination in housing, in schools, in employment – goes largely uncommented on. It’s as if white editors don’t get racism unless it’s presented to them in sparkling 12-foot-high letters.

The fact is, you wouldn’t even need two hands to count the number of black columnists in the national press. For something to be deemed racist therefore requires prior white approval. I hate to compare racism and sexism, but imagine if there were no Polly Toynbee, no Suzanne Moore, no Deborah Orr. No women’s pages in the national press. It would be like the 1950s, where gentlemen writers would tell “girls” that everything’s fine, and that they should be happy staying in the kitchen and raising their children. Unless something really shockingly bigoted happened and the men could rush to condemn it just to show how they really appreciated women. Welcome to Black Britain, 2017.

The women writers I’ve listed above, and many others, have educated and informed the dominant male culture immeasurably over the years, giving both an insight into gender issues, and also a different perspective on other major national and global issues. Their black equivalents are rare. We have no black pages in the national press, with a chance to write with a minority audience in mind. This leaves little chance to raise these issues on a regular basis, and to gain a wider understanding of how racism impacts on Britain’s minority populations – and also to nurture future talent. Yes, there has been progress – a decade ago there would probably not have been a single black or brown face on the BBC’s list. But change is still painfully slow.
But now I spot a chance. Given the huge budget pressures the BBC will now face after an onslaught from female stars demanding pay parity, it’s clear there’s one thing it could do if it wants to keep costs down: employ more minorities.