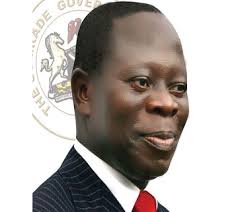 Though continents apart, there are a surfeit of parallels between former US President Barak Obama 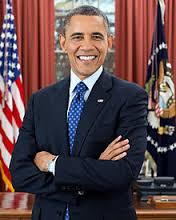 and retired Governor Adams Oshiomhole of Edo State. Both are not only southpaw and gifted orators, but also united on account of timing and circumstances of their ascension of office.
Eight years ago, the world was confounded by the fairy tale of the son of an African immigrant, raised by the maternal grandparents, who clambered through all the odds to lead the most powerful white-dominated nation on earth. The same way the Nigerian nation was enchanted by the legend of a lithe lowly factory worker who wrestled down boardroom giants, survived countless incarcerations, roused the labour movement from docility, and would come from the outside to seize power in Edo from ruthlessly entrenched godfathers.
The tidings of Obama's historic win in November 2008 were still ricocheting across the universe when the news of Oshiomhole's victory filtered in from a Benin courtroom on November 11, drawing the curtains on a titanic legal duel to retrieve the mandate earlier stolen in April 2007 by the Peoples Democratic Party.
Just as Obama had to nurse America back from deep financial stupor, Oshiomhole met a state that had technically failed on account of sustained gang rape by a succession of military predators and marauding political godfathers. With 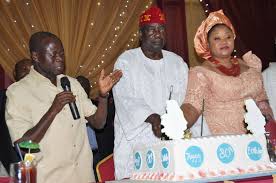 despondency spreading like cancer across the communities, Edo, once the envy of Portuguese explorers in the fifteenth century, more or less became the new synonym for the exportation of human flesh to western red-light districts.
While approaching the exit point, though narrowly missing the chance of having his own anointed (Hillary Clinton) succeed him, Obama is still credited with high approval rating - an uncommon phenomenon in American politics. Ditto Oshiomhole who bowed out of office tomorrow not only in a blaze of glory but also with the distinction of being able to anoint his own successor.
Looking back, opinions will certainly be divided on Oshiomhole's style. While his often abrasive rhetoric would grate the ears of those weaned on the diet of diplomatese, what is however undeniable is his deep passion to improve the human condition in Edo.
For instance, with the once voracious flood-water now effectively tamed at the iconic 5-Junction, Uselu axis, Uwelu quarters, Siloko, Teachers' House, Upper Lawani in Benin City today, the first-time visitor will probably take things for granted.
But years back, precisely in 2002, this writer had a rather sour experience. One had attended the burial ceremony of Kayode Komolafe's (Thisday DMD's) father in Igbara-Oke, Ondo State, and then attempted to connect Benin by road.
It was raining and already evening when we arrived Uselu. Expectedly, the resultant flood had made a bedlam of vehicular traffic along that corridor. Before long, not only did the raging flood submerge my car up to the bonnet level, I soon found myself and driver gasping in muddy water inside! My immaculate white agbada suddenly transformed to brown.
That the perennial flood has now receded in that part of Benin City is partly the benefit of the gargantuan N30b storm-water project undertaken in the past six years. It is indeed a monument to Oshiomhole's daring of a ruthless history, financial courage in the face of sparse resources.
In the times ahead, the comrade-governor's legacy will easily be defined not just by the massive transformation of Edo's physical landscape but also the regicide of the old guard. While seeking to unravel possible battle stratagem that enabled Oshiomhole's triumph over the hitherto fearsome godfathers at a valedictory colloquium in his honour in Benin last Sunday, erudite scholar, Professor Adebayo Williams, alluded to the adaptation of military tactics of reconnaissance and surprise attack.
Well, what should be added is subversive diplomacy. Only that could explain Oshiomhole's uncanny ability to charm the Abuja power-mongers for six harrowing years against yielding to the suffocating pressures from then almighty godfather, Chief Tony Anenih, to deploy federal might to over-run the plucky irritant at the Dennis Osadebey Avenue.
The Oshiomhole administration was conceived in war in 2008 and had to stay vigilant, day and night, till PDP was displaced from Abuja in 2015.
As his Information Commissioner at some point, this writer had the privilege of a ringside seat during some of those dark moments. Federal instruments were mindlessly deployed to intimidate the ACN (now APC) government in Edo. At the godfather' instance, agencies like EFCC were used to harass and torment government officials ceaselessly. By 2014, it is on record that one of Oshiomhole's commissioners had clocked about 100 trips to EFFC to answer anonymous petitions making fictitious claims! 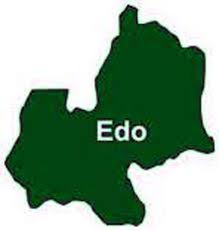 During Oshiomhole's first year in office, PDP completely dominated the state assembly, thus rendering the governor a lame target for Anenih's snipers. Not until the stolen seats at the Anthony Enahoro House were recovered one after the other through a painstaking legal cockfight lasting another year did the former labour leader eventually find his caustic tongue and begin to spread his wings.
To neutralize the conclave of godfathers including Anenih and the Igbinedions, Oshiomhole knew he had no choice than to toil tirelessly. To remind the people of the sordid past when public fund was privatized, a giant bill board screaming "No more for the godfather!" was often hoisted by each school, road or hospital project. Not even federal establishments like police and army barracks were left out of the projects bonanza. So much that when a retired General was fielded by PDP in the 2012 polls, results from the barracks showed that soldiers and their wives voted massively for Oshiomhole.
The latest person to attest Oshiomhole's indelible infrastructural footprints is President Muhammadu Buhari. After inspecting and commissioning two of such legacy projects (a 200-bed five-star hospital in Benin and a brand-new university in Iyamo), PMB, ordinarily austere with words, was full of adulations for Oshiomhole.
By Buhari's own account, today's Benin has almost become unrecognizable compared to the picture of the rustic city he was forced to reside three decades ago. Since he became president, outside his native Katsina, Edo should rank as one of Buhari's most preferred destinations for official visit. Between May 2015 and November 2016, he had visited the state thrice. This, said he, is "only because Oshiomhole has done well. Each time, I always have good projects to commission."
The weight those words carry is better appreciated given Buhari's own involvement in the narrative of the old Bendel State on account of an accident of history. Precisely 30 years ago, a nondescript bungalow at No 8 Commercial Street in Benin GRA became his new detention camp after a stint in Akure following the August 27, 1985 palace coup led by General Ibrahim Babangida.
Though he would spend the next two years in solitary confinement, Buhari, from the "secrets" later declassified, still found ingenious means to feel the pulse of his immediate surrounding, if not the nation at large.
His cook then has since grown through the ranks to become the present chief matron at the Benin Government House. It was, therefore, quite an emotional moment between the former political prisoner and the care-giver after Oshiomhole introduced Mrs. Grace Ilechukwu to the president during a luncheon in November 2016.
Two, while Buhari's detention lasted, the then military administrator, Brigadier John Inienger, creatively devised a means of getting newspapers to him, at a huge risk with his then commander-in-chief (IBB) in Lagos. The unwitting "smuggler" was no other than Senator Ehigie Uzamere, then a senior architect with the Bendel Development and Property Authority.
Inienger, recalled Uzamere to this writer with an impish smile, tersely stated he wanted newspapers supplied daily to "my close relation staying No 8". That was how the then starry-eyed civil servant began to drop off newspapers at the gate of the said house each morning for close to two years, without ever having the faintest clue the recipient was actually the nation's biggest political prisoner and the immediate past No. 1 citizen.
On arrival in Benin on November 9, 2016, the president, forever a man of simple taste, preferred to stay in a very modest apartment in the Goldmine, the Guest House inside the Government House complex. The governor and wife had already evacuated their own apartment on the eve of Buhari's visit but were soon told the august visitor would just be fine with the "small place".

But beyond the issue of brick and mortal lauded these past few days, more far-reaching is Oshiomhole's dismantling of the pillars of Tuketuke politics as embodied by the old barons of the PDP. That had meant the disempowerment of the people over the years by a small fraternity of profiteering godfathers. While the primaries that produced the flag-bearers for both APC and PDP in the September 28 polls were undoubtedly rancorous, at least there was a consensus among the local political class that intra-party democracy was growing, unlike in the past when the godfather would arrogantly foreclose any contest and unilaterally dictate who got what.
In the final analysis, it would be intellectually dishonest not to acknowledge a new concern. Even as the ashes at the funeral pyre of the old order begin to wax cold, some are beginning to express apprehension at the prospects of godfatherism resurrecting in another form elsewhere. While such fear is indeed legitimate, let it however be said that such reading abysmally fails to be cognizant of the logic of change.
Once the people had already tasted the honey of "one man, one vote", they are unlikely to easily cower before the forces of imposition next time without a fight. If nothing at all, Oshiomhole already deserves praise for the new culture.
So, will the furiously adamant Adams, master of withering wit, the Nemesis of PDP, the conqueror of Anenih and other little political gods and the scourge of Tuketuke politics now step forward and take a bow. 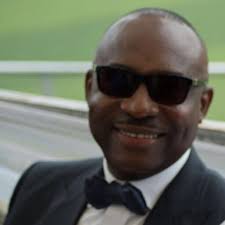