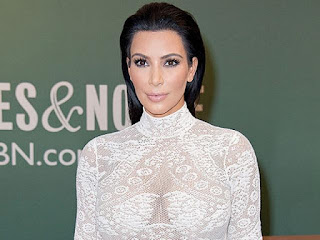 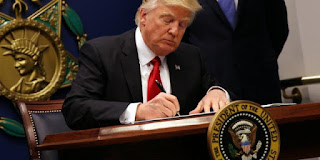 It is not for nothing that she is rated as one of worlds most pretty ladies
Kimberly "Kim" Kardashian West,originally born Kimberly Noel Kardashian;  is an American reality television personality, socialite, actress, businesswoman and model. Kardashian first gained media attention as a friend and stylist of Paris Hilton, but received wider notice after a 2003 sex tape with her former boyfriend Ray J was leaked in 2007.
Today she seems  to be re branding her image by image by delving into deep political controversies,the latest of which is  her attack on America President Donald Trump
Only last  Friday, President Donald Trump signed an executive order that temporarily bans any refugees from entering the U.S., indefinitely bans refugees who hail from Syria and temporarily bans citizens from several Muslim countries from entering the U.S. 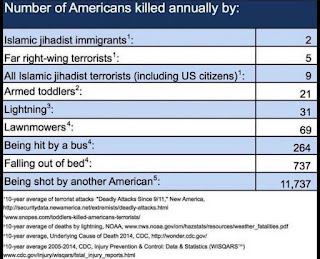 The controversial order that has sparked protests across the country has outraged many, including a slew of celebrities and politicians. Kardashian West has joined the growing list of people sharing their grievances online.
The star, 36, shared a graphic on Twitter that showed the number of Americans killed annually by various circumstances. The fatal injury report deemed that two people are killed by Islamic jihadist immigrants each year, which was compared to 11,737 individuals killed by being shot by another American. Kardashian has some insight into the plight of refugees as she is a descendant of people who were forced to flee their country.
Her father, Robert Kardashian – a lawyer who died in 2003 and is best known for defending O.J. Simpson – was an Armenian American whose grandparents immigrated to the U.S. after fleeing their native Armenia when it was under Russian rule. 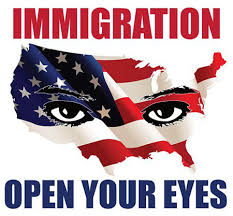