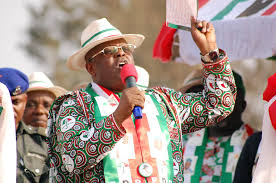 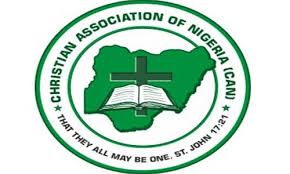 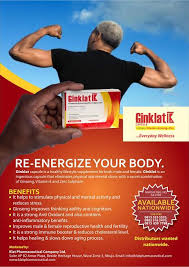 “What's the whole point of being pretty on the outside when you’re so ugly on the inside?IS a quote by Jesse Scot, many are fake and it is not surprise that recently Governor David Umahi of Ebonyi State came out openly to advised  the  state chapter of the  Christian Association of Nigeria  to check  fake pastors whose activities have  continued to constitute a threat to true Christian worship.

Umahi gave the charge during an  interdenominational thanksgiving  service to mark this year's 56th independence day celebration and 20th anniversary of the creation of Ebonyi State  at the  Assemblies of God Church, Abakaliki on Sunday. 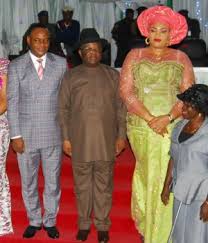 He said, "Let me appeal to the church,during the last election, there were some so-called churches that were  destroying the name of the Lord. I know that they and their pastors still exist.  I therefore  ask  CAN to check them. It is not everybody that calls the name of the Lord that is actually of God. I will be ready to join you   to check their activities."


Umahi, who listed the categories of people to be recognised  during the next independence day celebration and Ebonyi at 21,thanked the church for supporting his administration through supplications.


He also called on the churches to preach hardwork and reiterated that his administrator would  soon ask  the Legislature to enact a law against idleness.
"Soon we are going to make a law to ensure that no body is idle in this state because an idle person is a  devil workshop.   If  there are    idle  people in the state,we will  have a collection center where they can go  and eat free and from there, we will  take them  farms."

In a sermon, the chairman of CAN in the state,Rev.Emmanuel Nshi,identified obedience to God as the antidote to the present social economic and security challenges in the country. He  advised Nigerians to seek the face of  God  and stop blaming one another on the woes facing the country.

Intercessory prayers were offered for the sustenance of peace and good governance in Nigeria. 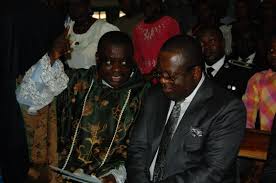 Prominent people  that  accompanied Governor Umahi to the thanksgiving  service included   the first    military administrator of the state,Walter Feghabo; Senator Sam Egwu and a former  President of the Senate,Pius Anyim.