BY MIKE CERUTTI OSAGIE
It is not for nothing that current Nigeria’s multiple awards winning best style female personality of the year,  Eunice EFole has often been described in superlatives and rated in very high esteem by the mass media in particular and the society circle in general
In the words of her imperial majesty, late Coco CHANNEL, “Style is innate and is not something that can be purchased by money” that seems to be the norm that best described Eunice Efole, who since, in  the last five years has consistently  won the best dressed style Icon awards.
She has been awarded four times style Icon of the year by various media organizations; it is to the testament of her consistency in the last decade portraying her innovative, creative style designs
Her stylish, creative designs abilities are legendary.
Her collections of award includes, but not limited to
·        CITY PEOPLE MEDIA GROUP  MOST STYLISH WOMAN OF THE YEAR  (7TH  EDITION , FEBRUARY  2012)
·        DISTINCT STYLE AWARD, STYLEBORN,LIFESTYLE  MAGAZINE,1ST EDITION ,MAY 2013
·        VANGUARD MEDIA  ALLURE FASHION/STYLE ICON AWARD SEPTEMBER, 2013
·        CLASSIC AFRICAN MERIT AWARD(CAMA) BY CLASSIC MAGAZINE AS STYLE PERSONALITY  OF THE YEAR, SEPTEMBER 2015
This year, the Nigerian Merit Award have decided to honor her with the prestigious award of THE YOUNG INSPIRATIONAL PERSONALITY OF THE YEAR AWARD, all these various awards  are testimonies of her outstanding style and panache
This is not a surprise to many that know her, for her life is nothing but total motivation and fact based on the norm that you can be all you want to be if only you believe in the beauty and passion of your dream
Though raised from a very successful and disciplined home, in Warri,  Delta State, Nigeria . Her late father was a very successful architect /property developer who built the famous Hussy College and Urogbo both in Warri, Delta State. Her mother was a Seamstress, Restaurateur, a seasoned business woman and also a political leader popularly called “MADAM UPN” 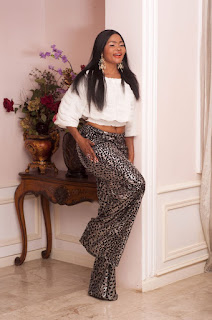 Eunice never allowed her parents wealth or affluence get into her, rather, she walked her way to the very top, building a name and reputation for herself as a property developer, business mogul  and fashion icon
Eunice Efole, our YOUNG INSPIRATIONAL PERSONALITY OF THE YEAR AWARDEE, has consistently maintained a fashionable and stylish appearance in the society for over a decade, in view of the fact that her fashion style has always been sophisticated, classy and chic, little wonder that she has now become a notable Fashion & style A LIST PERSONALITY in Nigeria.
A woman of many parts, Eunice Efole, is also an interior decorator, contractor to numerous multinationals in the Country; she is also involved in the importation of Navigational equipments/spare parts for vessels for the Nigerian Ports Authority, and NIMASSA –a marine and shipping regulatory company
. Beyond her major calling as property developer, Eunice is a reputable entrepreneur who sits atop three companies namely
·        EFOLE NIGERIA LIMITED 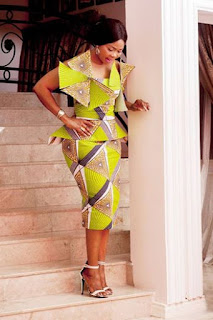 ·        SCRUTINY NIGERIA LIMITED &
·        ELEVATED PROPERTIES
Today, Eunice being named as THE INSPIRATIONAL PERSONALITY OF THE YEAR is not a surprise, as she is a lady that ventures boldly into the property business hitherto seen as male dominated business -a trait she imbibed from her late father
HER  Foray into the property business was a vision realized by sheer determination to be  a landlord and today she has successfully built three mansions in the " A" Series area of  Lekki phase 1, Lagos
With a humble lifestyle based on simplicity, elegance, comfort and  uniqueness that Eunice is one of Nigeria’s  style Icon  is not in doubt, a fact that has followed her from her childhood days, where funds giving to her as pocket money is often saved wisely to help her purchase the best quality  products. 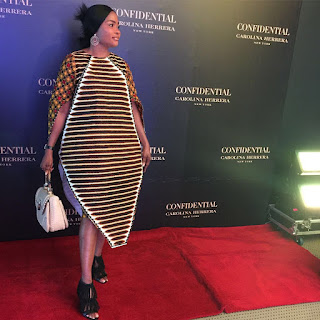 ·        IN CONCLUSION, Eunice Efole famously said in quote “My style is Elegance, Classy and Comfortable.  I wear cloths, cloths don’t wear me” 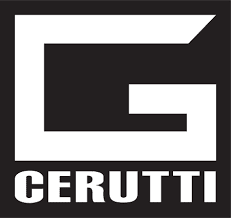