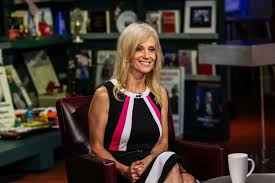 Donald Trump's campaign manager, Kellyanne Conway, casually inserted the age of George H.W. Bush into her response Tuesday to a report suggesting the former president would be voting for Hillary Clinton.
"Well, I respect the 92-year-old former president very much and his decision," Conway said in an interview with CNN's Erin Burnett. "And I think that Americans are very grateful to the Bush family for their public service."
What some observers saw as a subtle jab punctuates an apparently frayed relationship between the Bushes and the Trump campaign, after a messy GOP primary in which Trump, the Republican presidential nominee, repeatedly hammered his rival Jeb Bush until — and even after — the former Florida governor dropped out of the race earlier this year. 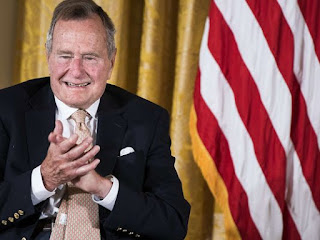 Conway suggested it was odd that the elder Bush might vote for "the wife of the man who knocked him out of the race," referring to Bill Clinton's successful run for the White House in 1992.
She then turned back to the current election, ripping the younger Bush's failed 2016 presidential campaign:
"This was a bruising primary, and Jeb Bush really failed all expectations that he would be the 'electable,' the predominant person on the stage," she said. "I mean, he lasted through South Carolina. Got out of the race before March 1." 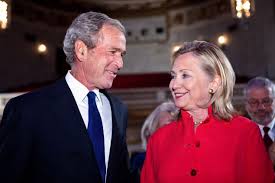 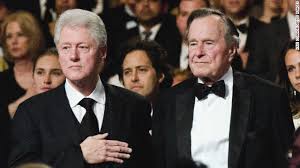 In remarks from North Carolina, where he held a campaign rally on Tuesday, Trump said he "wouldn't be surprised" if George H.W. Bush voted for Hillary Clinton.
"I mean, look, I fought his son very hard," Trump said. "It was a very tough battle ... And Jeb lost. He was expected to win. He was expected to be the nominee. He lost." 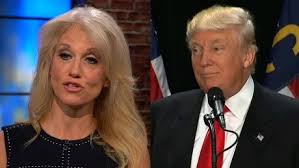