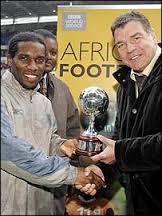 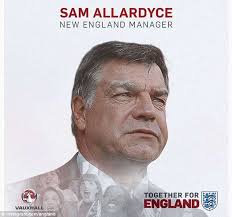 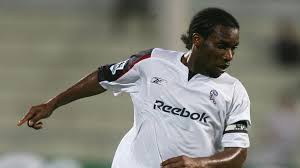 The evil that men do, lives long after them, is a very famous spiritual quote; likewise we can say that the good and dedicated works men put in whatever they find themselves swill forever live after them

Okocha has continuously been described in superlatives. He remains one of the greatest talent top come out of Africa, during his active days on the field; he makes the beautiful game look more beautiful to watch, O WHAT A TALENT? 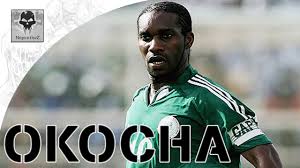 Early this week, global accolades came trailing Okocha again, all the way from England , where the newly appointed coach of the 3 lions (English NATIONAL team)Sam Alarddyce confessed that Okocha is the best captain he ever had or worked with during their days at the Bolton Wanderers, describing him as proficient, dedicated and brilliant on and off  the pitch 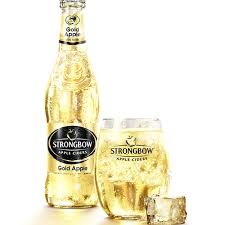 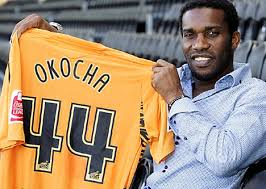 Hear Big Sam, as he is fondly called in a chat with London Daily Mirror “Jay JAY Okocha on and off the pitch was the captain you looked for. In a multi-national side from all over the world, Jay Jay could speak four different languages, communicate very well with some of the players who couldn’t speak English
“He sorted the odd scuffle out in the dressing room, talked to the players about how we had to go out and win, he will take the managers instruction to the detail and apply them in the right way
“Then there was outstanding ability on the field, leading by example and showing everybody he wasn’t  a mercenary which was suggested in the beginning that he’d only come for the money, at the end of the day he became an iconic figure at Bolton Wanderers “ Big Sam wrapped
·       WHAT A WAY TO SPEAK ON A BRAND, LONG AFTER CALLING IT A DAY WITH THE BEAUTIFUL GAME!