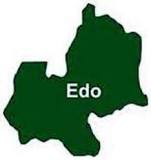 ·        By Mike Cerutti Osagie
For: CERUTTI MEDIA, POLITICAL PLATFORM UNIT REPORT
BUSINESS 20/7HOTLINE: +234 7042631895
Renown technocrat and seasoned administrator of human resource and economic development, Chief Godwin Obaseki, who is carrying the converted flag of incumbent party APC in the Saturday’s Governorship election is determined not to lose the bulk votes expected to come from the massive igbo traders  that are domiciled in the state capital of Edo state
To this end, Obaseki has vowed to make the spare part dealers domain of Evbareke MARKET IN Benin city if elected Governor
While appreciating the Igbos for making Benin/Edo in general their second preferred home in Nigeria, assure that one of his cardinal missions once in Government is to expand the market

Says he” As a seasoned business man myself, no trader will want to operate in a place that is congested, hence my plan is to  look deep into this sector because I know the EVBAREKE needs massive additional space and expansions in order to create better economic opportunities for residents in the state
“I regret to note that this market is already congested, so once in power, our task is to acquire a larger parcel of land at the Benin bypass, our Government will not only give you the land free, we will help to construct it with aid of investors and hand same over to you care of the Association of Auto spare part dealers, Benin Branch